Poles and Ukrainians have a long history of love and hate. Since WWII, relations between the states have thawed as their cultures are similar. 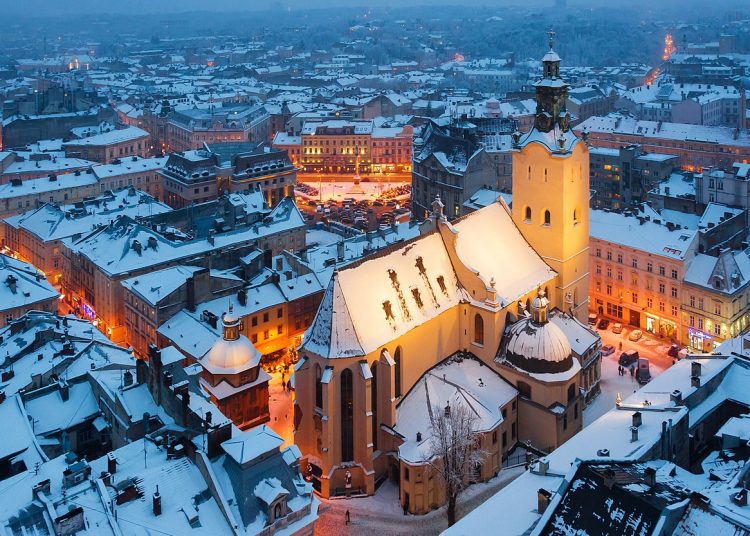 Part I of this article is available here.

The First and Second World Wars caused ruptures in Polish-Ukrainian relations. As soon as the German, Austrian and Russian empires collapsed, the re-emerged Poland assembled its armies and fought and won wars of independence against both Germany and Russia, retaking much of today’s Lithuania, Belarus and Western Ukraine, which were all, according to the Poles, part of the historic Commonwealth.

But the Poles, much to their surprise, had to fight the Ukrainians for Lviv, which both sides considered their own historic city. Further east, with support from Poland, the Ukrainians tried to recreate an independent country around Kyiv but did not have time to create a strong army to fight Russia. They were defeated and Eastern Ukraine was reincorporated into the Russian Empire, better known as the Soviet Union.

The eastern areas of the new inter-war Poland included many Ruski peasants considering themselves Ukrainian and there was some much resented aggressive ‘pacification’ by Polish forces. All major minorities in Poland – German, Jewish and Ukrainian – vigorously defended their cultures and there were clashes with mainstream Polish nationalism.

My father used to write articles in the Polish émigré press criticising racism in South Africa, and one day received a letter from an old friend in Australia. It turned out he was a Ukrainian whom my father saved from being beaten up by a Polish nationalist mob at Lviv University in around 1930.

With time things settled down, especially when the Ukrainians saw that things were far worse in the east, under Russian domination, where Stalin imposed his vicious dictatorship and was responsible for a terrible famine in the 1930s.

Eastern Poland is invaded by Russia

In September 1939, Germany and Russia both attacked Poland and split it between them. Eastern Poland / Western Ukraine was once again under the domination of Russia. Stalin promoted the fiction of Ukraine being a nearly independent Socialist Republic of the Soviet Union and encouraged anti-Polish resentment.

In some places it did not work. There were cases of Polish landlords being hidden from the Soviet security police, the NKVD, by their farmworkers or by Orthodox priests. My grandparents, Polish landlords, went into hiding in Lviv where their Ruski farmworkers secretly supplied them with food and clothing.

My grandfather, a retired Polish general, was never betrayed and so did not end up being shot by the NKVD (later known as the KGB) in the Katyń massacres like so many other members of the elite. However, there were also examples of Ukrainians betraying Poles to the NKVD. Jews were considered Polish and suffered alongside them – the elite shot at Katyń (including Jewish officers and the Jewish deputy mayor of Lviv), and hundreds of thousands deported to Siberia.

In June 1941, Hitler attacked Russia and so the whole of Ukraine came under German occupation. Initially Nazi propaganda called on the Ukrainians for support against Polish domination and against the Jews, many of whom were betrayed if not massacred by the SS or transported to death camps anyway.

As it gradually became clear that Germany would lose the war, the Poles and Ukrainians ended up fighting over who would take over the area once the Germans were gone. The Ukrainian Partisan Army, UPA, attacked the local Polish population in many towns and villages including one of the country houses owned by my family, Smordwa, where they were eventually beaten off after a bitter fight.

The number of Polish victims is variously estimated at around 50,000, and many Poles accuse the Ukrainians of outright genocide. The Polish film Wołyń highlights the extraordinary cruelty with which men, women and children were tortured and killed. My wife’s uncle was taken by the UPA and never seen again, presumed murdered.

The Iron Curtain descends across Europe and the Cold War begins

The division of Europe into West and East agreed by Roosevelt, Churchill and Stalin at the Yalta conference in February 1945, completely changed the picture yet again, and triggered a progressive improvement in Polish-Ukrainian relations ever since.

The ‘iron curtain’ ran down the middle of Germany and practically all peoples to the East of it were now under the domination of Russia, either as Communist states or as members of the Soviet Union itself. Churchill made it quite clear to the Polish government in exile in London and in hiding in Warsaw that they should accept the new order. 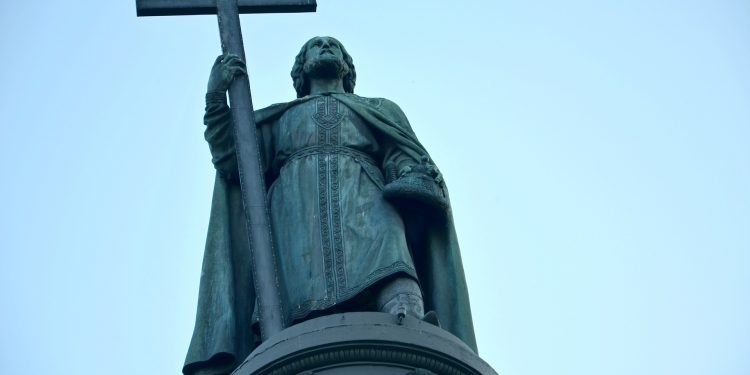 Lack of support from the West

Polish resistance forces totalling around 150,000, which carried on fighting for independence from Russia (known in Polish as the ‘Cursed’), received no help from the West and perhaps 20,000 were killed. The UK government connived in the Russian pretence that the Katyń massacres had been perpetrated by the Germans.

A thaw in Polish-Ukrainian relations

Then Polish – Ukrainian relations, both in the Communist bloc and in exile, started improving. Like the East Germans, they considered Stalin and Russia, with the shameful co-operation of Churchill and Roosevelt, as primarily responsible for their plight – so they were victims in common. They were also no longer minorities in each other’s countries.

Ukraine’s continued existence as a culture, language and country was no longer being threatened by a Polish elite, but by Russians being imported into the country to ‘Russianise’ it. Poles also had to learn Russian at school. Suffering under Stalinism, some Ukrainians looked back to pre-war Poland with nostalgia.

When I visited Lviv in the early 2000s many locals told me they were really Polish and their parents or grandparents loved Lviv so much they refused to be transported by Stalin to Wrocław.

Over 20 percent of Ukrainians are Greek Catholics or Uniates today, and they together with the remaining Roman Catholics take their religion and allegiance to the Pope very seriously, strengthening their links with Poland and the West generally.

Similarities between Polish and Ukrainian cultures

An example of the historic overlap between these nations is the poet Adam Mickiewicz. His patriotic poem, composed in exile in Paris and learnt by every Pole, starts (my rough translation):

Lithuania my country,
You are like health.
We only really appreciate you,
When we lose you.

Mickiewicz’ poem is addressed to ‘Lithuania’ but he had in mind something much bigger. His family home is today a national museum in Belarus. His statue is still standing today in Lviv. The rolling fields and forests of his poem are throughout former Ruś or ‘Greater Lithuania’. They all love him.

Towards the end of the Communist years, a feeling of togetherness spread among dissidents in all countries, including even Russia, who were in contact with each other in their struggles. As it happens, Poland under the iconic figure of Wałesa was first to overthrow its regime, which earned it a lot of respect from the other countries including Ukraine, which followed with its so-called Orange Revolution and then Maidan Revolution.

Once the regimes were overthrown, border issues threatened to spoil the euphoria. But reunited Germany made it very clear that it accepted the cession of its eastern territories to Poland as a permanent reality.

Poland accepted the cession of Lviv to Ukraine

Ukrainians were very anxious about Lviv because of its old Polish connections, but Poland very wisely took the same position as Germany: it accepted the cession of these lands to Ukraine as permanent. Poles travelled to Ukraine to visit their old properties and to do business. Ukrainians came to Poland to work as nurses or builders, and as hard-working fellow Slavs made a good impression. The war time generation is dying off and people are forgetting the atrocities.

The legacy of Vladimir the Great

But through it all, the memory of Vladimir the Great of the First Russia continues to loom over the former Ruś lands. Włodzimierz in Polish or Volodymyr in Ukrainian, it originally meant power and peace, or respected for his power. The president of Ukraine is named after him and no doubt considers it his historic mission to ensure that this time the Kyiv state will not be crushed, but will survive and flourish.

The President of Russia is also named after him and all the signs are that, with the support of the Russian Orthodox Church, which regards the current conflict as a ‘Holy war’, he attacked the other Vladimir because he wishes to recreate an Empire of all Eastern Europe, with Moscow and himself as a quasi-Tsar at the centre.

Poles have been invaded by Russia many times over the centuries; they know what it is like, fear more attacks in the future, and are giving Ukrainians all the support they can.