Poland is strategically important when it comes to Russia's aggressive military action, and as an EU member state it is now at a watershed 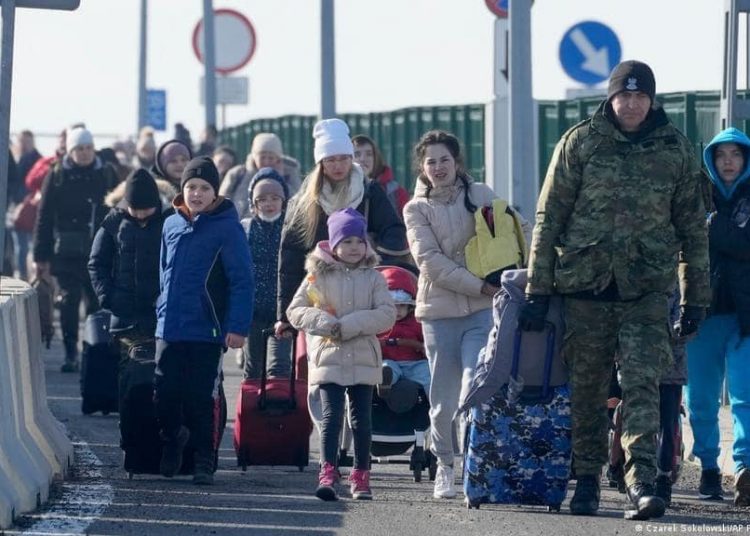 Ukrainian refugees from 2022, crossing into Poland, photo by Міністерство внутрішніх справ України for mvs.gov.ua is licensed under the Creative Commons Attribution 4.0 International License

In the last month Poland has become the centre of world attention, due in part to its role as the crucial land link to embattled Ukraine, and partly to the impressive way it offered safe haven for the three million refugees escaping from the Ukrainian battle zones. For adult Poles, however, the invasion of Ukraine is almost déjà vu.

Just as Poland in September 1939 fought alone against Hitler and Stalin, while the world looked on and expressed only moral support, so today Ukraine is defying Putin alone, while other countries like Poland sympathise but stand back. Yet, like France and Britain in 1939, Poland also knows that in 2022 it could be next.

Poland is currently not just the main link geographically between Nato and Ukraine, but also the area that could also be the future likely battleground, should Russia and Nato find themselves at war. Putin believes in the Brezhnev Doctrine. He wants to reverse the dismemberment of the Soviet Union and to restore Russian power to what it was before 1990.

Not only must he recover Ukraine, but also force Nato to retreat from Eastern Europe, and Poland in particular. At each step, he has also threatened to use tactical nuclear weapons. So, behind its seemingly secure Nato border, Poland has to perform a careful balancing act.

Before war broke out 59 percent of Poles wanted their country to help Ukraine militarily in the coming fight. Poland has supplied anti-aircraft ‘Patriot’ rocket batteries and considerable small arms ammunition to Ukraine from the very beginning. Poland also benefits from the presence of Nato troops from many countries as well as the new activation of the AEGIS medium-range missile system on the Baltic coast. Poland is due to have the protection of Britain’s Sky Sabre warning system against the Iskandar cruise missiles, which surround Poland from the Kaliningrad enclave in the north and from the Russian army in Belarus to the east.

Instinctively Poles would have been happy to offer Ukraine even more substantial military assistance. However, the Poles are restricted by having to conform to Nato’s agreed joint strategy, as they do not want to find themselves isolated by breaking Nato ranks and provoking a Russian response against Poland alone. In the meantime, Nato has to temper its support for Ukraine by not provoking a nuclear conflict.

That is why the deal announced by EU officials that Poland was to hand over 27 Soviet-style MiG fighters to Ukraine backfired. The Polish government jumped the gun by offering publicly to leave the planes in a Nato base in Germany for the United States to hand over. However, President Biden vetoed the arrangement as being too risky, and this led to what appeared to be an open rift between Nato allies.

With hindsight it would have been better to have let the Ukrainians have the planes as a fait accompli without any fanfare. They would have been a useful extra tool for Ukrainian pilots trained on MiGs to attack Russian road convoys. 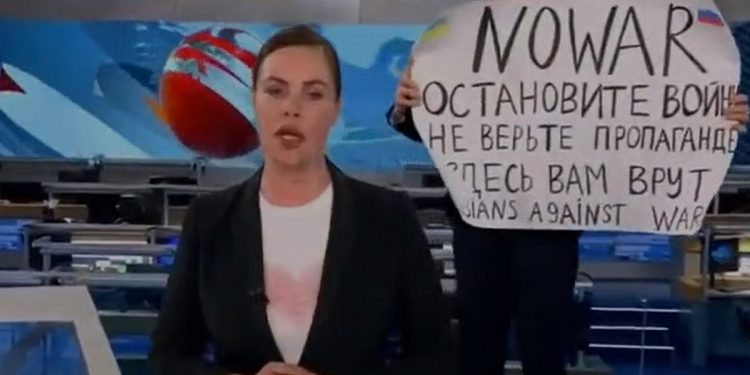 Poles see Ukraine as a necessary buffer between Poland and Russia, whose independence not only protects Poland, but also neutralises Russia’s ambition to be an aggressive imperialist state. This supersedes any historic resentment by elderly Poles against the mass murder of Poles by Ukrainian nationalists during the Second World War and the loss of its eastern territories, including Lviv, at the end of that war. It is important to stress here that Poland is not a revisionist state and is determined to remain within its post-1945 borders.

The Polish prime minister, Mateusz Morawiecki, was able to take the initiative by visiting President Zelenskyy in Kyiv last week, along with his Czech and Slovene counterparts. They travelled as representatives of the European Union and promised Zelenskyy a continuation of military and material support for Ukraine, but not the no-fly zone which Ukrainians had wanted. They could also promise a fast track for Ukraine’s membership of the European Union. Ostensibly this is not as provocative as membership of Nato, although to Putin an EU presence in Ukraine is as militarily provocative as Nato membership.

The visit was intended as a morale booster, which delighted the Ukrainians and visibly angered the Kremlin. Morawiecki was accompanied by the reclusive Polish political strongman Jaroslaw Kaczynski. He is the twin brother of President Lech Kaczynski who was killed in 2010 in an air accident over Russia, in circumstances which the remaining twin interprets as a political assassination. Ever a risk taker, Kaczynski floated an alternative option of an armed Nato humanitarian mission in Ukraine, but this initiative was not part of Nato or EU policy. Perhaps it would have been more sensible to suggest a UN mission.

As compensation for their inability to help the Ukrainians’ war effort, the Poles have initiated a massive campaign of material and financial aid to Ukraine and have, literally, opened their doors to near two million Ukrainians, mainly women and children, who have poured across the border into their country. There is a deep sense of identity with Ukrainians. It has led to a generous and selfless eruption of hospitality that has surprised the world, particularly after the grim confrontations Poland had last year with Middle Eastern migrants driven onto Poland’s beleaguered border by Belarusian soldiers.

This reaction seems even to have surprised the Polish government which had not prepared any refugee camps or government assistance points at stations or border crossings or legislated for any compensations payments to those who house Ukrainians. Yet the whole country acted like a levee en masse, with individuals, families, parishes, sports clubs, businesses, and local government organising a massive spontaneous countrywide effort from their own modest resources.

This came from a deep sense of common ethnic identity with a people whose country is facing a similar historical plight, and whose survival is essential for Poland’s security. This national effort to welcome Ukrainian refugees has inspired other countries to be generous too in their help, and to assist Poland in turn with financial and medical resources.

The government is catching up, however. It has just passed new legislation to allow Ukrainians to apply for a national insurance number and thus to share the same rights to work, housing, and benefits as the indigenous population. Ukrainian children are being enrolled in Polish schools and a monthly subsidy is now being offered to all those who invite Ukrainians to stay in their homes. However, the mayors of Warsaw and Krakow have already stated that their population has increased by a third in the last three weeks. They cannot take more. Migrants now need to be moved to other parts of Poland or be sent further west.

The sanctions will hurt. Poland is already undergoing an 8 percent inflation rate, and this will rise further still. Poland will undoubtedly suffer too from a shortage of imported gas, 50 percent of which currently comes from Russia. Poland will have an alternative energy source, particularly with coal, oil, renewables, and nuclear energy. It also hopes to link up in the autumn to a new pipeline, the Baltic Pipe, sourcing its gas from Norway and carried safely through Denmark.

Time for Poland to unify and reconcile with the EU

A sense of a common national project in helping Ukraine and the fear of war spilling over into Poland has somewhat softened the deep and bitter divisions in Polish society. The traditional elderly Catholic rural Poland that supports the current nationalist government has faced a more liberal secular urban younger population that identifies with some of the opposition parties. The government had increased the divide by seeking to subordinate the judiciary and the media to government control. This has also led to confrontation with the EU institutions and with Poland’s western neighbours.

The conflict with the EU has led to a blockage in access to the €36bn post-covid recovery fund in Poland. Opposition leaders, like former European Council president, Donald Tusk, have drawn somewhat closer to President Andrzej Duda, who has also grown in stature during the last months, vetoing the more repressive government legislation and acting as the main European spokesperson for President Zelenskyy. The time has come for reconciliation with Europe and for the possibility of an all-party coalition, so that a unified Poland can face the threat of war and continue the massive relief effort.