The prime minister has stated that Britain will change its visa system to allow up to three million people “a route to citizenship” if China imposes its new security laws in Hong Kong. 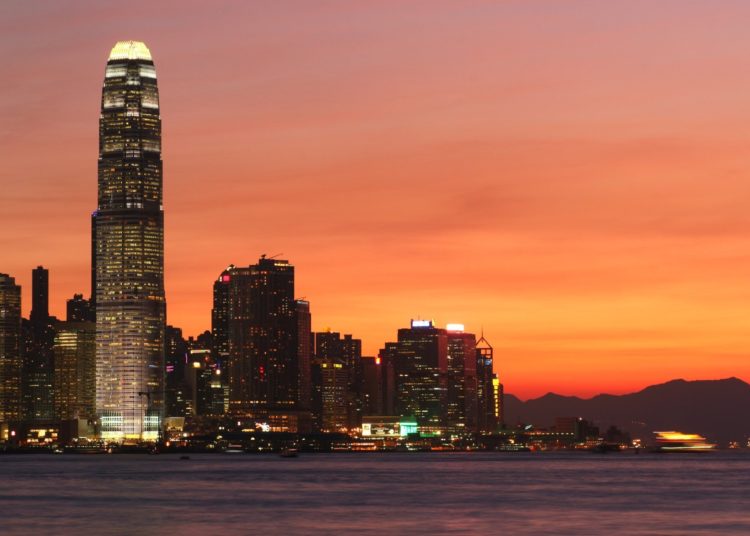 The prime minister has stated that Britain will change its visa system to allow up to three million people “a route to citizenship” if China imposes its new security laws in Hong Kong. Boris Johnson says Britain will “have no choice” but to honour its commitments to the people of the territory.

It remains to be seen how popular this commitment will be to the many Conservative voters who were promised immigration reductions during the referendum and at the last election.

British Hong Kong was a colony and British dependent territory from 1841 to 1997. In December 1984, Prime Minister Margaret Thatcher and Premier Zhao Ziyang signed a Sino-British joint declaration, in which Britain agreed to return Hong Kong when the lease term expired (1997). China promised to implement the ‘one country two systems’ regime, with a commitment that this would last for fifty years.

It would appear that the current Chinese leadership wants to abandon this commitment and bring Hong Kong into line with the rest of the Republic of China. It wants to silence dissent. This is being fiercely resisted on the streets of Hong Kong.

As the former colonial ruler, Britain has political, economic and moral responsibilities to the people of Hong Kong. We are being put in a position where we have to demonstrate that commitment. Where gunboats were once the answer they no longer offer any solution given the comparative might of both countries. Johnson knows his options are limited and to his credit, he appears to be making the best of what appears to be a very weak hand.

Sir Alan Duncan, Johnson’s one time deputy at the Foreign Office, claimed that the Leave campaign’s narrow victory in 2016 was because they “stirred up” people’s concerns about immigration. In 2017 in the US he stated:

“The manner in which the campaign was fought stirred up a lot of sentiment amongst people who were not habitual voters, particularly on the issue of immigration. You could feel blue collar, urban, traditional Labour opinion going viral for Leave. They were stirred up by an image of immigration which made them angry and made them throw a bit of a tantrum.’’

Immigration, and the UK government’s ability to control the numbers coming to the UK, became the key issue of the Brexit campaign. Since 2016, much has changed in the country. Covid-19 and the response of the multi-national NHS and care sectors have highlighted our reliance on staff who have come to our country to work in key industries that need their input.

According to the Organisation for Economic Co-operation and Development (OECD), immigrants boost the working-age population of host countries; they arrive with skills and contribute to human capital development of receiving countries and contribute to technological progress. These arguments were quietly ignored by the Brexiters during the referendum campaign.

Johnson has today put his cards on the table stating:

“If China imposes its national security law, the British government will change its immigration rules and allow any holder of these passports from Hong Kong to come to the UK for a renewable period of 12 months and be given further immigration rights, including the right to work, which would place them on the road to citizenship.”

Johnson will now have to prepare the ground in the UK for this potential change in his government’s immigration policy. Let’s be very clear at this juncture: he has done the honourable thing in this difficult situation. This is not a crisis of his making. But he now has to explain to British voters how we have got to this point. This involves delving into our history of colonialism and expansionism and the legacy that exacts on future generations.

At school in the sixties, we had a world map on the classroom wall that was coloured mostly red, depicting the extent of the British Empire. We were taught that empire was a good thing and that British exceptionalism had given us the right to the riches of every continent on that world map. Britain had started a long, slow, economic and political decline at that point, though it took years for me to understand that and to understand why this decline had taken place.

The main lesson of colonialism is clear. If you slash and burn your way to controlling an empire ‘where the sun never sets’, you are committing future generations to obligations to the people who live there. Democracy and human rights are issues where we have to stand and be counted; and yes, to open our doors and welcome those who have the same values and ambitions as we have.

Johnson now has to demonstrate his political skill to prepare the UK to welcome these people. They are looking to us to protect their rights, to nurture their desire to live in a democratic society that places individual freedom at the heart of its judiciary and culture. We have yet to see how Johnson’s ‘blue collar’ supporters will react to the arrival of potentially hundreds of thousands of new citizens from Hong Kong. Such scenes will truly test the leadership abilities of Johnson, Raab and Patel.