Racism has no place in life, in sport, or in rugby

Paul Bright discusses the history of racial apartheid in rugby and the protests in South Africa, and politics and racism in sport like taking the knee. 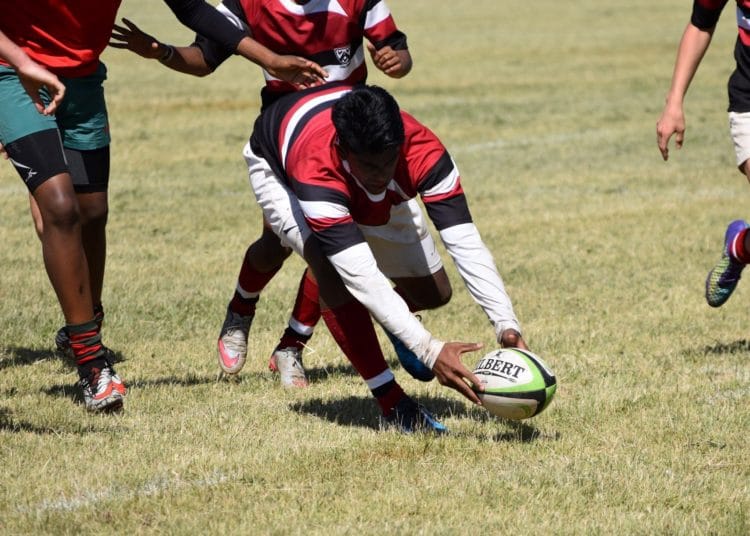 Photo by Philippa Rose-Tite on Unsplash

The British and Irish Lions rugby union squad landed in South Africa last week, where they will face the South African Springboks, led by their captain Siya Kolisi who is black. Both squads are multi-racial.

Today, South Africa is known as the Rainbow Nation. It wasn’t always like this.

In the 1960s, South Africa had a racially segregated society under the system known as apartheid. Opposition to the system increased internationally throughout the decade and South Africa was under the threat of isolation, politically, economically and in sport.

In 1969, the Springboks toured the UK and the anti-apartheid movement, led by Peter Hain (who went on to become a Labour Cabinet member) had threatened to disrupt the tour. In November 1969, Oxford University’s rugby team was scheduled to play the Springboks at their home ground at Iffley Road, Oxford.

The threat of protests and disruption was taken seriously and at the last moment the match was switched to Twickenham. Despite the last minute change of venue, large number of anti-apartheid protesters were present in the ground.

Coincidentally my college XV, was due to play that day at home in Kingston, but our opponents cancelled at the last minute, so our whole team made its way to Twickenham in the hope of seeing the game.

We were rugby fans and players with the perhaps naïve idea that politics had no place in sport. (We were later to support Sebastian Coe, who coincidentally went on to become a Conservative MP and Chair of the British Olympic Association, in defying Margaret Thatcher’s call to boycott the Moscow Olympics).

On arrival outside the grounds, we were assumed to be protesters and a student with a block ticket booking led us in to join the main stand. Our college team that watched the game included our open side wing forward a Ugandan called Bob Mwanga. The opposing scrum halves Chris Laidlaw (NZ All Black) and Dawie de Villiers were probably the two best players at the position in the world at that time.

Both halfbacks were later to enter politics. De Villiers was later to lead the National Party delegation to the Convention for a Democratic South Africa, a multiracial convention led by De Klerk and Nelson Mandela while Laidlaw, as an MP in New Zealand, became a fierce critic of Apartheid.

The match was completed, not without incident, and Peter Hain was carried from the ground. Hain who was born in Nairobi but grew up in South Africa was to later have a long, sometimes controversial,  political career and today sits in the House of Lords.

However the disruption caused by the, often violent, protests continued throughout the Springboks tour and resulted in a South African cricket tour, which was scheduled shortly afterwards was cancelled.

I was later present at two other Springbok matches. In January 1970, on the same tour, Wales hosted the Springboks at the Cardiff Arms Park. It was a wet day and Wales, for the first time, avoided defeat to South Africa  by drawing 6 all. Gareth Edwards, (now Sir Gareth Edwards) another great scrum half, scored a try in the mud at one corner of the ground. On the terraces in the rain I was as wet as I have ever been.

In July 1971 the Springboks were to play Queensland during their Australian tour. Anti-Apartheid demonstrations and protests were such that once again the venue for the game was switched in order for it to be policed safely. Queensland’s premier declared a month-long state of emergency. A South African cricket tour of Australia scheduled for later was cancelled.

I was now working, and played some club rugby in Brisbane, so I went to the game. One of my club team mates was on the picket lines and conversations with him later made me question my attitudes.

In 1974 the Lions were invited to tour South Africa. There was considerable opposition to the tour including from the British Labour government, and a number of selected players declined to take part as a matter of conscience.

Rugby Union at that time was an amateur sport and some of the tourists who took part were obliged to take unpaid leave in order to tour. Amongst the latter was the Welsh wing JJ Williams who sadly passed away earlier this year. ‘JJ’ scored a try in front of an enclosure of a cheering coloured section of the crowd, and this remains for me an iconic image of the tour, of sport and of the period.

It has been reported that Nelson Mandela, a prisoner on Robin Island at the time, was kept informed of the progress of the tour by his guards. He had an understanding of the importance of the sport of rugby to the psyche of white South Africans, demonstrated by the holding of the 1995 Rugby World Cup in South Africa just a year after the first free elections following the end of apartheid.

The film Invictus supports this view. The Lions were to complete the tour undefeated.

Segregation in sport in South Africa was eroded slowly, but not as slowly as it was in society.

Does racism exist in sport?

Prior to 1970 no Maori or Pacific Island players had been able to tour South Africa with the New Zealand All Blacks. In 1970 a number of Maoris were included in the NZ squad but were given the token of “Honorary Whites.”

The 1974 Lions and subsequent touring teams played some multi racial games. It was not until 30 May 1981 that Errol Tobias became the first black man to play for the Springboks in a test, debuting at the age of 31 against Ireland. In the 1995 Rugby World Cup, the winning Springboks included a single black player, the wing Chester Williams. On 2 November 2019 at Rugby World Cup, the South African Springbok captain Siya Kolisi lifted the trophy on behalf of the new world champions.

I have played rugby in Australia, New Zealand, England, and Wales, and never came across any racism or support for apartheid amongst any of my team mates.

Whenever we discussed the anti-apartheid protests, – and we didn’t discuss it as often as we should have done – the concept of sport being isolated from politics and whether change could best be brought about by the isolation of South Africa, or whether continued contact and dialogue would be effective were the main topics.

It appears as if both approaches have played a part. The Lions success on the 1974 tour may also have helped?

“Taking a knee” against discrimination is a relatively recent form of protest by players in many sports against racial disadvantage and is a form of peaceful protest I support, statements against racism issued by the Rugby Unions are also welcome.

I question why the Home Secretary should feel the need to publicly support the right of people to boo footballers electing to take a knee. The prime ministers calling the cricket authorities intervention over a cricketer’s previous alleged racist tweets as being “over the top” is something I also find surprising.

In another development a Conservative MP, Lee Anderson, the MP for Ashfield in Nottinghamshire  has vowed to boycott England’s games in the European Football Championship over the players’ decision to take the knee before matches.

“Politics in Sport” – truly we have turned full circle.

But the power of sport to do good should not be underestimated and now would be a good time to reflect about the positive change that sport has helped bring to the world over the last few decades.