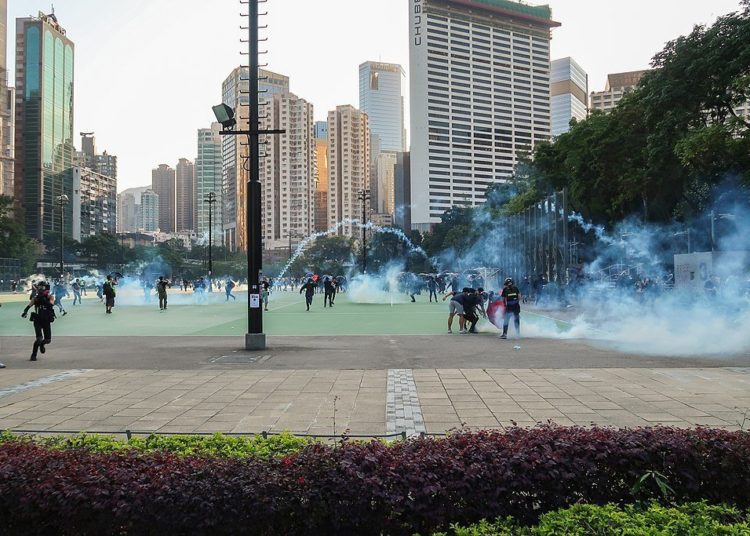 The city of Hong Kong is immersed in stifling tear gas once again as thousands take to the streets protesting in the midst of a global pandemic. And they have every right to do so, for now. Because what has made the people of Hong Kong risk their health is no trivial matter: the freedoms they have rightfully possessed for years are once again in jeopardy.

Beijing is to table a resolution on Friday to enable its Standing Committee of the National People’s Congress (NPC) to draft and pass a new national security law in Hong Kong, a law that would criminalise any act of secession, subversion, terrorism or foreign interference. The central government is to bypass Hong Kong’s own Legislative Council (LegCo) to legislate and enact the law.

Last year’s anti-China demonstrations and radical anti-establishment gestures – such as defacing the national flag and emblem of the People’s Republic of China (PRC) – gave Beijing the push to draft this bill. The demonstrations came on top of pressure from the US, where the Hong Kong Human Rights and Democracy Act had been signed into the law with bipartisan support. This Act aims at safeguarding civil rights and the international commercial centre’s special trade status – it requires the US to impose sanctions on China, and Hong Kong officials, for any human rights abuses in Hong Kong.

“Necessary measures must be taken – in accordance with the law – to prevent, stop and punish foreign and overseas forces using Hong Kong to conduct separatist, subversion, infiltration and damaging behaviour,” read a document produced by secretary-general of the Standing Committee of the NPC Wang Chen.

However, a brief history lesson would point out the flaws and antilogies in the mere suggestion of the central government implementing a national security law in the Hong Kong Special Administrative Region (HKSAR). Ever since former leader of the PRC Deng Xiaoping and former British Prime Minister Margaret Thatcher signed the Sino-British Joint Declaration in 1984, the Chinese Communist Party has promised ‘One country, two systems’, high autonomy and ‘Hong Kong people ruling Hong Kong’.

That means Hong Kong’s capitalist system and way of life is to remain unchanged for 50 years from the 1997 handover to 2047. This is particularly emphasised in the city’s Basic Law, its de facto constitution. Other than the fact that Hong Kong is allowed freedom of speech, of assembly and of the press, this is what separates the Special Administrative Region from its motherland.

Directly enacting a national law in Hong Kong without consideration by its very own LegCo would put a nail in the coffin of the ‘One country, two systems’ principle people have been fighting to uphold. China would be one step closer to crushing Hong Kong’s meagre democracy and autonomy with its tank of tyranny and one-party dictatorship, and any future rally in the metropolis could end up like another bloody Tiananmen Massacre.

Martin Lee Chu-ming, the founding chair of the Democratic Party who was there during the drafting of the Basic Law put it in simple terms in the most recent episode of Hong Kong Connection, a local documentary produced by RTHK: “How come the CPC can enact laws in Hong Kong? One cannot make sense of it … China follows the constitution of the PRC, that’s one system. The HKSAR follows the Basic Law, that is ‘One country, two systems’.

Confusing them would mean it is no more.” The pro-Beijing camp would rebut by bringing up Article 23 and Annex III of the Basic Law. Article 23 refers to the stipulation of the Hong Kong government “[enacting] laws on its own to prohibit any act of treason, secession, sedition, subversion against the Central People’s Government”, which is not unlike this new national security law.

Annex III is the only extension in which national laws could be listed and added in the constitution by the Standing Committee of the NPC, after consultation with the Committee for the Basic Law of the HKSAR, and they should be “confined to those relating to [the] defence”, “foreign affairs” and “other matters outside the limits of the autonomy of the Region”.

They might fail to mention that an estimated 500,000 people demonstrated against the government’s introduction of Article 23 in 2003 and resulted in the shelving of the Bill; or that its clear specification that the HKSAR government should enact the law “on its own” is a juxtaposition to Beijing’s proposed procedure for the new national security law.

Eric Cheung, law fellow at the University of Hong Kong and expert in Basic Law and rule of law issues, has argued that the “national laws” specified in Article 18 are supposedly laws that are implemented nationwide in China including Hong Kong, but the NPC’s plan to enact the new national security law is responding only to Hong Kong’s regional circumstances and targeting Hong Kong’s political enmity and security particularly, which deviates from the workings of Annex III.

A national security law may sound all fine and dandy to someone who is not familiar with the workings of the central government, but to the people of Hong Kong, it is a warning shot, an ill omen, a symptom of a totalitarian contagion slowly making its way to the small island. Because helping to pen a petition calling for multi-party democracy could mean “inciting subversion against state power” in China, and the jailed Liu Xiaobo who committed this heinous crime is a testament to what a ‘national security law’ could really mean.

A professor of political science at the Hong Kong Baptist University, Jean-Pierre Cabestan, voiced the concerns thousands of citizens share: “Are we moving from a hybrid system which we’ve had since the handover to a more authoritarian system?” Wearing a shirt with the slogan ‘end one-party dictatorship’ could be considered as subversion and waving the British colonial flag during a protest could be spun as foreign interference. With Beijing’s direct enactment of a law without the need to consult the LegCo, freedom of speech, of assembly and of the press could be severely compromised, not to mention the erosion of ‘One country, two systems’.

Other than the impact on locals, the media, NGOs and political organisations affiliated with foreign countries in Hong Kong, the financial hub could also face serious repercussions through the stock market, in trade deals and in its entire economy. The local stock market already fell by 1,349 points (5.5 per cent) on 22 May, the biggest drop since the 2008 financial crisis.

Beijing’s push for a national security law has faced international criticism, especially from the US. “Any effort to impose national security legislation that does not reflect the will of the people of Hong Kong would be highly destabilizing, and would be met with strong condemnation from the United States and the international community,” said US State Department spokesperson Morgan Ortagus.

On the other side of the world, the words ‘Hong Kong’ fade in the background for the British media with Brexit, Covid-19 and the Cummings saga dominating the headlines. Johnny Patterson, chief executive of Hong Kong Watch, described the UK government’s response to Beijing’s proposal as, “limp, inane and could have been copied and pasted directly from their previous statements”. He could not have put it better.

As co-signatory to the Joint Declaration, which lays down the sovereign arrangement of the present Hong Kong, Britain holds the biggest moral and legal responsibility to lead the international response. The UK and international community need to resist this “assault on freedoms” by President Xi Jinping, as Lord Chris Patten, the last British governor of Hong Kong has urged. Putting out the dilute statement, “we expect China to respect Hong Kong’s rights and freedoms and high degree of autonomy” is insufficient to stem Xi’s aggression. Hong Kong protesters expect more concrete action from the British prime minister.

The NPC is expected to vote on the motion at the end of its annual session, likely to be on 28 May. The resolution will then be forwarded to its Standing Committee, which will craft the Bill’s details. The draft law will then be presented at the start of the bimonthly meeting of the Standing Committee as early as June.

What does this mean for the future of Hong Kong and its culture of protests? Will the city’s autonomy withstand this blow of legislative onslaught? Only time will tell. 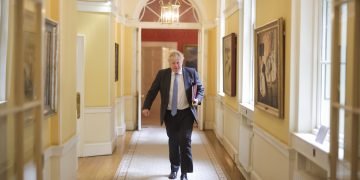