Albanese's win in Australia' election is the latest victory for left-of-centre parties globally, so what can we learn from this in the UK? 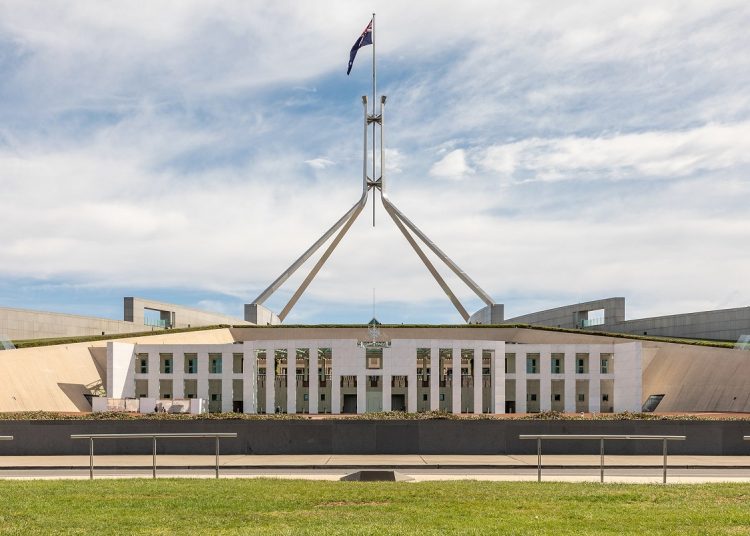 This is the latest of many victories for left-of-centre parties unseating right-wing incumbents. From Joe Biden’s win in the US, to Olaf Scholz’s in Germany, the global wins seem to be in the favour of progressives.

Of course, Australia is not the same as the UK, and any lessons should be taken with a pinch of salt. Demographics, issues, and most notably the voting system were all different, but in many ways the similarities between Australian and British politics are notable, as detailed in a previous article.

So, what should progressives learn from these elections?

No one wants culture wars

Right-wing politicians around the world have been keen to stoke artificial cultural divisions in recent years, most notably trying to incite a moral panic over trans rights.

This strategy failed spectacularly in Australia. Before the election, Morrison championed a religious discrimination bill, advocated for by those on the religious right, which would have allowed for religious schools to exclude transgender children based on their identity. When Liberal MPs crossed the floor to pass an amendment to protect trans kids, Morrison withdrew the bill.

During the race itself, Morrison repeatedly stood by openly transphobic candidate Katherine Deves, who referred to gender affirming surgery as “mutilation”, and who compared anti-trans activism to standing up against the Holocaust.

At the election, Deves herself was rebuked, and failed to take the Warringah seat held by an independent candidate, with the 6 percent swing against her much larger than the national swing against the coalition. Simon Birmingham, the Liberals’ leader in the Senate, has already hit out at Morrison’s decision to back Deves, suggesting that her disrepute had a “contagion effect” on other candidates.

This election shows just how unpopular these culture wars are, in a country which legalised same sex marriage six years after the UK. While Conservative ministers here stoke division over trans rights and racial justice, and while Labour ties itself in knots trying to avoid this perceived third rail, it is worth questioning whether the UK is actually more open-minded than its culture warriors might have us believe.

Climate change and standards in public life on the agenda

Already, the 2022 election is being touted as Australia’s ‘climate change election’. After years of bushfires, floods, and droughts, the coalition in favour of decisive climate action finally outstripped the entrenched interests of Australia’s coalfired economy. Not only did Australia’s Green Party gain seats, but the combination of Labor and the Greens, seen by most as natural governing partners, won more seats in the Senate than the Coalition.

Female independent candidates also gained seats, successfully unseating high-profile male coalition MPs, most notably treasurer Josh Frydenberg. This is seen by many as a statement of dissatisfaction at the standards in public life demonstrated by Morrison and the politicians around him. Central to the demands of these independents has been a call for an integrity commission, to hold politicians to account.

Both these issues have the potential to become significant ones in British politics too, particularly as it becomes increasingly likely that Boris Johnson will lead the Conservatives into the next election.

In the UK, many progressives will be rightly focused on constitutional reform at the next election. In doing so, they should not be afraid to steer into some of the racier headlines of the past few years and couch these reforms as putting an end to the scandals which have plagued politics over the last few years. A written constitution is not exciting, but putting an end to partygate, second jobs, and dodgy contracts is.

An urgent need for electoral reform

Unlike the UK, Australia uses the alternative vote (AV) to pick its House of Representatives. Voters rank candidates with as many preferences as there are candidates. If no one receives more than half of votes, then the least popular candidate is eliminated, and their votes redistributed according to their second preference candidates. This process is repeated, until a candidate receives half of the vote.

If Australia used the outdated first past the post (FPTP) system which the UK has, it would now have a right-wing government. Opposition voters were frequently split between Labor, the Greens, and independent candidates. Coalition candidates won the first round in 15 seats which they lost through transfer voting; had there only been one round of voting then they would be the largest party and on the verge of a majority.

This election, however, also showed the flaws of AV. While Labor came second in the popular vote, winning 32.8 percent of first preference votes compared the coalition’s 35.8 percent, the party was rewarded with a majority in the House of Representatives. This is not a straightforward ‘wrong winner’ election, though. Part of the point of AV is that it incentivises parties to curry favour with other parties’ voters, something which the coalition palpably failed to do. But Albanese’s majority is doubtlessly unearned, particularly when parties like the Greens, who won 12 percent of first preference votes, had only three MPs elected (4.5 percent of the total).

This election confirms the right-wing bias of FPTP and shows that, if the UK ever commits to electoral reform, its proponents should not compromise for anything which does not deliver full proportionality.

All eyes on Anthony Albanese

At the election Anthony Albanese contrasted himself as a ‘builder’ against Scott Morrison’s bulldozer. All eyes will now be on him as he seeks to fulfil an agenda to meet the winds of change sweeping through Australian politics. After years of austerity, division, and scandal, the UK is certainly in need of a builder. Time will tell if the current opposition can meet this moment, and whether they will be successful.