Leeds anti-war demonstration shows solidarity with their European neighbours in Ukraine, pushing for friendship over enmity. 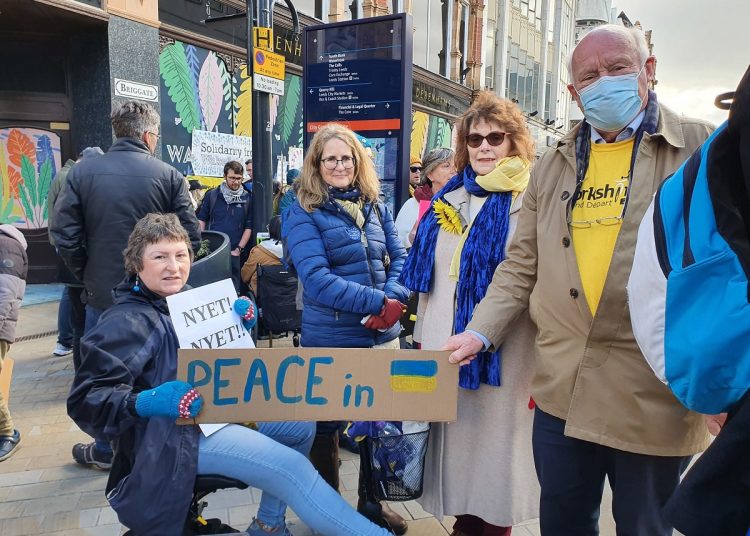 What we are seeing in Ukraine today is what we had hoped we would never see in Europe again after the Second World War. It reminds us how fragile peace is and how hard we must work to nurture it.

The campaign group Leeds for Europe has been campaigning for five years to persuade the British people of the importance of showing solidarity with our friends and neighbours in Europe, and of the need to have good relations to preserve the peace that people fought so hard to attain in the 20th century.

We believe in cooperation over rivalry, in friendship over enmity and – above all – in bonding the countries of Europe together in such a way that conflict between European partners becomes inconceivable.

Ukraine’s application to be an EU member

It’s notable that one of the first acts that Ukraine has taken since this terrible invasion has been to apply to join the European Union – to come together with those countries of Europe who are their friends and who want to support them. It is also notable, of course, that they have not applied to be members of the Russian Federation. What does that tell us?

Subsequent to that, Georgia and Moldova have followed in Ukraine’s footsteps; they also want to join the European mainstream.

Britain’s exit from the EU is a ‘matter of shame’

There are 44 countries in the continent of Europe. Of those, only three nations are not either in or applying for membership of the European Union, or in the European Economic Area. Those three are Russia, Belarus and the UK. For many in the UK, this is a matter of shame.

We in Britain need to have a good look at ourselves. We have spent six years messing around leaving Europe because we’ve been told to be concerned about the shape of bananas, or to be frightened of having immigrants in our country, or that we need to ‘Take Back Control’. In fact, we’ve lost control – we’ve become isolated, we’ve shown disunity and we’ve weakened civilised Europe at the worst possible time. Vladimir Putin absolutely loves it.

So, in the face of these terrible recent events, what are our priorities? Do we want to continue to undermine Europe? Do we want to snipe from the side-lines? Do we want Britain to be isolated and irrelevant? Or, do we want to be playing our part in helping Europe to stand up to this existential threat? 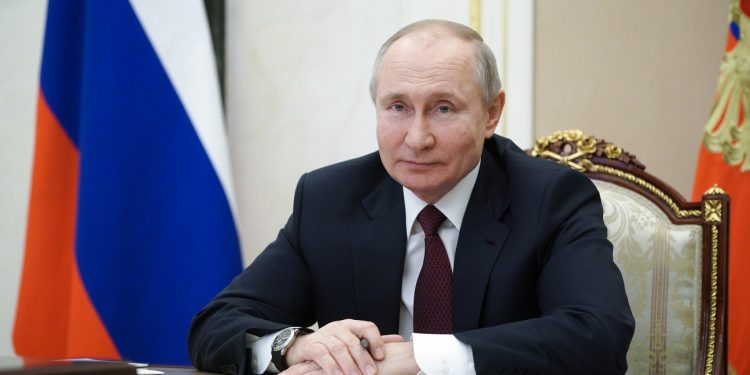 But right now, we must demand that our government do several things.

Firstly, we want the toughest possible sanctions, and these need to be put in place now, not in a year’s time. The UK needs to step up to the plate, as Europe and other countries have. It is vital that we crush Putin’s regime by peaceful means – such as by prohibiting transfers of Russian money in and out of the country, stopping the use of the UK as a money laundering base by Russian oligarchs, and starving the Putin regime of the resources it needs to be able to wage war on its neighbours – otherwise we’re going to find ourselves having no alternative but to be dragged into a war that is getting ever closer. It is vital that we go in hard now on the sanctions, and this is not yet what our government has done.

Secondly, we need to provide more humanitarian support for the Ukrainian people, from medical supplies to food, shelter, clothing and on the ground assistance. We must provide more military help too for their armed forces, because they cannot be allowed just to be crushed without any means of defending themselves. In this regard we are helping, but with the situation worsening by the day, we must keep the pressure on our government to ramp up our aid.

And finally, we need to have an extremely generous open-door policy to refugees who are fleeing from this horror. Like the EU, we should be allowing anyone with a Ukrainian passport into the country under a visa waiver scheme of the sort that we already operate with the countries in the EU and with many other countries – from Argentina to Vanuatu. We are currently issuing visas at the rate of a few hundred per week, whilst Poland, Slovakia, Romania and other countries are accepting refugees in the hundreds of thousands. Our government’s performance in this regard is shameful. If Europe can be generous to people in desperate need then so can Britain.

We stand together with the Ukrainian people.

Only by being united, will we defeat this evil.

Richard has over 30 years of financial experience working in the engineering, construction and retail sectors. He recently took early retirement and now focuses his energies on his political work. A passionate internationalist and pro-European, Richard is vice chair of European Movement UK and chair of Leeds for Europe. He is on the board of directors of the Festival of Europe, a forthcoming nationwide cultural celebration of our continent and the many people who call it home.