A reader's story. In January, one of their vans got stuck in our lawn. Properly stuck. So stuck they had to wait several hrs until a truck arrived to winch them out ... Knock-knock it off Amazon. Sort out your app. 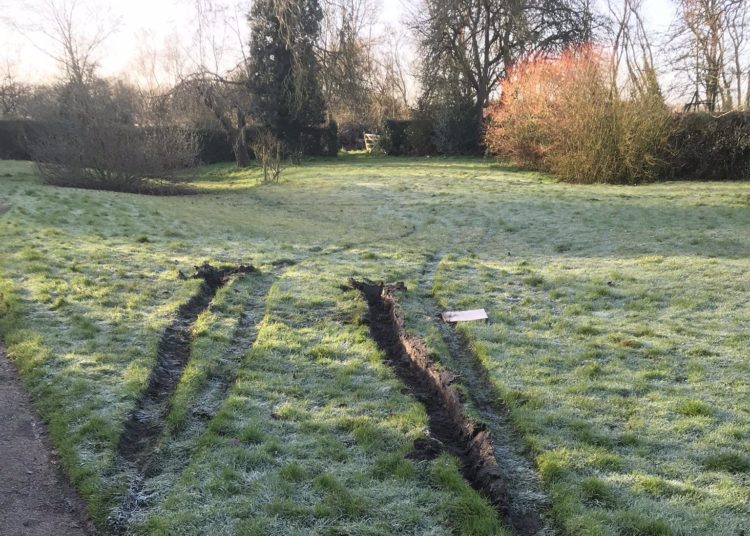 Amazon seems to be taking over the world. UK sales in 2019 jumped 23 per cent to £13.4bn. Given the closure of much of our ‘bricks and mortar’ retail during lockdown, one can only assume their 2020 figures will show further eye-watering growth.

It’s a shame then that they seem to care so little about the customer experience. Well certainly this customer’s experience. Spending more time at home has revealed just how many of their unbranded white vans visit my house, in error, every week. We are talking two, three, four or more visits most weeks. Visits which are causing physical damage to my property, disrupting my work and causing no end of unnecessary stress.

In January, one of their vans got stuck in our lawn. Properly stuck. So stuck they had to wait several hours until a truck arrived to winch them out. The ruts in the lawn were several metres long and deep enough to more than turn your ankle in should you stumble across them.

To be fair, the driver had put an Amazon card through the door confessing to his mistake and leaving his mobile number. This act of confession meant I decided not to report him, nor accept his offer to pay for the repairs as drivers earn roughly £13 per hour with uncertain income. Instead, I spent half a day fixing the damage myself.

Photographs of this incident gave me a good reason to contact my neighbours and ask them to consider improving their signage to reduce the needless attempted deliveries down my drive. One neighbour paid for a new sign and had it fixed to the front of their house. Another neighbour pointed out they already had clear signage and were equally frustrated by Amazon drivers frequently knocking over their drive lights. She said she would happily phone in a complaint. Despite the current clear signage round my house I spent £60 on another sign myself – what a waste of money that proved to be.

On 1 April … knock-knock … another wrong delivery. This Amazon driver explained the reason they were all coming down my drive was that their bespoke app had the wrong route on it. The driver listened patiently as I explained about the lawn and showed the wear and tear on the drive. The driver phoned in an update request and said that would change the route. Hoorah!

On 6 April … knock-knock … another wrong delivery. This Amazon driver said he would phone his manager straight away to explain the constant errors and fix the route. I decided to take no chances so called Amazon customer support. The phone lines were very busy so I engaged with the web chat. After almost an hour Amazon accepted that it wasn’t my responsibility to get my neighbours to complain (again) and they would get in touch with the delivery depot to clarify delivery instructions.

“Why did you open the locked gate with the name of my house on it to deliver to a house with a different address?”

“The Amazon app says to come this way”.

It’s now the end of June and I’m engaged in another battle with customer services. Again they want me to ask my neighbours to complain. Again I explain that they have and that it’s not really their problem as they eventually get the redirected parcels. Can’t they just change the app. Please?

Perhaps Jeff Bezos with his estimated £130bn wealth could intervene. New sat navs for his drivers maybe? A member of staff to sit at the end of my drive?

Amazon’s email signatures say they are, ‘building Earth’s most customer-centric company’. I wonder which customer is at the centre? It certainly isn’t this one.

Knock-knock it off Amazon. Sort out your app. Please.

Andy is founder of TutorLedLearning.com which offers live, interactive, online lessons for students aged 10+ and advice and support for parents/carers educating at home.