The British government grudgingly published a command paper on the Northern Ireland protocol last week, in response to pressure from the EU to set out the detailed steps the UK is taking to implement the withdrawal agreement signed in January. 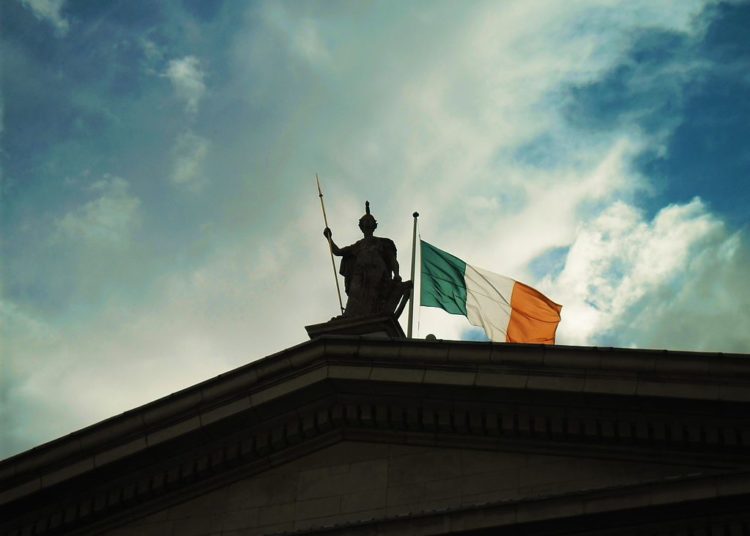 The British government grudgingly published a command paper on the Northern Ireland protocol last week, in response to pressure from the EU to set out the detailed steps the UK is taking to implement the withdrawal agreement signed in January.

The paper reveals just how much is still unresolved, with both sides relying on the Joint Committee that met for the first time at the end of March, to decide the details.

Suspicion is growing that the UK, recognising how unpopular the deal will be among loyalists, is backing away from commitments already made.

Tony Connelly at the Irish broadcaster RTE, described the paper as skirting “as close to the rocks of EU disapproval as possible”. The government’s approach is paving the way for endless argument with Ireland and the EU over the administration by Britain of what is effectively the EU’s external border.

All of it stems from Johnson’s ignorance of the consequences of Brexit, something which will cast a long shadow over Ireland and Anglo-EU relations for years to come.

The command paper accepts that checks will be required on goods transported to the province, contrary to repeated assurances, but it is already clear that the two sides interpret the NI protocol in very different ways.

What will worry the EU are references like, “The Protocol is not codified as a permanent solution” (paragraph 4) and using, “flexible and proportionate approaches to implementation” (paragraph 5). It quotes the protocol itself saying that it, “should impact as little as possible on the everyday life of communities” (paragraph 6).

And at paragraph 16: “That is all the more true given that the Protocol alignment provisions might only be temporary.”

In the foreword, the paper coyly concedes there will be some “new administrative requirements” but reassures NI businesses, “these processes will be streamlined and simplified to the maximum extent.”

The paper goes on to say the protocol does not give rise to an “international” border on the Irish Sea and, “that means its provisions must entail the minimum possible bureaucratic consequences for business and traders.”

Now it will be up to the Joint Committee to decide what “as little as possible” means and how “flexible and proportionate” the checks should be. Each side sees it very differently, opening up the possibility of many future disputes.

Even the role of the Joint Committee itself is the subject of fundamental disagreement.

British ministers imply the committee will be trying to reduce or eliminate customs and regulatory formalities. Last week’s paper talks of “exploring additional flexibilities and sensible practical measures [..] to maximise the free flow of trade” pushing against strict compliance with the Union Customs Code as set out in the protocol.

Connelly says this, “sounds to the EU like the UK is using the Joint Committee as a negotiating forum, and not a body to implement what has already been negotiated.”

And here is the crux of the problem. While Whitehall assumes no goods entering NI will find their way south, with the EU having to show there is a risk that they will, the EU makes the opposite assumption. They say the UK must prove there is no risk that goods will be transferred to the Republic, otherwise tariffs are due. You can see the enormous scope for permanent discord.

Simon Coveney, the Irish deputy PM has concerns about Michael Gove’s suggestion there will be “no new customs infrastructure” and spoken to RTE who tweeted:

The Freight Transport Association, desperate for details in what they tell the BBC is “an incredibly tight timeframe”, will be as disappointed as the EU since the paper gives only a very broad outline of what the British government intends to roll out.  A report by the Institute for Government all but concludes new border arrangements will not be ready by December anyway, “given the scale of both the decisions and practical work still required.”

Let’s not forget where the blame for all this lies. When Boris Johnson went to Belfast in February 2016 he told the BBC the border with Ireland would remain “absolutely unchanged.” Not only did he not know if this was true or not, for years he ignored those who tried to warn him. The fact that it has come to pass – the land border will indeed remain unchanged – is not due to his vision or prescience, but his ambition and impatience.

The price of keeping the land border unaltered is a border down the Irish Sea, something that, Johnson told the Democratic Unionist Party’s 2018 conference, “no British Conservative government could or should sign up to”. Adding that regulatory checks and customs controls on the Irish Sea, would risk “damaging the fabric of the Union.”

Campaigning to become Tory leader and prime minister in July 2019, he told a meeting of NI Conservatives that “under no circumstances, whatever happens, will I allow the EU or anyone else to create any kind of division down the Irish Sea.” It was clearly something he wanted to reserve for himself.

Even after reaching an agreement with Irish premier Leo Varadkar, he denied in December there would be checks on goods coming from NI to GB, ignoring the EU customs exit summary declaration system that he had signed up to just two months previously. He said the deal had been “misunderstood”.

It was not until May this year that a junior minister at the NI Office finally admitted there would be checks.

Katy Hayward, a reader in sociology at Queen’s University Belfast, in a blog post for the LSE, talks of the government’s habit of ‘gaslighting’ Northern Ireland and believes there is a risk of it happening again with the command paper. She says, the government is “steering dangerously close to being deliberately misleading” on the question of democratic consent – which only applies to articles 5–10 and not the entire protocol as they have implied.

There is a need to tread carefully on the protocol. An article in The Irish Times in January talks of Unionists looking at the sea border in symbolic terms as “eroding their political identity as unionists and British subjects of the crown” and seeing it as a “one way ticket to a united Ireland”.

The Irish border issue is still very far from being resolved and Johnson’s government is not helping.