Johnson has removed the ‘great’ from Britain and the ‘united’ from Kingdom. It’s time we removed the Johnson from Downing Street. 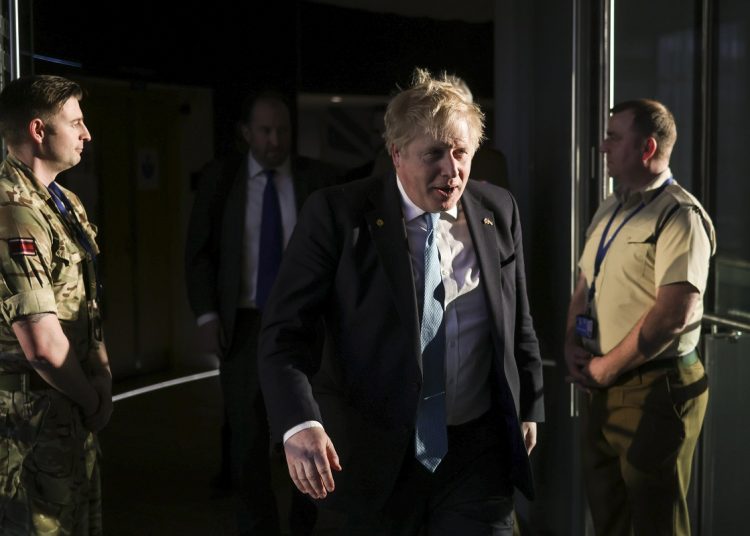 On Thursday 24 March, leaders from across the globe – including President Joe Biden – met in Brussels to discuss the Ukrainian crisis. The first meetings – of Nato and G7 members – included Prime Minister Boris Johnson. Biden was also present at a later meeting of the European Council (EC), having been specially invited to attend. That invitation was not extended to Johnson.

The government had expected that Johnson would be on the EC summit guest list, especially since the foreign secretary, Liz Truss, attended an earlier summit at the start of the crisis. Of course, that was before Johnson opened his mouth and inserted both feet. Once again, our PM had said the wrong thing, at the wrong time, causing considerable resentment and outrage.

Johnson’s comments, comparing the fight of the Ukrainian people to Britain voting for Brexit, caused widespread offense at home and abroad. As a direct result of his inappropriate remarks, Johnson’s invitation to attend was never issued. Boris, in the words of the Express, had been “snubbed”.

Johnson’s isolation was plain to see when leaders of the western world met before the world’s press. Where heads of state were seen greeting each other warmly and shaking hands – in particular seeking out President Biden – Johnson was given a wide berth. Boris no-mates stood alone, with nowhere to put his hands but in pockets. 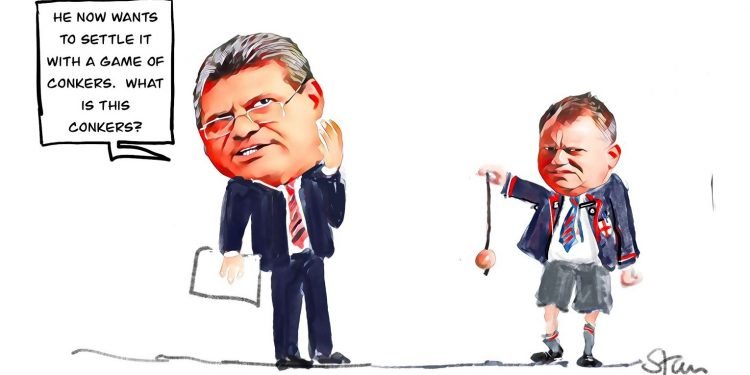 A month after the Russian invasion began, President Volodymyr Zelenskyy of Ukraine appeared before Nato via video link. He appealed directly for help, saying the only way “to save our people and our cities” from Russian attack was with Nato’s help. Specifically, he called upon Nato to provide “effective and unrestricted” support. He thanked world leaders, including Biden and Johnson, for the equipment provided so far, but said much more was needed.

Johnson urged UK’s “allies and partners to step up military and economic support” in a thread posted on Twitter. He listed the military aid the UK would be providing, and on this occasion, managed to avoid his usual ‘world-beating’ rhetoric. Perhaps, for once, he had learned something from his recent misplaced comments.

Following the meetings, Nato leaders issued a joint statement agreeing to reinforce their defences to the East. They plan to “significantly strengthen” their defence posture and to “further develop the full range of ready forces and capabilities necessary to maintain credible deterrence and defence”. The Nato alliance, according to Biden, has never been more united that it is today.

Brussels – centre of the free world

The European Commission summit brought world leaders back into the room, to continue where earlier meetings had left off. This time, the participants were spared the sight of loose-end Johnson, as they made further important international decisions, without input from the UK.

European Commission President Ursula von der Leyen commented that, “Brussels is today the centre of the free world”. In a tweet showing the flags of the EU, USA, Canada and Japan, but not the UK, she said, “our bonds are stronger than ever before”.

Addressing the media directly she added, “we have decided to step up our support for Ukraine, to sharpen the sanctions against Russia and to break free from Russian fossil fuel”. Tomorrow, in conjunction with President Biden, the EU will present “a new chapter in our energy partnership”.

Earlier in the day, von der Leyen declared “our most valuable asset” against Putin was “our unity, the speed of our action and our determination”. That unity now largely excludes the UK. Britain – once an important voice at the top European table – is now, thanks to Johnson, terra non grata.

Johnson has removed the ‘great’ from Britain and the ‘united’ from Kingdom. It’s time we removed the Johnson from Downing Street before any more damage can be done.