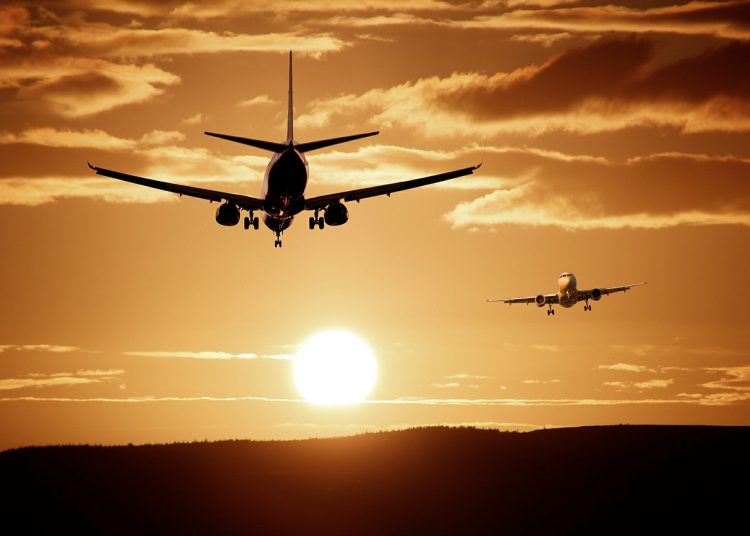 Photo by ThePixelman on Pixabay

On 1 January, Jet2 launched a new offsetting scheme as part of its ‘sustainability’ strategy. It’s good news that the airline is responding to public pressure and exploring ways to reduce the damage its business does to the climate. However, Jet2’s ambition for sustainability will be completely undermined by its plans for growth.

The next nine years are critical for preventing the worst effects of the climate crisis. Scientists on the intergovernmental panel on climate change (IPCC) warn that all emissions must be cut in half by 2030 to retain a realistic chance of keeping global temperature rise below 1.5C and preventing climate breakdown. This cut in emissions must be achieved by all sectors, all businesses and all households, everywhere.

Yet Jet2, along with its business partner Leeds Bradford Airport (LBA) and the rest of the UK aviation industry, wants to grow. The industry is planning for a 60 percent increase in passenger numbers and LBA for 75 percent. This growth would mean an unavoidable and very significant increase in greenhouse gas emissions – the opposite of cutting all emissions in half by 2030.

However, no one seriously expects these new fuels to be used on a commercial scale for two or three decades at the earliest. So they cannot help to cut aviation emissions in half by 2030. Jet2’s ‘sustainability’ strategy accepts this fact. Instead, it sets out three methods to try and manage the quantity of emissions caused by its flights:

The most important point to understand about offsetting, from a climate perspective, is that it does not actually reduce emissions. The best it can do is stop an increase in emissions – balancing out (offsetting) rising emissions in one part of the world by reducing emissions somewhere else in the world.

The key problem with this approach is time. A plane that flies today, pollutes today. An offsetting scheme needs time to develop and reduce emissions in the future. However, climate scientists are chillingly clear: we do not have the luxury of time. We must actually cut all emissions in half by 2030 to prevent climate breakdown.

The most effective offsets are those that literally remove carbon from the atmosphere using expensive carbon capture technology. But this is not what Jet2’s new offsetting scheme will do. It will pay money to renewable energy projects, which is no bad thing in itself, but it won’t remove any of the emissions caused by Jet2’s flights.

As yet, there are few other details of the new scheme. The strategy does not explain what price will be paid for each tonne of CO2 offset. The IPCC says that CO2 should be traded at a minimum price of £105 a tonne. Nor does the strategy give any timescale for when the scheme might actually start offsetting the airline’s emissions. Crucially, no offsetting scheme can prevent aircraft from damaging the climate every time they take off and Jet2 wants to increase its number of flights. 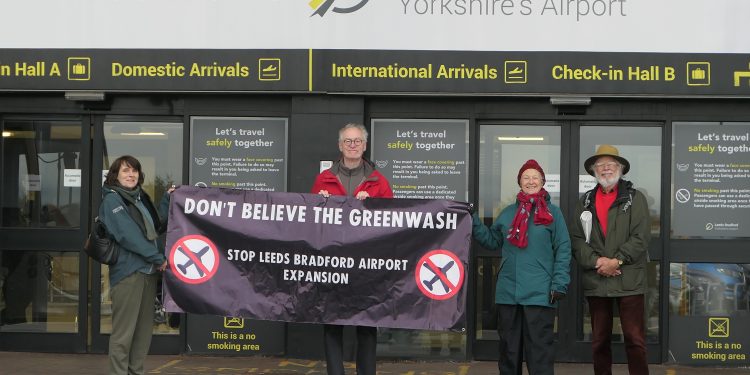 The strategy aims to reduce the ‘carbon intensity’ of Jet2’s flights by using more fuel-efficient aircraft. Cutting ‘carbon intensity’ means reducing the quantity of emissions ‘per passenger mile flown’. However, what matters for the climate is the total quantity of emissions put into the atmosphere, not the amount ‘per passenger mile flown’. If Jet2’s passenger numbers rise in line with the industry forecast of 60 percent, then the number of its additional flights will far outstrip the airline’s 10 percent efficiency gain target, resulting in overall emissions growth.

This is exactly what has happened over the past 30 years. Overall UK air traffic growth has outpaced aircraft efficiency improvements, causing total aviation emissions to rise by 88 percent since 1990. It’s obviously in the interest of airlines to maximise fuel efficiency because this cuts their costs and increases their profits. However, efficiency gains only make a difference to the climate if the total number of flights does not increase. Jet2 wants them to increase.

The strategy accepts that genuinely zero-emission fuels will not be available for use by Jet2’s fleet before 2030. Most experts agree it will be much, much longer. Instead, Jet2 aims for some of its fuel to come from biomass waste, such as used cooking oil, from 2026. There are two key points to understand about this type of ‘sustainable’ aviation fuel.

First, when burned in a jet engine, it emits as much greenhouse gas as conventional jet fuel. At best, biomass waste fuel offers a type of offset, not an actual reduction of emissions. So how can it be described as ‘sustainable’? This is the logic: because as much CO2 is emitted when burning biomass as when burning kerosene, any emissions saving comes from the assumption that the CO2 released has previously been absorbed from the atmosphere by the organic matter that provides energy in the biomass waste. But it still emits CO2.

Second, biomass waste fuels are unlikely to be available at the scale required to significantly reduce Jet2’s need for kerosene before 2030. There’s only so much used chip fat around! The strategy does not say what proportion of Jet2’s total fuel is expected to come from biomass waste.

Moreover, the Department for Transport estimates that biomass can only reduce emissions by 60 percent. Hence, even taking an optimistic view, biomass fuel might start to achieve a 60 percent emissions reduction of 10 percent of Jet2’s total fuel use from 2026. But expanding passenger numbers by 60 percent means Jet2 will need more fuel for more flights.

The latest scientific research has concluded that two thirds of aviation’s total climate damaging emissions are the result of its non-CO2 emissions, such as contrails and NOx. Jet2’s ‘sustainability’ strategy barely mentions these types of emissions at all and would have a limited impact on them.

The proposed emissions management methods in Jet2’s ‘sustainability’ strategy could be effective but only if the company did not want to significantly expand its passenger numbers and therefore significantly increase the number of its flights. If the airline kept the existing number of flights, then offsetting, more efficient aircraft and biomass waste fuel could actually reduce its emissions – though not cut them in half by 2030.

However, Jet2 wants more flights which will emit more greenhouse gases, when the world needs them to do the opposite. The only solution to the problem of greenhouse gases from flying, within the timescale necessary to prevent a climate catastrophe, is to fly less.