Biden's infrastructure plan is set to pull America out of the recession, boost the economy, and increase corporation tax. 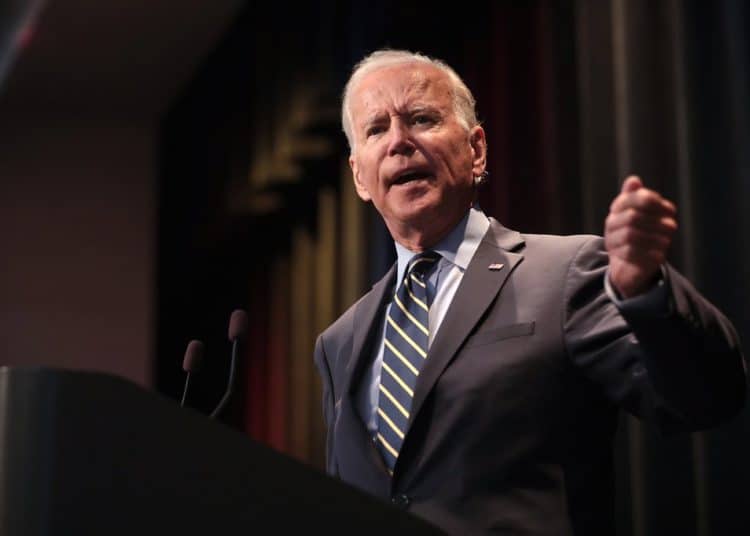 "Joe Biden" by Gage Skidmore is licensed under CC BY-SA 2.0

President Biden has recently introduced his infrastructure bill to the public, calling for trillions of dollars of investment to tackle some of America’s crumbling public services.

“It’s a big, yes. It’s a bold, yes. And we can get it done”, said Biden, about his proposed legislation.

The $2.3tn of spending proposed by the president would go towards tackling poorly maintained roads and bridges, a large project to construct electric vehicle charging points across the country, and removing lead from water pipes, among other things.

To offset such massive spending, especially during a pandemic, the president has proposed raising the basic corporation tax rate from 21 percent to 28 percent.

Naturally, the business community has responded vociferously, claiming that the tax rise will damage profits and ultimately do more harm than good to the recovering US economy. These protests from industry came just as the New York Times revealed that at least 55 of America’s largest companies paid no corporation tax at all for the past three years.

Republicans in Congress, traditionally friends of big business and opposed to hikes in corporation tax, have also come out against the bill. Senate Minority Leader Mitch McConnell said that the Biden plan “is not going to get support from our side”.

President Biden responded by saying he was open to “other ideas” of how to pay for the package.

The 50-50 Senate poses a challenge for Democrats as they look to get this bill through Congress.

While the Democrats hold a majority in the House of Representatives, it would take just one Democratic ‘no’ vote in the Senate to kill the bill. Moderate senators such as Joe Manchin from West Virginia or Kyrsten Sinema from Arizona have already proven the strength of this vote.

Both Manchin and Sinema threatened to vote against and kill the Covid-19 package if the provision to raise the federal minimum wage to $15 was not removed. Eventually, that particular aspect of the bill was removed and Manchin and Sinema voted in favour.

The difficulty now is for congressional Democrats and the Biden administration to come to some sort of acceptable agreement where both sides get the maximum out of this bill.

The administration will be under no illusion that bills of this size almost always end up significantly different to how they originally looked – parts being removed, added or changed. This process can take months before Congress eventually settles on a version of the bill deemed acceptable to both chambers.

Investment and infrastructure as the way out of recession

The bill certainly isn’t, in the president’s own words, “a plan that tinkers around the edges”.

Yet the fact that the president is willing to take on a spending plan as grand as this, as the country slowly turns the corner on the Covid-19 pandemic, shows that Biden is a president who believes that investment is the only way out of the dire economic situation in which the US finds itself.

Biden will be confident and riding a high after seeing his Covid-19 plan make its way through Congress, now he’ll be looking to Congress to deliver on another key election pledge: rebuilding the country after Covid-19. Exactly what the bill looks like by the time it makes it to the Resolute Desk, and when exactly that will be, is another matter entirely.