At a time when we are looking to our global leaders for trustworthy advice, you’d hope they wouldn’t have bots undermining their comments sections and follower lists, right? 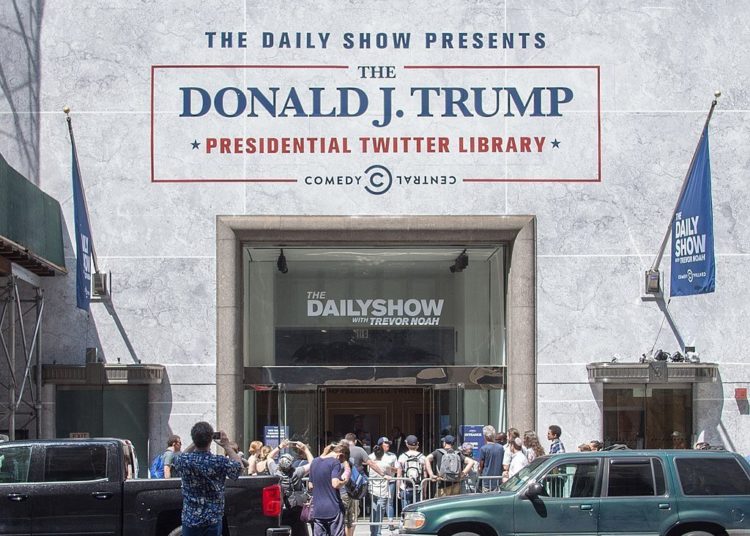 While scrolling through the Twittersphere recently I came across this tweet from Benjamin Wittes, a Senior Fellow at the Brookings Institute.

Ok, let’s do a fun experiment using the new @BotSentinel bulk blocker/analysis tool. Here is a tweet from the President, retweeting a tweet from @MZHemingway—both of whom attract a lot of people who rank high on @BotSentinel‘s trollbot scale. I chose this tweet because… pic.twitter.com/hzMxpXjEmr

He had used a really powerful tool called Bot Sentinel, which analyses Twitter profiles for signs of bots or fake accounts, such as those the United States concluded helped Donald Trump win the 2016 presidential election. Wittes only surveyed one tweet from one world leader, but I thought, why not take this a step further and compare Donald Trump and Boris Johnson?

At a time when we are looking to our global leaders for trustworthy advice, you’d hope they wouldn’t have bots undermining their comments sections and follower lists, right?

Bots are profiles designed to look like real people. In reality, they are just lots of coding put together to create an automatic Twitter profile. Bot profiles, when they are set up and ready to run, thus require minimal human interaction; instead, they like, share, retweet, and in some rare occasions, send direct messages, as per the instructions set out in their coding.

Of course, not every bot is bad. The Quarantine Marmalade bot makes haikus out of people’s tweets about life during the coronavirus pandemic.

But some bots can be very bad indeed.

Although Wittes has already looked at President Trump, I wanted to give Trump another opportunity to demonstrate to the world that bots do not dominate his tweet replies. I picked this tweet, since it seemed the most likely to throw up any bots that might appear.

The fact that Donald Trump is considered “untrustworthy” by Bot Sentinel’s browser extension should terrify you already. This tweet, at the time of writing, had 81,000 comments. Bot Sentinel is capable of analysing up to 5,000 accounts at once, but to keep it fair to Boris Johnson (whose tweets get a lot fewer comments), I have limited the analysis of the president’s tweet to around 500, the same as the analysis given to the prime minister’s below.

I have to admit, the number of “problematic” and “disruptive” accounts commenting on the president’s tweet is far lower than I imagined it would be, but is still a cause for concern. Fourteen “problematic” among just these 500 accounts works out at 2.8 per cent. If 2.8 per cent of all of those 81,000 comments are from bots, that’s roughly 2,300 bots commenting on just this one post.

I scoured through the problematic accounts to find some of the tweets that stood out as particularly bot-like. Have a look at the below.

This is a very good example of a bot account, there are several clues in this tweet that give away the fact this account is not a genuine person. For one, the account doesn’t have a profile picture, which is incredibly uncommon on Twitter nowadays. It is also commenting on other untrustworthy content. There is also a spelling mistake in the tweet (which is not to say that real people don’t make spelling mistakes of course). The biggest giveaway here though is that this bot is spreading information that has not been proven to be true. An account is more likely (though not definitely) to be a bot if it continually spreads fake news. In this case, there is simply no evidence that China was building a “bio-WEAPON” (sorry, “WEPON”) with Covid-19, although that does sound very much like something the next James Bond villain might do.

This is another example of bot-like behaviour on Twitter. The account in question has not tweeted anything itself in days. Instead, it has simply been retweeting things. In particular, it is sharing posts from other “untrustworthy” accounts, which is a good sign that this is a bot.

It is disappointing that the President of the United States’ Twitter feed is so infested with fake accounts and bots, most of which are designed to spread fear, hate and divisive confusion among those who read his tweets. Fortunately, the situation isn’t so bad in Britain. Yet.

This is the tweet I will be analysing from Boris Johnson’s Twitter feed. At the time of writing, the tweet had 775 comments, of which Bot Sentinel was able to analyse 572.

Here are the results.

Of the 572 accounts analysed, 570 were not problematic. This could be because some of them are private accounts that Bot Sentinel could not analyse. There were no “problematic” accounts and only one “disruptive” account.

This disruptive account didn’t really post anything, only shared things from right-wing Twitter feeds like that of Nigel Farage. Strangely, it also accuses Jeremy Corbyn of being a “terrorist sympathiser” and seems to dislike Donald Trump’s administration in the United States. Bots like this are deliberately set to sow confusion into the political discourse, and this one certainly confused me.

On a more positive note, it does seem like the bots have not yet made it to Boris Johnson’s official Twitter feed. That does not necessarily mean they are not out there promoting fake news regarding the UK’s coronavirus response, for example. What it does mean is that you’re less likely to come across them while looking through the prime minister’s tweets.

What is clear to see is that some leaders should be considered far more trustworthy than others, particularly on social media. We are all vulnerable to sharing the occasional article that may contain some dodgy stats or claims nowadays, but when it comes to our national leaders, there should be an extra level of caution. Whether or not you trust Boris Johnson to lead us through this pandemic, it’s clear from my analysis that you can at least trust the responses to his tweets – a lot more than those put out by the guy across the pond. Let’s make sure he stays there.