I accuse this government of crimes against humanity in the mess they’ve helped create in the Middle East, and in their treatment of refugees. 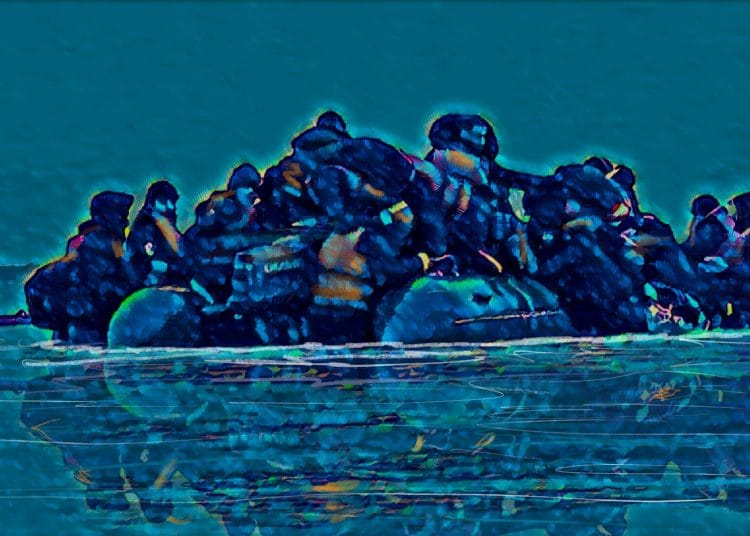 Members of the Jury,

Those who are sitting before you in the dock are members of Her Majesty’s Government. They are charged with the most serious indictment of them all: crimes against humanity. It will be in your hands to decide whether or not they are guilty, and if so, to what extent.

It will not be an easy task.

I take no pride in accepting the brief for the prosecution. I can understand why the leader of the opposition is reluctant to do so, for if you decide, after due deliberation, that they have committed such acts, and are indeed capable of doing so, the whole country must share a measure of blame. We are all put to shame.

The right to defend our borders

I will not exaggerate. I will not seek to present their case in the worst-possible light. I will immediately concede that a country has a right to defend its borders. My grandfather did so in 1940, and my great-grandfather in 1915. They were brave and honourable.

But I do have difficulty in believing that rubber dinghies with outboard motors filled with shivering bodies constitute the same level of threat as the Luftwaffe. We have been warned of an ‘invasion’ by ‘swarms’ of immigrants, each of whom might be a terrorist; but we are required by international law to treat all claims for asylum fairly.

We must consider, after reflection, whether we have done so.I am more inclined to accept the word of the BBC, a dangerous precedent, which tells me that the country is in the midst of a labour shortage and that more people are leaving the country than seek to stay here. Currently, illegal immigration accounts for 0.025 percent of the population. If the government chooses to deter immigrants, it is because it has decided to do so, not because they will swamp the country with their unwanted presence.

Crimes against humanity are – and I quote – “acts that are purposefully committed as part of a widespread or systematic policy, directed against civilians, in times of war or peace. They differ from war crimes, because they are not isolated acts committed by individual soldiers, but are acts committed in the furtherance of a state or organisational policy”.

The Conservative Manifesto for 2019 promised to “take back control of our borders” and “to apply an Australian-style points-based system, so that we can decide who comes to this country on the basis of the skills that they have”. It made no mention of asylum seekers or refugees. Their circumstances were covered by the Home Office’s target to process asylum claims within six months.

According to the Refugee Council, most claimants have had to wait between one and three years for an interim decision on residency, not ‘citizenship’. That takes longer.

For the desperate, even six months is a long time to discover where their future may lie. Some are still housed at the British taxpayers’ expense in such detention centres as Napier Barracks near Folkestone, a former prison, under conditions condemned as inhuman.

Let us be generous. This government was not obliged to treat refugees with more than a basic degree of care, and although the asylum process might be slow, it may deter those who want to take advantage of our prosperity without offering anything in exchange.

Unfortunately, the broken asylum process has had a side effect of encouraging the people-smugglers, who bring illegal immigrants into the country in return for large amounts of money. Some did so in commercial trucks where, in 2019, 39 Vietnamese were found smothered in a sealed van in Essex. Others sell rubber dinghies, whose optimistic customers may, if they are lucky, cross the busy straits or be picked up by patrol boats in the Channel. But 300 have drowned. 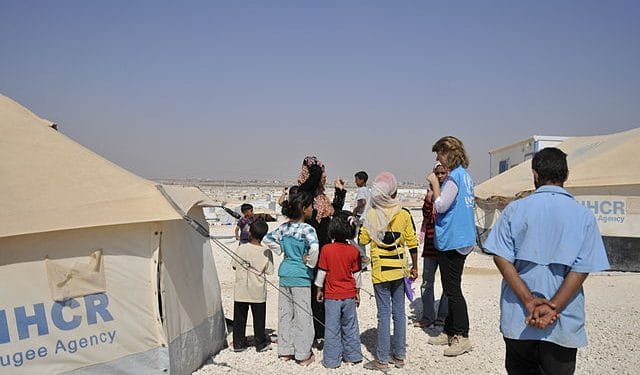 Control of our borders reduced by Brexit

Caveat emptor! The British government cannot be held responsible for those foolish enough to attempt the crossing. The number of illegal immigrants arriving on our shores has risen from 1,900 in 2019 and 8,438 in 2020 to more than 23,000 in 2021. They could all have stayed in France, which accepts more refugees than we do.
Unfortunately, as a result of Brexit, we have no joint policy with France on how to cope with this problem. France is under no obligation to take the immigrants back. There are some ad hoc arrangements, for both countries wish to foil the people-smugglers. The French coastline, however, is more than 100 miles. It would take an army to patrol the entire length.

Let us look beyond the technical difficulties of patrolling the borders, which were never included within the Conservative manifesto. Let us consider the root cause of the problem. Why are there so many refugees and asylum seekers? Is anyone to blame?

The root cause of increased refugee numbers

Some come from sub-Saharan Africa, where there have been terrible droughts. Climate change is the curse of the industrial world, but, as our prime minister has reminded us, Britain is a world leader in doing something about it! No shame there!

The first wave of refugees, which spread along the shores of the Mediterranean, came with the US-led invasion of Iraq in 2003. The Allied forces overthrew Saddam Hussein’s government with ‘shock and awe’ bombing raids, and discovered, to everyone’s relief, that there were no weapons of mass destruction (WMDs), hidden away in the desert.

The Chilcot Report (2016) later concluded that the invasion was unnecessary, and probably illegal, and killed over 100,000 Iraqi civilians, as well as provoking a civil war across the region, in which up to one million soldiers were killed. The US occupation, which lasted until 2011, sought to establish a liberal democracy, but did not quite succeed.

Any government can make an honest mistake, which is not the same as committing a crime, and WMDs might have been hidden in the desert, somewhere, even though, as it happened, they weren’t. There was something noble in the Allied efforts to bring liberal values to those countries in the Middle East where education for women was discouraged and floggings for adultery took place in city squares. Afghanistan, occupied for 20 years, was transformed.

The end of history

Our influence spread. Rebel groups took courage from our leadership and overthrew their autocratic rulers – Gaddafi in Libya, Mubarak in Egypt – and threatened Assad in Syria. There was a time when – it seems like yesterday! – the rest of the world was moving towards our vision of a peaceful future, the ‘April Spring’ and the ‘end of history’.

To pursue such a dream came at a cost. In Afghanistan, the US spent more than $2 trillion and lost 2,300 army combatants in what became their longest war. The UK spent £22bn and lost 450 soldiers. Their aims were noble, perhaps, but their public support dwindled.

None of us will forget the days when the Allies left Afghanistan: the scramble for flights, the desperate few lined up in sewers, the mother who handed her baby into the arms of a soldier, over the razor-wire. 2021 was a great year for the manufacturers of razor-wire.

The Taliban strode back in Kabul, firing aimlessly into the air in triumph.

A crime against humanity

The second wave of refugees came with the collapse of the Arab Spring. Those who trusted us, who subscribed to our values and who fought with us against those whom we understood to be terrorists and dictators, were left on their own.

On the other side of the continent, we are still picking up some survivors from the cold waters of the Channel, or trying not to do so. But we will never be able to salvage the shreds of our pride and sense of moral purpose.

Does any part of this sad story count as a ‘crime against humanity’?

If not, what can?