Changes in human activity, such as deforestation, are causing human-induced climate crises like pandemics and natural disasters. 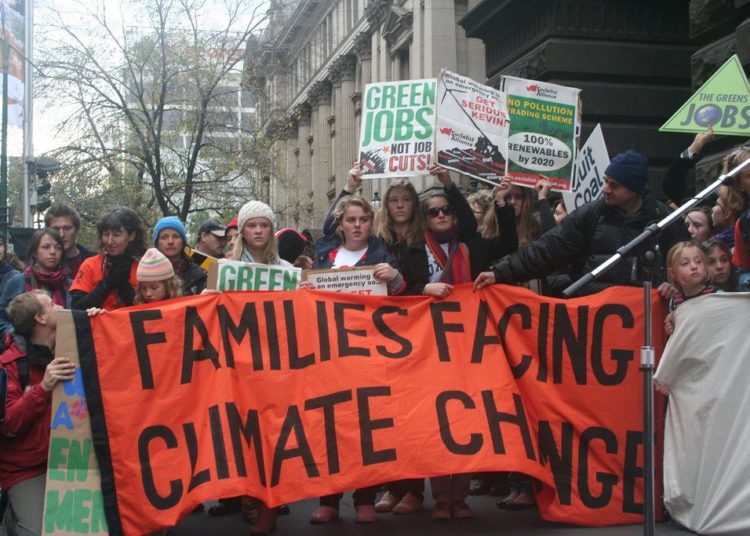 Is the covid crisis we’ve been experiencing something rare and extreme? Or are we instead on the verge of a period of increasingly frequent and serious human-induced crises that prove harder and harder to manage? What if this isn’t the end but the beginning? Are there actions we could take to reduce the risks of that eventuality?

Most people have had enough of natural disasters and pandemics. A year of constantly having to deny ourselves simple pleasures and living with the fear of death has tested the patience of all of us. The desire to just get back to business as normal is understandably really strong. But is this a realistic option?

Covid-19 has almost certainly existed in the wild for thousands of generations without infecting humanity in a transmissible way. But changes in human behaviour have provided the virus with new opportunities.

Removing large areas of natural forest brings people into closer contact with rare species. Capturing and transporting wild animals across the globe to sell for food brings species into contact that have never encountered each other before. Intensive animal rearing creates near perfect breeding conditions for disease.

All this increases the opportunities for viruses to jump between species, to adapt and to evolve, and then to jump again over to humans, becoming what is termed a ‘zoonotic disease’. Mix that with mass air travel and we’ve seen what happens. If no action is taken, it will happen again, and the next time it might be even worse.

It is not as if we weren’t warned. The likelihood of crossover happening with increased frequency was predicted in advance by many scientists. Nothing was done to stop the destruction of forests, the wild-life trade and the increase in international air travel that fostered the spread of a new disease.

Environmentalists also issued warnings, but political leaders chose to ignore or belittle them because the actions that needed to be taken were deemed inconvenient. Even now when the costs of pandemics must be evident to all, there is still vanishingly little debate about what caused all this disruption and how to reduce the risk of it happening again.

The biggest risk of viral transmission between other species and humanity comes from intensive animal rearing. Put people in contact with large numbers of closely packed birds and the chances of a new flu virus developing in the birds and passing to humans is vastly increased. Yet animal rearing continues becoming increasingly industrialised.

If the thought that the next pandemic is just waiting to happen is a sobering and unpleasant prospect, then so are the consequences of some of the other problems that environmentalists have been warning about.

It is a matter of solid scientific fact that pumping carbon dioxide and methane into the atmosphere traps heat and increases the energy in the world’s weather systems. Yet, if we manage to hit the current targets, we’re not due to stop increasing the amount of greenhouse gases until 2050. Think for a second about that statement.

We know that we’re already encountering extreme weather events more frequently and have all seen the images of fires in Australia, more intensive and more frequent hurricanes and flooding both worldwide and right here in Yorkshire. Yet we plan to increase the drivers of those problems every year for another 30 years.

Even when we stop increasing CO2 levels and hit net zero, the amount of extra carbon dioxide already in the atmosphere is expected to take at least 20 years to reduce. So, the problem will get worse for 50 years, even if we manage to hit current targets.

That doesn’t mean we will be encountering a few more nasty weather events. It means that the weather is going to get dangerously wilder in unpredictable ways. It means the inundation of much of Bangladesh and a refugee crisis that will make what happened in Syria look relatively small scale. It means rising stormy seas breaching flood walls on nuclear power stations built along estuaries.

What will be the impact on the environment, on the economy and on society of the climate getting more chaotic and dangerous for another fifty years? What are the consequences for food security? What are the risks that the scientists have under-estimated the feedback mechanisms such as the melting of methane currently trapped under Siberian permafrost or at the bottom of the oceans?

How does the world economy cope when cities like London, New York and Shanghai start to encounter increasing violent storms on increasingly high seas? What are the consequences of acidifying oceans and of destroying something as astonishingly beautiful and valuable as the Great Barrier Reef over half of which has already been damaged?

These are not pleasant or easy things to think about. Nor are all the ways of curing the problem easy or without requirements for significant changes to our current lifestyles. But that does not make it wise to ignore the problem and hope it will go away.

If you listen to the current government then you could easily be lulled into a false sense of security and believe that we have the greenest set of politicians ever pursuing the climate change agenda with real enthusiasm. Yet even the simplest and easiest things aren’t being done.

The UK is still putting up new buildings without solar panels or heat exchange units. The UK still has some of the most expensive public transport systems in the world and lags behind places like China in the conversion of that system to low carbon energy sources. The UK has just scrapped a badly designed home energy conservation system which could so easily have reduced people’s home energy bills, whilst cutting carbon use significantly.

When it comes to the harder but equally necessary changes that have to happen to our current lifestyles, they hardly even figure on the political agenda of any of the major parties.

The challenge of change

For example, somehow, we have to remove the use of plastic from almost every aspect of our lives. Somehow, we need to change the entire system of agriculture, food distribution and consumption. Somehow, we must cease to produce waste and create a circular economy. These are not easy problems that can be fixed by planting a few more trees or putting a tax on plastic bottles.

They are also challenges that could easily prove very unpopular if they are handled in clumsy and insensitive ways. If the result is that people’s bills are increased and their daily lives made more awkward and inconvenient, there is the danger of creating a backlash against environmental policies.

There is also a real risk that the response to a problem that can only be solved by international collaboration will be a retreat to narrow nationalism and a determination to cling to familiar but outdated fossil fuel technologies.

The challenge for those of us who are prepared to face up to the reality of the mess that an obsession with competitive economics has created for us is how to make change popular.

It is necessary to shift to a much more collaborative society, with an emphasis on local community lifestyles and less intense patterns of working and consuming. If all that happens in the next few months is that humanity rushes to get back to producing and consuming as rapidly as it can, then we can pretty much guarantee that we are headed for the next hard lesson in what happens when you treat a complex ecosystem as a consumable.

If, on the other hand, we manage to build on some of the lessons about communities working together and about the value of mutual support, then we have a chance to survive a challenging future and emerge stronger and happier.

The challenge of leadership

Boris Johnson seems to believe that the reason that the UK’s vaccine programme has been a success is because people involved in it were driven by self interest and greed. That does not exactly inspire confidence that he has grasped the realities of the challenges we face and has the intellectual tools that are needed to help us face up to them.

The countries of the world have an urgent need of good leadership. We must hold our politicians to account until they provide it.