Drinking habits changed for many people during the pandemic. Is this trend mirrored across other countries? 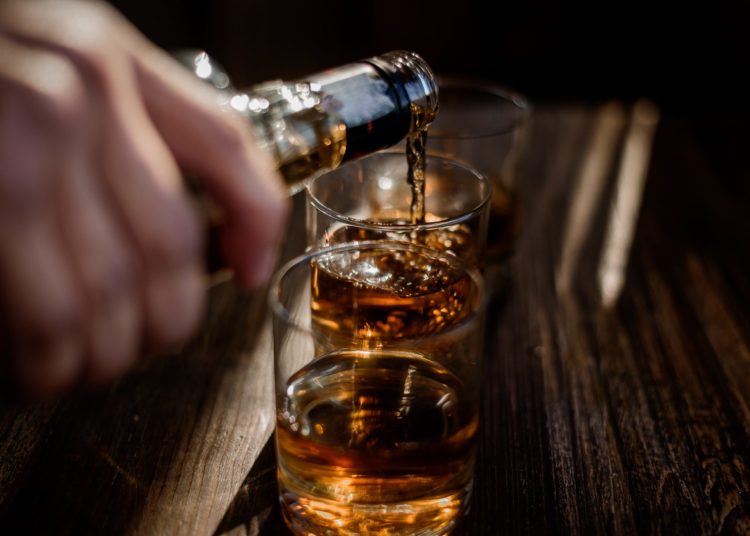 After a year of pandemic and lockdown, countries across the world have endured the knock-on effects caused by isolation and separation. The public have been encouraged to stay at home, excluded from work, forbidden to see friends and family. As we ease out of restrictions in the UK, the effects of the pandemic on our drinking habits are becoming apparent.

Alcohol Change UK commissioned a report under Opinium on Britain’s drinking habits throughout the first lockdown in 2020 and found that 28 percent of adults agreed with the statement “Overall I have drunk more alcohol than usual in lockdown”.

This is confirmed by the report in The Grocer that in 2020 UK citizens brought home an extra 498.5 litres of booze. Home alcohol sales of wine, beer and spirits topped £1.1bn in the four weeks to 22 March 2020 from the beginning of lockdown. An extra £119m was added compared with the same period in 2019 as alcohol sales jumped by 22 percent in March, according to consumer analysts Kantar.

What effect did this have on the nation’s health? Is it a pattern that was mirrored similarly across the globe? And why or why not?

An interesting fact about the general increase in alcohol consumption during this last year is that women in particular were drinking more.

Research from the alcohol awareness charity Drinkaware found 27 percent of women, compared to 25 percent of men, had said they were drinking more during the pandemic. When the tier system was introduced by the government in December 2020, figures from Public Health England showed that women had increased their daily unit intake to 14 units per week. The NHS advises 14 units per week as a maximum and recommends two to three alcohol-free nights a week.

The sad but inevitable effect of the UK’s increased intake of alcohol is that the number of alcohol related deaths in England and Wales hit a record number during the pandemic. The Office for National Statistics figures show that between January and September last year 5,460 deaths were caused by alcohol misuse. This is a 16 percent leap from the same period in 2019, the highest since the data series began in 2001.

Pandemic alcohol consumption in the US

The situation in the US looks pretty similar. Consumer research organisation Neilsen IQ reported a 54 percent increase in the national sales of alcohol on 21 March 2020 and a 262 percent increase in online alcohol sales, presumably as people were adhering to the stay-at-home advice. Preliminary data from Minnesota showing an acceleration in alcohol-related deaths in the middle of last year suggest that this is likely to have had an effect across the country.

Why were we drinking more?

In the words of Dr Adrian Dela Cruz in the US publication Elemental, “Stress, isolation, and boredom” – feelings we were all experiencing during lockdown – “are all potential triggers for alcohol consumption”. In addition to stresses about jobs and finances, having children at home doing distance learning piled particular pressure on parents. The same article quotes research findings that “stressed parents are … twice as likely to report binge drinking at least once over the prior month than parents who are not stressed”.

According to Dr Sadie Boniface, head of research at the Institute of Alcohol Studies, the particular increase in women’s alcohol consumption in the UK could be due to added domestic and childcare pressure:

“We … know that many women face more caring responsibilities, not just for their own children, but wider family and friends as well, so increases in drinking may be some sort of coping mechanism for dealing with that too.”

Did the pandemic cause a similar spike in alcohol consumption everywhere?

Not every country drank more

If pandemic stresses and pressures were sufficient causes of increased alcohol consumption, we might reasonably expect to have seen Italians drinking more. Italy recorded its first case of Covid-19 on 20 February 2020 and was the first European country to suffer a wave of infection and impose a nationwide lockdown. At the end of the year Italy was Europe’s coronavirus death capital with 700,395 deaths. In fact, a report found that the pandemic did not affect the consumption behaviour of 80 percent of wine drinkers, with 12 percent drinking less and only 7 percent consuming more wine than before.

France, another country hit severely during the pandemic with the third highest death toll, 103,000 deaths currently, closely mirrored Italy in alcohol consumption habits. Over three-quarters of people did not change their previous drinking habits, with only 7 percent stating they drank more.

There is no doubt that both in the UK and the US government handling of the pandemic left much to be desired. Serious mistakes were made, causing an exacerbation of the kinds of pressures known to be linked to increased alcohol consumption and indeed encouraging this.

Dithering, delay, a decision to keep our borders open, and the failure to discourage household mixing at Christmas led to increases in cases that meant England endured three national lockdowns and the abominable tier system that kept areas of the country in further closure. Little wonder, perhaps, that we sought solace in our “Covid cocktails” at “wine o’clock”. But for some people, this turned into a serious drinking problem.

In addition, putting the British economy before the British public’s health, the government instituted the Eat Out to Help Out scheme after the first lockdown. This, in the words of Cambridge academic Dr Flavio Toxvaerd, “was an ill-conceived policy that helped spread the disease at taxpayers’ expense” – and also further encouraged drinking.

The American government’s handling of the pandemic was arguably even worse than our own. As cases and deaths rose ever higher, states were reduced to ordering their own lockdowns, with little guidance, support or leadership from the White House. Rising alcohol consumption was encouraged by the relaxation by many states of their alcohol laws to make it easier to buy alcohol in order to provide economic support for businesses and a maintenance of tax revenue.

Government failure to control the pandemic doesn’t explain why the picture in Italy and France is much better. Another factor that must be coming into play is that countries have fundamentally different drinking cultures.

Interviews conducted by The Guardian on drinking habits are revealing. In France “people drink extensively and steadily, but in small units … The French drink to savour flavours and to enhance their food”. Similarly, in Italy, “consuming alcohol revolves around food … So you are either drinking to accompany your meal (wine will always be on the table at an Italian meal), or you are being given free snacks to soak up your drink when at a bar.”

Meanwhile in the UK, “the notion of enjoying yourself in the evening without alcohol is so unusual it can lead to you being called a freak (or at least miserable and antisocial) whereas drinking yourself insensible is not only acceptable, it is admired.”

The US also has a problem with binge drinking, with more than 25 percent of people reporting in a 2019 survey that they had engaged in binge drinking in the previous month.

It therefore doesn’t take a pandemic to get the UK and US drinking to excess but there can be little doubt that poor pandemic management by our governments created stresses that made things worse. In addition, encouraging increased alcohol use during the pandemic was taking real risks with known problems in our two countries. This was in direct contravention of the advice from the World Health Organization that:

“Existing rules and regulations to protect health and reduce harm caused by alcohol, such as restricting access, should be upheld and even reinforced during the COVID-19 pandemic … while any relaxation of regulations or their enforcement should be avoided.”

The role that can be played by good government is underlined by the fact that New Zealand does have a binge drinking culture but kept drinking more or less steady during the pandemic. Only a 4.3 percent rise in wine, 5.2 percent rise in spirits and a 1.4 percent decline in beers was reported here.

What does this mean for the UK?

The fact that alcohol killed more people in 2020 than in the previous 20 years is described by Professor Sir Ian Gilmore, Chair of the Alcohol Health Alliance as “devastating”. He added that “the government must urgently introduce an alcohol strategy which addresses health inequalities, improves access to treatment ‘and stops the sale of cheap, strong alcohol that is so harmful to health’”.

It will take time for all the fallout from the pandemic and lockdowns to become clear, but one consequence we are certainly already seeing is the tragic impact of excessive pandemic-related alcohol consumption, for which at least some of the blame must be attached to the government. We must hope that ministers are now willing to allocate the commitment and funding necessary to curb this terrible trend and help people to get their lives back on track.

Ok Rehab specialises in addiction treatment including for alcohol. If you are struggling with addiction please reach out for help.