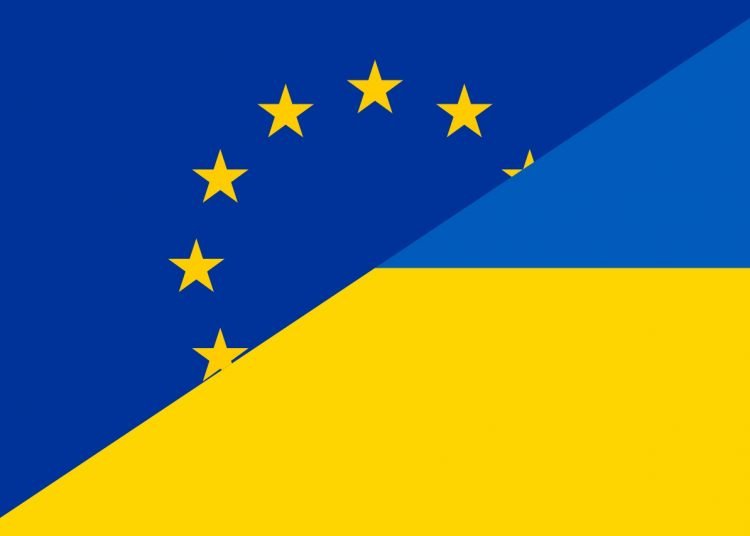 Photo by Jurta on Wikimedia Commons licensed by CC0 1.0

The idea that any European state sharing the EU’s democratic values, commitment to the rule of law and human rights could join the EU goes back to when the European Economic Community (EEC) was founded in 1957. The reason was to provide for the possibility that one day Germany might be reunited within a union of then six states committed to working together to maintain peace amongst themselves and avert world war.

At that time, Germany was divided into two separate entities – West and East – and there was no Berlin wall. It was built in 1961 and throughout that period, the Soviet Union’s leaders tried to persuade West Germany to accept neutrality as the price of reunification. West Germany rejected that. Germany was reunited in 1990 when the Soviet Union disintegrated and East Germany joined what is now the Federal Republic of Germany, acceding to the EEC (as the EU was known before 1993) as part of it.

The idea that Ukraine might one day seek membership was not foreseen.

Ukraine wants to join the EU: what would that entail?

Fast forward to 2022. Four days after Putin declared war, President Zelenskyy asked the EU to permit Ukraine to join the EU. On 1 March, the European parliament, which has to approve Ukrainian membership, recommended granting Ukraine candidate status for EU membership. The EU council heads of government met in Versailles on 10–11 March and instructed the EU Commission to evaluate this. Normally, this leads to months if not years of discussions and the submission by the applicant of a formal questionnaire

President Zelenskyy submitted a completed questionnaire on EU membership ten days after first getting it from Commission president von der Leyen on 8 April. It is believed that this will expedite confirmation of Ukraine’s candidate status within weeks. Meanwhile, the Commission’s task is now to produce an expert opinion.

Next steps and challenges

There are technical steps that must be completed before any state can join the EU. It is important to remember that the EU in 2022 is very different to the EEC in 1957.

In 2022, it is far more integrated. There is a single European market complete with freedom of movement of goods, services, people and capital. The internal borders between now 27 member states have been removed. Joining this should not lead to insurmountable problems as will be explained.

More problematic is everything that is associated with security cooperation, something that was not on the agenda in 1957 because the physical security of the EEC was assured by Nato. All EU founding states were Nato members. The first neutral state to join the EU was Ireland in 1973; followed by Austria, Finland and Sweden in 1994. Finland and Sweden may seek Nato membership in response to Russia’s invasion of Ukraine.

So in theory, defence is separate from the EU. And a new member state could probably opt out of EU defence and security areas in ways that existing neutral states have done. It could also opt out of internal security and policing matters where necessary as Denmark and the UK did.

The question is, could Ukrainian accession to the EU be separated into these two broad areas: the customs union and single market; and defence and security? And are there interim steps that would help Ukraine? 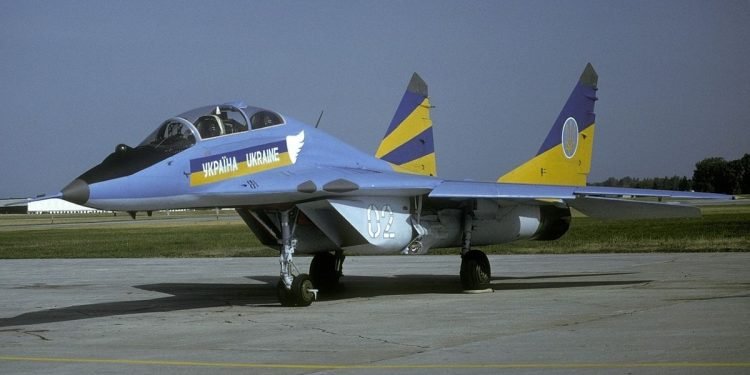 Croatia is the most recent member to join the EU. Accession took ten years from start of the process in 2003 to its culmination in 2013. The EU’s 11 member states from central and eastern Europe are especially keen on Ukraine joining.

That will be followed by negotiations on all kinds of issues that are grouped together into ‘chapters’, each of which has to be unanimously endorsed by all of the EU’s 27 member governments; and by Ukraine preparing to meet and implement EU laws and standards. Only then will the EU Commission prepare an ‘opinion’, which will assess Ukraine’s readiness to accede. If all goes well, the EU member governments will then decide to close negotiations and the European parliament will vote on whether or not Ukraine should join on an agreed basis.

Finally, all EU member governments and Ukraine will have to sign and ratify the accession treaty. Only then does Ukraine become an EU member.

The process is normally protracted. There is no fast-track procedure and East German accession is not a precedent.

There are some reasons to think that Ukrainian accession could be speeded up because since 2014 Ukraine has an association agreement with the EU and a deep and comprehensive free trade area agreement. Both cover what would be in the chapters. All have been regularly reviewed by Ukraine and the EU since then. Moderate or good progress has been made on all but seven areas so far. The most problematic remain intellectual property rights and aspects of macroeconomic policy. Anti-corruption measures also need improving.

Ukraine’s progress broadly matches that of other candidate states (Serbia, Montenegro, North Macedonia and Albania). Ukraine and Moldova also acceded in March to the European synchronous electricity grid (ENTSO-E). Such involvement is important also to the EU because it is committed to ‘strategic autonomy’ to ensure energy supply and food security in future.

This has led influential think tanks to suggest that it may be appropriate to find ways to engage Ukraine in the EU before accession negotiations are completed, by allowing it to participate, for example, as an observer in EU institutions, and possibly programmes for women, education, structural and regional development.

The difficult issue of security and defence cannot be readily resolved. It has recently been explored by august research institutes and universities. In peace time, the EU portrayed itself as a civilian power; an organisation that resolves conflicts without use of military force. It has not wanted to have an independent EU military capacity. It does not have an army. But there is now an unavoidable imperative to refine a feasible defence strategy. The European council president Charles Michel branded 2022 ‘the year of European defence’.

Defence related initiatives have grown since 2016 to boost civilian, industrial and military cooperation. The EU rethought its contribution to peacekeeping via its European Peace facility designed to enhance EU solidarity and mutual assistance in the wake of crises. The withdrawal from Afghanistan and especially current multidimensional risk landscape present significant challenges.

Non-EU countries (like the UK, now a ‘third country’) can and do take part in EU common security and defence policy in various ways, including capacity-building around its borders, joint training exercises, missions, investment, procurement and industrial development.

In its Strategic Compass, approved in March 2022, the EU council called for stronger bilateral partnerships with partners like Nato, the UN and regional bodies as well as with states like Norway, the US, Japan, Canada and the UK. It also envisages an EU security and defence partnership forum. The war in Ukraine has accelerated EU defence measures and it must be recognised that any common defence integration has implications for greater integration.

There are ways in which Ukraine, like others, could be involved in this without being fully integrated into the EU’s security and defence policy. Whether this would be feasible and acceptable remains to be seen. Until then, imaginative and constructive ways forward must be found.