Due to restrictive Chinese security laws in Hong Kong, there are more and more Hong Kong citizens coming to the UK for safety. 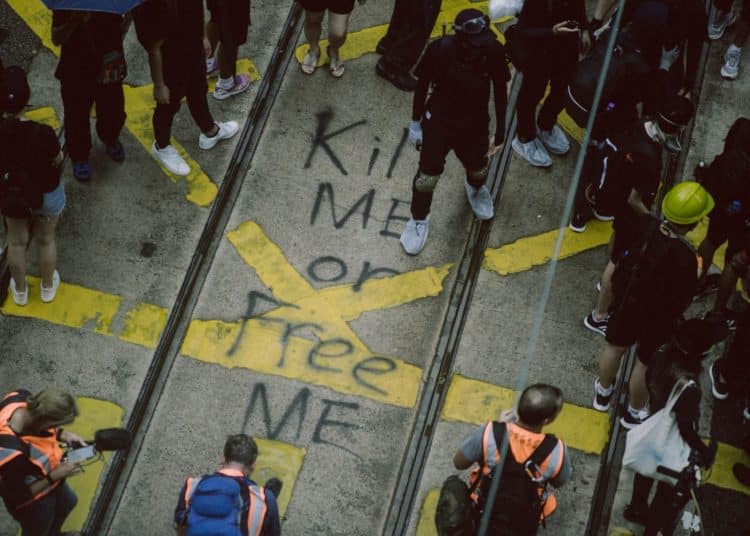 Photo by Joseph Chan on Unsplash

On 1 February 2021, a day after the new visa application system was set in motion, Michael and Joanna, two Hongkongers in their 30s, applied for British National Overseas (BNO) citizenships for themselves and their four-year-old son George. With their BNO passports in hand, they fled their home and arrived in Manchester months later.

A new life awaits the family. But, they keep asking themselves: was it all worth it?

“We are victims of current circumstances and we are merely seeking a better future for our family”, the couple says.

Michael and Joanna are among the 64,900 Hongkongers who have applied for UK residency from February to June this year. Born before 1997 in British-ruled Hong Kong with BNO passports, Michael and Joanna are eligible for BNO visas allowing them to live and work in the UK with their child George as their dependent. They have applied to stay for five years in Britain. After this period, they are able to choose to apply for indefinite leave to remain, and finally, for British citizenship after a year.

The couple owned a successful restaurant in Wan Chai, a metropolitan district known for its dining culture. Their business was popular among both locals and tourists and had built an impressive clientele over the past five years. It was also located near a thoroughfare often packed with protesters and riot police in the past two years.

They participated in the anti-extradition demonstrations in 2019, which started as demonstrations against the China extradition bill and escalated to a widespread anti-Beijing movement. They hung up pro-democracy posters in their restaurant and offered refuge to protesters. “Since we are close by to their usual route, we would offer them shelter, food and water. We were friendly with a lot of ‘frontline veterans’ in the district”, Joanna explained.

Their act of kindness and belief in the democratic right to assemble freely, however, is now a criminal, subversive act under the National Security Law that came into being in June last year. The law criminalises any act of secession, subversion, terrorism and collusion with foreign or external forces up to a maximum sentence of life in prison.

And despite government reassurance that the law will not be retroactive, Michael and Joanna have witnessed friends and acquaintances being arrested for supporting or attending the 2019 protest rallies. They are also worried about their child’s future in a country where they say free speech is under duress. “The police could trace it all the way back to us. The government will use anything against you”, Michael admitted.

“Our son deserves a future in a country where he can say and think whatever he wants, and an education that doesn’t force these ‘nationalist’ values in children and brainwash them”, Joanna said. “[Hong Kong’s] core values are no more. They faded over time as China takes more and more control.” 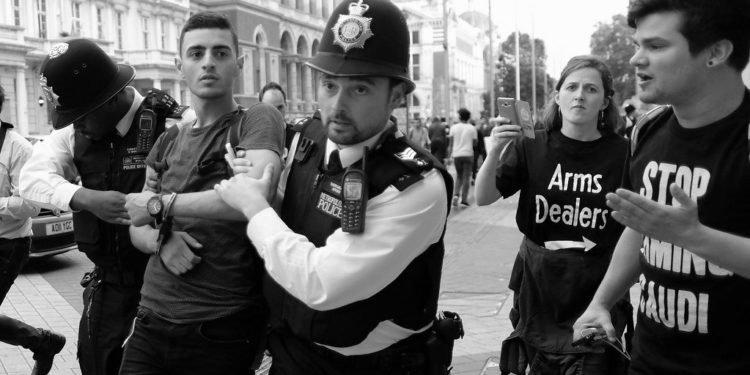 Hong Kong-based political scientist Simon Shen explained that Beijing reserves the right to interpret the broadly worded legislation however it wants, and some cases can be tried in Mainland Chinese courts. “It disrupts the city’s judicial autonomy, the rule of law and renders the ‘One Country, Two Systems’ principle invalid”, Shen said.

China’s central government insisted that this law will restore the city’s order and stability, while critics say it curtails the freedom of speech and erodes Hong Kong’s autonomy. Over 150 pro-democracy protesters, journalists and lawmakers have been arrested under this security law since its enactment in June 2020.

“It’s true that a lot of young people, particularly secondary school and university students, are determined to stay since they have sworn loyalty to the city. But many in their 20–40s have already applied for emigration. They have their families to think about and care for”, Shen said.

The UK introduced the new visa system that is open to 5.4 million Hong Kong citizens – accounting for 70 percent of the population, who wish to find refuge in the country. Since 2019, China has called on the UK government to stop meddling in its domestic issues in response to the latter’s proclaimed support for Hong Kong’s protesters, disapproval of the security law and introduction of the new visa scheme.

“It’s unclear what China’s refusal to recognise the BNO passport means for British nationals in Hong Kong, but their announcement no doubt puts even more pressure on people to emigrate”, Shen said.

The couple now runs a modest restaurant in the suburban market town Stretford, Manchester, offering authentic Cantonese cuisine as their unique selling point to locals. Resuming their usual roles, Michael is in charge of the kitchen while Joanna manages the floor. However, this relatively settled life they are leading was a long time coming.

As Hong Kong citizens, coming to the UK has not been a sunshine and rainbows journey either. “We have had to relearn everything, and we started planning everything long before the BNO arrangement had been announced. We needed to get loans from the bank, find a place where we can settle down, start up a restaurant, and George could flourish. Applying for the visas, looking at schools, considering our budget but also the friendliness and crime rate of an area… We are also concerned with the mask culture in the UK and how people would treat us and our son as foreign migrants.

“It’s hard. We didn’t even know the problems we encountered would be problems in the first place”, Michael jokingly remarked with a dry sense of humour.

Joanna said their families had tried to convince them to stay, to just “wipe everything … and keep a low profile”. Their parents have been devastated to see them give up their restaurant, and emigrate to the UK, leaving behind their friends and families in Hong Kong.