We are led through this time of war by a man whose party took millions in Russian funding, a liar who can't even follow his own rules 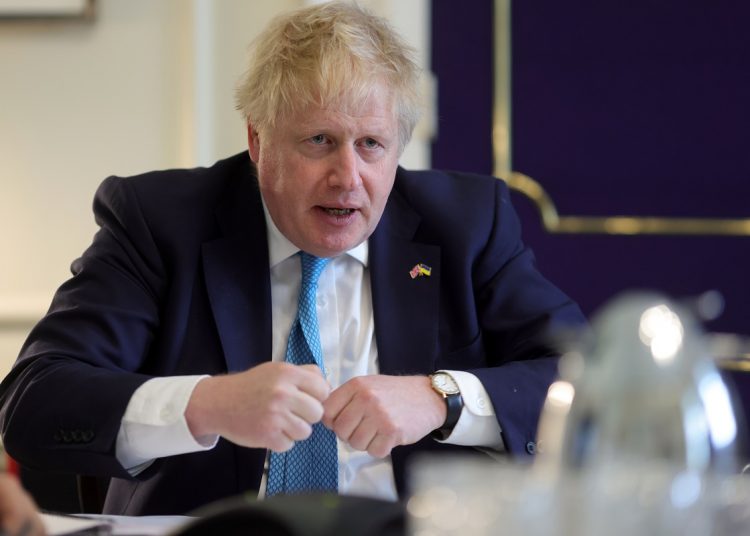 There is a theory that Boris Johnson has had a good war. A few short weeks ago, he was mired in problems created by the sleazy standards of behaviour he himself established at the heart of government. Now he is posing night after night as a determined leader of the war against Vladimir Putin and everything he stands for. His loyal supporters are trying to tell us that his breaking lockdown rules is of no importance because we all need to rally behind his wise leadership at a time of war.

The problems with Johnson’s ‘wise’ leadership

There are just a few small problems with this theory. The first is that Johnson leads a party that took millions from Russian oligarchs who bought influence in British politics by providing the funds that helped finance his election. When we are involved in an armed conflict with Putin and the elite that supports and gains from his regime, it is rather important that the political party that leads our nation hasn’t been taking cash from those supporters. There is an indisputable evidence trail that shows that the Conservatives have taken £1.9m in funding from Russian oligarchs during Johnson’s period in office.

The second is that the Johnson government has utterly disgraced itself by letting down the refugees that have fled from the fighting. Instead of being welcomed by a British government determined to provide refuge quickly and reliably to people in great need, our nation has been shamed by exposing them to a hostile environment for refugees; something that isn’t the fault of a few over-zealous civil servants.

That hostile atmosphere has been consciously created over months and years by Johnson and his loyal acolytes like Priti Patel. The long forms, difficult rules and downright cruel treatment of people in need are a consequence of official Conservative Party policy. It contrasts dramatically from the behaviour of political leaders across Europe. Cash-strapped Moldova has looked after a quarter of a million refugees. Britain has managed to issue visas to around 10,000.

The third problem with the cosy theory that lying and law breaking can be ignored in a prime minister is that those lies weakened our country in its hour of need. Johnson was the person who led the campaign to pull Britain out of the EU. Exactly what Putin wanted; because Putin thought that weakening the EU would make it easier for him to grab more power and more land.

Every effort has been made to disguise the evidence trail that Vote Leave took money from Putin’s Russia as part of its deliberate strategy to divide and rule. Obscure offshore accounts were used to try to hide the fact that a lot more money was spent than key donors like Arron Banks appeared to have available to donate. When challenged by MPs to properly investigate this foreign interference in British politics, Johnson responded with determination – a determination to cover it up.

Since the very start of the Brexit campaign, much has been made of the threat that the EU could become a European super state that would have its own standing army. Right now such a force might be rather useful. What is a lot less useful is having the UK prime minister compare its democratic decision making processes to Putin’s authoritarian regime.

Instead of strengthening Britain’s authority, he has left it isolated from discussions in the most important decision making body in Europe – the EU. 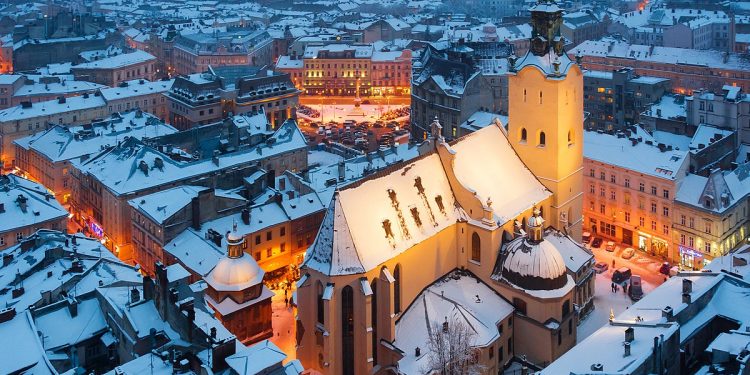 There is an astonishingly wide consensus across the whole of Europe that arms need to be supplied to the Ukrainian government to help it defend innocent people against brutal military aggression. In Germany, the Green Party has been advocating selling arms to Ukraine for over almost a year. When it became a key player in the new coalition government, one of its first moves was to vote to end Germany’s 77-year-old policy of refusing to supply arms to either side in a war. The only opposition to selling those arms has come from far-right figures such as Viktor Orban; someone that Johnson has worked hard to cultivate.

In Britain, there has also been an extraordinarily wide spectrum of support for Ukraine. So Johnson cannot claim any great credit for the fact that the UK has been supplying much-needed weapons to the Ukraine. That is something that every British political party from the Greens to Reform UK supports. The only unique thing about Johnson’s approach is his ability to insult our neighbours for cheap political gain.

Trying to go it alone in a complex and threatening world is strategic madness. Everyone needs allies. That is one of the reasons why the EU is such an important tool; one that has acted to prevent a war between its members for over 70 years. Negotiations between nations that are struggling to work together but have different interests are messy, frustrating, slow, bureaucratic and irritating. But they are a lot better than the alternative.

Johnson leads a race to the bottom

Johnson has built a career on dubious attacks on those who worked hard to turn Europe into a beacon of mutually agreed high standards. His strategy has been a race to the bottom. He is busy establishing so-called freeports where firms can dump workers rights more casually than the chief executive of P&O Ferries. He has been desperately trying to sign up Britain to trade deals that reduce Britain’s food security by making us reliant on imports produced by the most aggressive intensive farming methods, while British farmers will be forced out of business if they maintain high standards.

There has been much talk about using Brexit to make Britain a strong global player. The truth is that it has done the exact opposite. At this critical time the UK stands isolated, nervously scanning the horizon for any trading partner who will sign up to a deal that favours them more than us. Brexit has been used by Putin to divide and weaken Europe. Johnson helped him and in the process divided and weakened the UK.

At a time when unity is critical in facing down Putin and everything he stands for, the UK is led by a man who collaborated in taking his money to undermine that unity. When the nation faced a health crisis, it was led through it by someone who couldn’t be trusted to obey the rules that he asked others to follow. Now that we face war and its consequences, it is even more important that we are led by someone the nation can trust.

Reliability, honesty and trustworthiness are not key characteristics of Boris Johnson.