Gibraltar, Brexit and Schengen: it’s all about the border

Debbie Eade, in her first article with Yorkshire Bylines, explains the conundrum that Brexit creates for the border between Gibraltar and Spain and the negotiations that have taken place in order to maintain the friendly relationship between the neighbours. 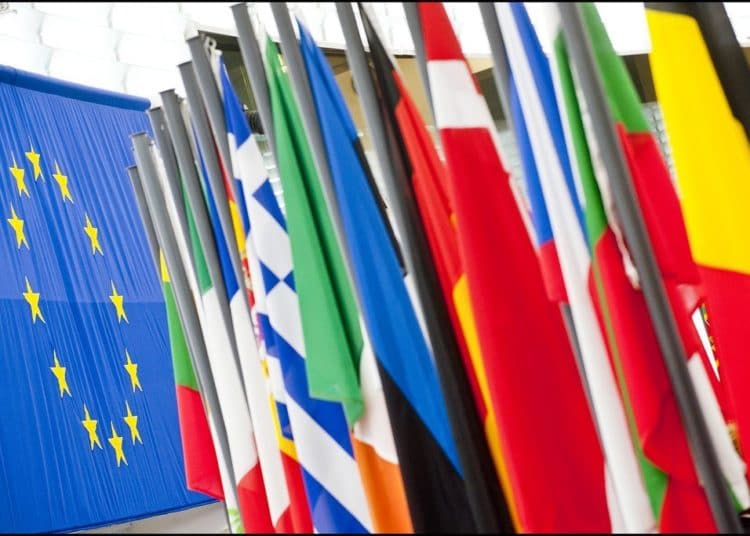 At 1 o’clock in the morning on 31 December 2020, the last day of the Brexit transition period, the governments of Gibraltar, UK and Spain reached agreement on a preliminary framework for a treaty to govern Gibraltar’s relationship with the European Union. The treaty would be between the UK, which is responsible for Gibraltar’s international affairs, and the EU. The framework includes the proposal that Gibraltar, while remaining fully British and outside the EU, should have a bespoke arrangement to provide access to the Schengen Area, thereby eliminating physical checks for people and goods at the land border with Spain.

The reaction to this news was immediate and varied. There was unbridled joy from those who were dreading what a hard Brexit would mean for the border, outrage from Spanish obsessives who accused their government of losing the chance to ‘get Gibraltar back’, fear among some Gibraltarians who are worried that they have been ‘sold out’, and paranoia among some in UK who complained loudly on social media that, “foreigners will have more rights in a British territory than we will”.

It is important to note that this is only the start of a process. It is not a ‘deal’ in itself. It is basically an agreement to try to reach an agreement. Gibraltar is not in Schengen at the moment. We don’t know when it will be and it may not happen at all. Ahead lie months of negotiations, which nobody expects to be easy, and Gibraltar’s chief minister Fabian Picardo has made it very clear that he will walk away if there is any attempt to include anything which is not in Gibraltar’s interests, or crosses the red lines of sovereignty, jurisdiction and control.

This is, of course, all down to Brexit. As soon as the referendum was announced, the Gibraltar government began to look at what a Leave vote could mean for the Rock, and what they found was bad news. Their findings for a ‘reasonable worst case scenario’ went into the UK’s Yellowhammer Report and Gibraltar set to work to try to minimise the impact of the potential problems and put contingency plans in place. “We are planning for the worst”, the government said, “while hoping for the best”.

It wasn’t so much about the loss of EU single market business, because Gibraltar’s economy is services-based, especially finance and gaming, and over 90 percent of its single market business was with the UK. The main problem would be keeping fluid movement across the frontier. As Gibraltar was not in Schengen or the customs union, there was already a hard border for people and goods, but without a suitable Brexit deal, it was bound to get a whole lot harder, with long delays due to extra checks and passports being wet-stamped.

It is often unrecognised abroad, but there is a strong symbiotic relationship between Gibraltar and the nearest area of Spain, the Campo de Gibraltar – a poor region with high unemployment. Nearly 15,000 people cross from there into Gibraltar to work, of whom more than 9,000 are Spanish. Businesses provide cross-border services on the Rock. Gibraltar is the second largest employer for Andalucía, Spain’s biggest region, after the Andalusian government, and represents about 25 percent of gross domestic product (GDP) in the Campo de Gibraltar.

These are friends and neighbours. The attitude of ‘them and us’ hardly exists in this area; instead, ‘they’ are seen as the far-off governments in Madrid and London, beating their chests over sovereignty, while people here just go about their everyday business with the irritation and inconvenience of a frontier to cross while doing so. When Brexit raised its ugly head in 2016, people and politicians on both sides of the border were worried, and as time dragged on that concern deepened. This was going to be a shared problem.

However, it would seem that the present governments of Spain and Gibraltar happened to be in the right place at the right time. They are on the same side of the political divide, and were prepared to be pragmatic. Instead of a shared problem caused by a Brexit neither of them wanted, why not aim for shared prosperity for the area, both sides of the border? Spain still wants Gibraltar to become Spanish, and Gibraltar is equally determined to remain British, so they acknowledged that, parked the issue and concentrated on the matter in hand.

Despite ‘looking beyond the endless sovereignty issue’ for the purpose of these negotiations, more than 300 years of a sometimes-turbulent history have had an effect. If the Schengen idea does go ahead, it means the external border will move to Gibraltar’s airport and port. One sticking point in the discussions was the staffing of that border: ‘That’ll be us’, said Spain, which is responsible to the EU for implementing the Schengen border. To which Gibraltar’s response was ‘No way, José, no Spanish security forces on Gibraltarian soil’. That is why the EU’s Frontex force was proposed as a solution instead. Gibraltarian officials will be responsible for handling all arrivals and stays in Gibraltar, while the Frontex force will pass the relevant information remotely to Spain about travellers crossing into and out of the Schengen Area.

When the New Year’s Eve agreement was announced, Picardo said the negotiations had been extremely difficult, which is why they went right to the wire. Finalising the details of the treaty could take several months and, if and when they are agreed, they will still have to be given formal approval by the EU and UK. Nothing is at all certain, and there could be a bumpy ride ahead. Gibraltar may yet end up suffering the effects of a very harsh Brexit, but if that’s the case, it won’t be for a lack of trying.

Debbie is a freelance journalist with long experience in TV and radio news as well as print media. She has been living and working in southern Spain for over 30 years and is the Gibraltar correspondent for an English-language newspaper which is part of Spain's biggest media group. Debbie is also closely involved with the Historical Memory movement, working to obtain justice, truth and reparation for victims of Franco repression during and after the Spanish Civil war.