death, the scale of protest and civil unrest is on a scale not seen since the Vietnam War. 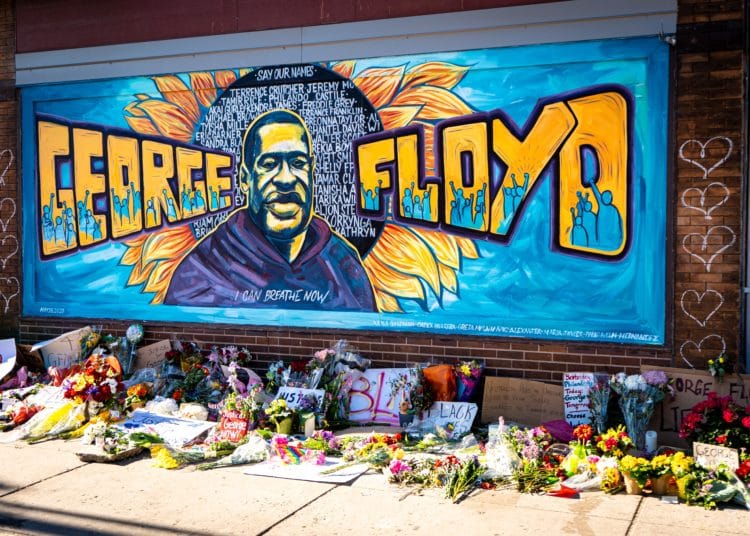 Photo by munshots on Unsplash

A man died on the streets of a major American city whilst being restrained by police officers, pleading that he ‘couldn’t breathe’. Onlookers watched, horrified and powerless until he was motionless. That man was Eric Garner, a 43-year-old accused of selling cigarettes without a tax stamp.

The video of his homicide at the hands of law enforcement officers, in the early afternoon on 17 July 2014 in the middle of a street in Staten Island NY, triggered outrage across the US. Some members of the New York Police Department responded by wearing t-shirts carrying the phrase ‘I can breathe, thanks to the NYPD’, which prompted further protests and counter-protests. The officer responsible for Garner’s death was fired from his job after a disciplinary hearing in 2019; he is currently suing the NYPD in order to be reinstated.

On 25 May 2020, nearly six years after Garner was killed, it was George Floyd who couldn’t breathe.

In the one week since Floyd’s death, the scale of protest and civil unrest is on a scale not seen since the Vietnam War. Demonstrations breaking out following the deaths of black men at the hands of law enforcement in the US is sadly all too common, with seven instances occurring in the last five years alone. This time, the protesters are not showing any signs of conceding to the status quo.

Whilst scenes of businesses in Minneapolis being destroyed will sadden many, it is important to make the distinction between opportunist looters and the people trying to feel safe in their own country. A country founded on ideal of ‘freedom’; a concept it struggles to extend to all of its citizens 300 years later.

The president announced on Sunday that he would be declaring ‘Antifa’ a terrorist organisation. Antifa is not an organisation, it simply means anti-fascist. It has no membership or leadership; rather it is a label some groups give themselves whilst protesting. In a good society, everyone would identify themselves as being anti-fascist. Trump’s designation of Antifa as a terrorist organisation has raised fears that it gives the police more powers in tackling protesters, giving them the ability to arrest anyone they claim is ‘Antifa’ on terrorist charges. Such a precedent would be dangerous, a direct attack the First Amendment rights for American citizens.

The night of Sunday 31 May continued to show the world the anger many have in America at this repetition of awful events. All week, protests have occurred in over 140 US cities according to the New York Times, with the National Guard currently deployed in more than half of US states.

Trump declared on Twitter that the National Guard had “stopped them cold last night” in regard to protesters in Minneapolis on Saturday evening.

Sunday evening would see protesters occupy Lafayette park, yards away from the White House, as demonstrations continued into their third night in the capital. The White House response was to turn the lights off, an action usually reserved for the death of a president.

The President’s tweets of “LAW & ORDER” and “FAKE NEWS” throughout Sunday have apparently not been enough to quell the historic and unyielding tensions within America. Trump tweeted in 2014 that America was a “rudderless ship, heading for a major disaster” – a conclusion that an onlooker now might make of the current situation as Trump was moved to the White House bunker for the second time since Friday.

On Monday, the president took a more heavy-handed approach. In a call to state governors, he ordered them to ‘dominate’ the protesters whilst curfews were implemented nationwide. In an address from the White House rose garden, Trump threatened the nation with the prospect of the military being deployed if states did not follow his advice. He ended his speech by saying he was going to pay his respects to a “very, very special place”. A bizarre photoshoot followed; Trump held up a book and declared “it’s a bible” whilst standing in front of St. John’s church, which had been damaged on Sunday night. The Episcopal Bishop of Washington DC, Mariann Budde, told the Washington Post she was “outraged” about the event, feeling the church had been used as a prop, with details emerging that activists had been cleared out of the area earlier in the day by tear gas just for the photo opportunity.

The national unrest has been further fuelled by footage going viral on social media of excessive police force being used to repel protesters, including the use of rubber bullets and videos of police cars being driven towards crowds. The sight of a CNN news crew being arrested in Minneapolis on Friday morning whilst live on air also gave the world a glimpse of what dangerous rhetoric about the press can result in.

With the backdrop of the coronavirus, protesters realise the risk of rallying in mass groups. The fact they still protest shows the dedication to the cause, a sense that enough is finally enough. As Martin Luther King said, “a riot is the language of the unheard”. Millions of American citizens have been unheard for too long.