Paul Bright explains the significance of the Belgian farmer that moved the stone that marked the 200-year border between Belgium and France. Fortunately, authorities have seen the bright side of his mistake. 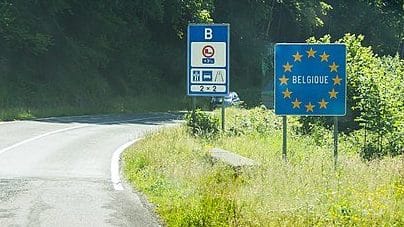 Belgium, by most measures, is not a very large country. But this week, the country grew by 1,000 square metres, thanks to the Belgian farmer who simply wanted more room for his tractor.

The border between France and Belgium has been stable for 200 years, and is one of the reasons that peace has been possible between the two nations. But when a local history enthusiast was taking a stroll in the forest, he noticed that the boundary-marking stone had moved almost 3 metres.

The Belgian farmer justified his decision to move the stone by telling reporters that the stone was obstructing the tractor’s path.

Usually, actions like this “cause a headache between private landowners”, David Lavaux, mayor of the Belgian village pointed out, “let alone neighbouring states”.

Border disputes like this are expected to result in international uproar. But both the French and Belgian authorities understand the lightness of the farmer’s action, and thus the bright side of the story. Lavaux joked that he was “happy [his] town was bigger … but the mayor of Bousignie-sur-Roc didn’t agree”.

History of the border and trigonometric methods

The first example of a nation using modern trigonometric methods to mark borders began in the late seventeenth-century thanks to France’s King Louis XIV’s royal astronomer, Giovanni Cassini. In an attempt to demonstrate France’s scientific power and ambition, Cassini was designated the role of planning and building an astronomical observatory, as part of the new Academy of Sciences.

From his early 20s until his death in 1712, aged 87, Cassini’s main task of the royal astronomer on appointment was to attempt to solve longitude, a major problem in maritime navigation at the time. It was hoped that this could be achieved by astronomical observation.

NASA’s Cassini spacecraft, named in memory of Giovanni’s son Jacques and his work on Saturn, made its final approach to Saturn and dove into the planet’s atmosphere on Friday 15 September 2017.

Aside from Cassini’s astronomical work, he made ground-breaking achievements in his realisation that telescopes on solid ground could be used to survey land by using triangulation. He and his team set about accurately surveying, for the first time, the boundaries of France.

The next three generations of the Cassini family spent years continuing his work on the creation of the Carte de France, a vast, 182-sheet map of the country on a scale of 1:86,400. If joined together, the map be twelve metres high and eleven metres wide.

Teams of trained surveyors crisscrossed France, measuring every square metre (a unit of measurement adopted by France in 1793, thanks largely to the Cassinis’ efforts). Some were attacked, one even murdered by suspicious locals, but their heroic efforts led to some of the most accurate and beautifully engraved maps in the history of cartography.

The survey was nearly completed when France was engulfed by revolution in the 1780s. Its methods were to set the standard for all subsequent national mapping surveys.

The significance of the farmer’s movement of the stone

Louis XIV, under whom the French mapping work was first commissioned, would be less than impressed that the Belgian farmer had reduced the size of French territory. As he is believed to

This is not the first time in its history that France has lost territory in peacetime, but both countries are hoping that this time, a border war can be avoided.

Nevertheless, as the BBC reports, the Belgian authorities are expected to ask the farmer to move the stone to its original position, and if he doesn’t, he may end up with a fine and a day trip to the Franco-Belgian border commission, “dormant since 1930”.

Brexit: is it sustainable?

Brexit: is it sustainable?