So what next? Are we to be friends or foes? This was the question addressed in the latest online event run by the EU|UK Forum. Sadly, the consensus was that, while we may not be enemies exactly, we’re not friends either. 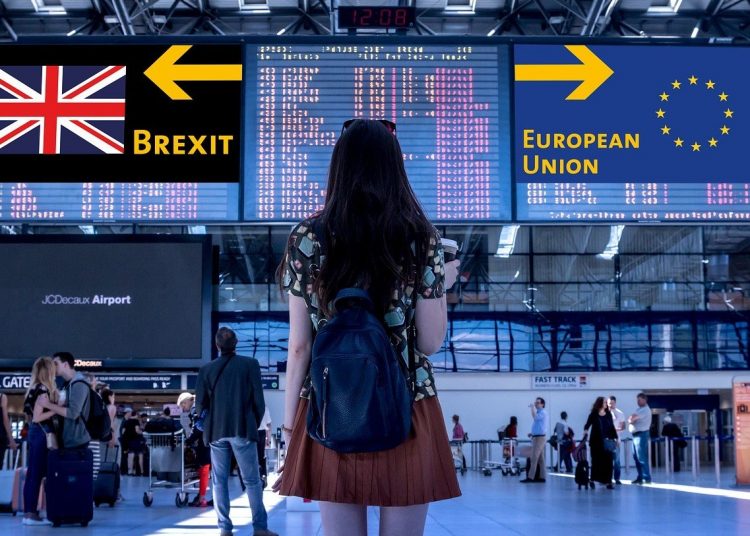 Image by Stux from Pixabay Free for commercial use

“The historical ties between Britain and France … are long and complex” (Wikipedia). And that’s putting it mildly. We’ve had a lot to put up with here: the Norman Conquest, the Hundred Years’ War, General de Gaulle and his famous ‘Non’, and a language that presents a tough challenge to the British stiff upper lip. The French have suffered the indignities of Agincourt and Waterloo, as well as the storming of the Académie Française barricades by a host of anglicisms, for example ‘faire un brainstorming’, for which we can only apologise.

Although Scotland and France were old allies – mostly in cahoots against England – Britain as a whole only created settled friendly ties with France in 1904 with the signing of the Entente Cordiale, and we were on the same side in the two world wars. When French reluctance was overcome and British suspicion conquered, we eventually became close partners in what we now call the EU. And then came Brexit …

Post-Brexit: not so cordial relationship between the UK and France

So what next? Are we to be friends or foes? This was the question addressed in the latest online event run by the EU|UK Forum. Speakers were Lord Peter Ricketts, former British ambassador in Paris, and Sylvie Bermann, former French ambassador in London, with Denis MacShane, former Labour Minister for Europe, in the chair.

Sadly, the consensus was that, while we may not be enemies exactly, we’re not friends either. Mme Bermann’s view was that after a divorce that was not by mutual consent, we’re now in a period of acrimony. She was in agreement with Lord Ricketts that it will take years rather than months to repair the damage.

UK and France: points of difference

Each speaker was asked to name three things that people in their country find hard to understand about the other. For Mme Bermann, it was the British decision to join the invasion of Iraq, the UK’s suspicion of any joint European defence initiative, and Brexit.

Lord Ricketts drew attention to the two countries’ different ways of pursuing ‘tradecraft’. Firstly, he mentioned the capacity of the French Foreign Office to launch grand initiatives on the world – totally lacking in detail and causing problems for others, but very creative and attractive. Secondly, he named the French willingness to take risks, for example quickly putting together big international conferences, where the Brits would agonise for weeks over the details and miss the boat. His final ‘frustration’ was the fact that the French diplomatic service is just so good!

The shock of Brexit

Mme Bermann mentioned her shock at the brexit referendum result, when she had been assured by everyone that we would remain. This was followed by some discussion of reasons as to why this came about. Lord Ricketts felt the constituency system had failed – MPs were not picking up on populist anger and therefore not feeding this information back to the centre. Denis MacShane felt that there was a lack of knowledge about Europe in governments after Blair.

Lord Ricketts added to this the mismatch between some British politicians’ views of the UK’s place in the world and the reality – that by ourselves we are no longer a great power. This lack of understanding leads to an ‘illusion of influence’. He and Mme Bermann agreed that the UK has ‘soft power’ advantages, for example in our language, culture and universities, but both pointed out that this has to be backed up with appropriate policies. In this regard, Lord Ricketts suggested, the current focus on ‘sovereignty’ is not helpful.

Lord Ricketts does see a ray of light: the arrival, perhaps in a decade, of a new generation of politicians – people who grew up with Erasmus and easyJet. We are unlikely to rejoin the EU, he felt, but with new people in charge we will be able to work towards an amicable relationship. Meanwhile we need to foster good will at the people-to-people level, pending a change in the political weather.

A worthy ambition. But Mme Bermann drew attention to something that could stand in the way: the lack of foreign language skills among British people. This is more likely, she said, to lead to further isolation than to the forging of friendships and understanding.

For those of us studying French in the sixties and seventies, France had enormous allure – enough to make us struggle through the verbs and get our mouths round the accent. We were determined to get ourselves to Paris, eat existentialist croissants on the Left Bank and try to pick up tips from the effortlessly stylish French girls.

And it was all as good – and in many ways as different – as we thought it would be. To our surprise, we found it a more conformist country than Britain – there was always a right way to do things – but there was a lively openness in discussions. Indeed, it soon became clear that the worst fault one could have was not to have an opinion on something! We will also have left traces of our own way of life after our student years abroad – maybe our greater sense of individual leeway and our ability to laugh at ourselves.

The creation of this kind of mutual understanding and rapport with people of a different culture is a huge life experience and it’s the ability to speak the language that enables it. To lose this capacity for a country with which we share so much history would be tragic.

Unfortunately, that seems to be the path we’re on. We have a seemingly unstoppable decline in the uptake of qualifications in French (and indeed German) at school, the ending of the Erasmus scheme in the UK, and an anti-EU government. It’s hard to disagree with Mme Bermann: it’s going to be an uphill struggle to keep the entente cordiale alive, even at the people-to-people level.

However, with so much to admire in each other and so much to gain from pooling our different strengths, it will be in all of our interests if Lord Ricketts’s optimism is well founded.

This forum understandably focused on the challenges of our new relationship with France – or lack thereof. It is to be hoped that future sessions will help to remind us why it’s worth preserving.