The folding bicycle maker Brompton now appears to be one of the companies potentially at serious risk from Brexit. 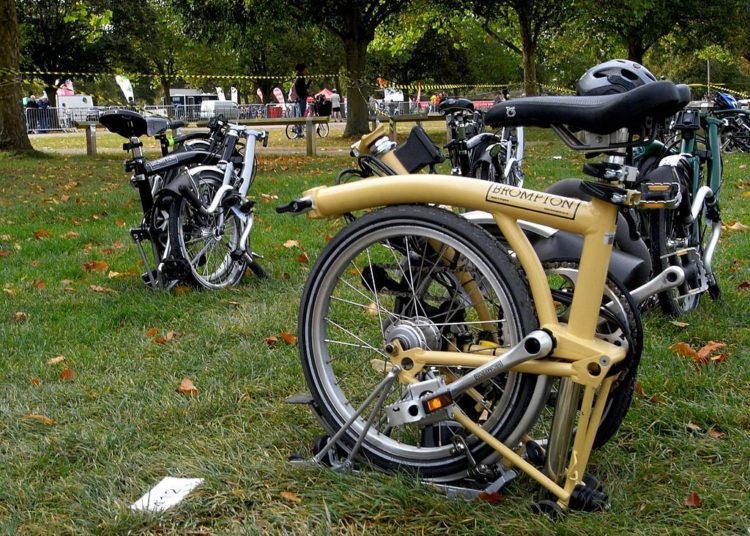 Brexit is going to impact UK industry in ways never foreseen when the referendum took place and in sectors thought to be entirely immune. The folding bicycle maker Brompton now appears to be one of the companies potentially at serious risk.

Although not an ardent Brexit supporter, three years ago, managing director Will Butler-Adams bemoaned the “momentum of fear” surrounding Brexit and told The Daily Mail that firms would be able to cope if Britain left the European Union without a trade deal. In a sign of how senior figures in industry have failed to understand the ramifications of leaving the single market, Butler-Adams said:

“The debate about Brexit is massively over-rated, and half of the problem is we’re spending so much time debating it that we’re creating a momentum of fear.

“I don’t see Brexit as a massive disaster. Personally, I’m rather sad we’re leaving but, crucially, we will get on”.

But now, the Department for International Trade (DIT) has announced that from January it intends to drop the trade defence countermeasures that the EU has in place against China and other countries, which apply tariffs of up to 48.5 percent on bicycles that Brussels deems to be being sold at below cost – or dumped.

The DIT says that after January it will only maintain EU anti-dumping rules if domestic producers make up more than 1 percent of the local market for a good. It claims that British-made bikes don’t meet this criterion. Remember this is eight weeks before the transition period ends.

“We’ve got coronavirus, we’ve got Brexit, we need as a nation to be supporting industries that have potential to grow. There’s this fantastic opportunity in cycling. You would have thought the government would support it and nurture that industry”.

“Without a level playing field, Chinese exporting producers would flood the EU market with dumped bicycles and rapidly drive the EU industry out of the market, which already happened in the USA and Japan.”

Instead of supporting and nurturing the domestic bicycle industry, the UK government seems set on wiping it out.

It is not only Chinese bicycle imports the UK industry needs to worry about. The EU also extended the measures to Indonesia, Malaysia, Sri Lanka, Tunisia, Cambodia, Pakistan and the Philippines, whether declared as originating in Indonesia, Malaysia, Sri Lanka and Tunisia or not. These countries too will be able to import bikes into the UK tariff free from January, I assume.

Next year may be a difficult one for Mr Butler-Adams at Brompton, and plenty of other manufacturers in bicycles and other industries. Those who for years have complained that the EU is a “protectionist racket” may soon find out why.