Isabel Ralph explains the significance and danger of Facebook's Oversight Board, which upheld the company's decision to remove Trump. For those on the right, it's a violation of freedom of speech, and for those on the left, it's a step towards removing misinformation. How much power should the tech world have on politics though? 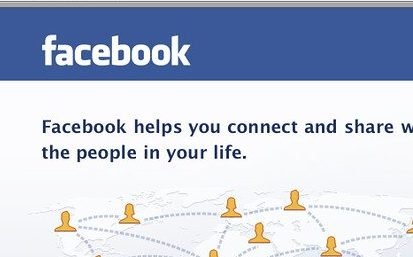 Last Wednesday, the Facebook oversight board (funded and appointed by Facebook) upheld the company’s decision to suspend Donald Trump’s social media accounts on its platforms. This might not sound like much to write home about. But the announcement reveals a lot about the world in which we live.

It exemplifies not only the grating friction that exists between politics and big tech, but also the troubling capacity of one of the world’s largest tech companies to claim impartiality in a system that is entirely of its own design.

In its ruling, Facebook’s new ‘Supreme Court’ concluded that Trump had “created an environment where a serious risk of violence was possible”, referring to the former president’s posts that led to the deadly insurrection at the US Capitol. This, combined with his audience of over 35 million highly impressionable followers, led the board to uphold Facebook’s initial ruling to suspend his accounts.

The exact impact of this remains somewhat uncertain. In its slightly ambiguous ruling, the board said that, whilst it agreed with Facebook’s initial decision to suspend Trump’s accounts, Facebook itself should still be the ones to decide whether or not the former President can return to the platform. Trump has already deemed the move a “total disgrace and an embarrassment to our country”.

A violation of freedom of speech?

At the time of Trump’s initial suspension, discussions were, unsurprisingly, marred in partisan divide. For the right, it was an unjustifiable violation of free speech. On the left, it was an altogether necessary course of action to quell a stream of posts made by the former president who not only incited violence, but shared misinformation, or, in Trump’s own words, ‘fake news’, that he was so vehemently against.

An analysis of Trump’s social media posts between 1 January 2020, and 6 January 2021, when the decision was made to remove him from the platform, found more than 1,400 separate instances of misinformation about Covid-19, election fraud, and violent rhetoric attacking his critics.

The board’s recent verdict has now reignited the conversation surrounding the interaction between social media, politics and partisanship. Trump’s former  chief of staff, Mark Meadows, has already labelled it the “latest page in the book of big tech coming after conservatives”, and critics on both sides have been calling into question the legitimacy of the board itself.

The credibility and legitimacy of the Facebook oversight board

The Facebook oversight board, which officially launched in October last year, is a panel of 20 former journalists, human rights activists and academics. The panel members are responsible for reviewing decisions that Facebook makes over its content – including those involving the removal of posts and suspension of accounts. The board has already made a handful of rulings since its inception, however, none have been as high profile or globally newsworthy, as this most recent judgment.

The concept of a ‘Supreme Court’ that regulates the difficult decisions that social media platforms are now so regularly faced with, seems a noble pursuit in theory. But when the body has been picked and paid for (with six figure salaries) by the very organisation it is meant to be regulating, its claim to ‘independence’ is not entirely convincing.

The board’s very existence is also reminiscent of the sort of virtue-signalling behaviours that have come to be so heavily associated with large corporations with a public reputation to uphold.

Regardless of one’s views on the suspension itself, it is quite apparent that Facebook’s initial decision, and its subsequent maintaining by the oversight board are, at their hearts, publicity stunts – guided more by concern for Facebook’s reputation than by any well-intentioned moral compass.

The court of public opinion forms its judgements immediately; it does not often pause to mull over the delicate nuances of a situation. It follows then, that tech companies, who rely so heavily on the good grace of this court, are propelled to act in a similar vein. In this world, evidence, due process and careful consideration of the pros and cons of a decision are considered secondary to remaining on the right side of the arbitrary line of moral purity that public opinion is currently fixed on.

Social media platforms have long fallen-back on the argument that they are simply platforms, not publishers, as a get-out-of-jail-free card in these kinds of situations. However, recent events like this one prove that this excuse is becoming increasingly unconvincing. The fact that companies are now essentially self-regulating on such important matters, should be significant cause for our concerns.

At the time of the initial ruling in January, Mark Zuckerberg quipped, “the reality is our country is deeply divided right now, and that isn’t something that tech companies alone can fix”. This might be true. However, it seems that they do have the capacity to make things better, or in many instances, worse.