Overseas voters already make a difference – we know we swung three House races in 2018, for example. 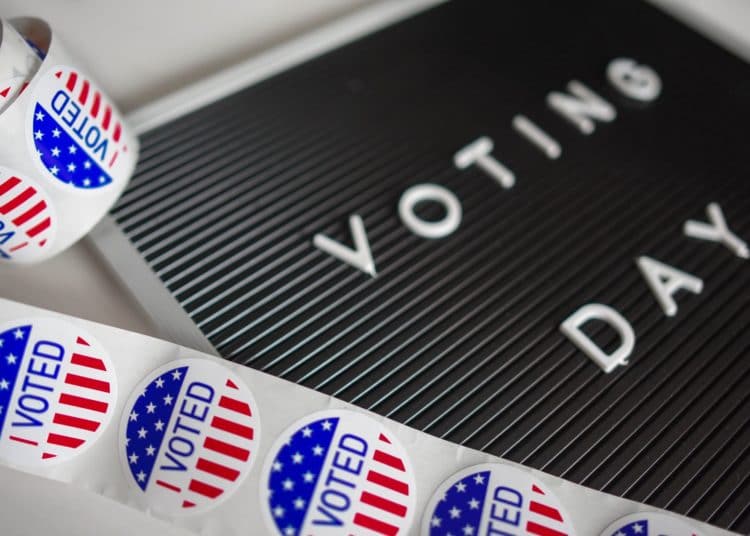 Photo by Element5 Digital on Pexels.com

Make sure they know about votefromabroad.org

As a US citizen who has lived in Sheffield since 1999, I would like to make sure my fellow Yorkshire Yanks know that we are all LEGALLY ENTITLED to vote in the November election – which is probably the most important US election in our lives – and that there’s a website that can help you do this. This website is particularly important if you’re not sure how to go about it.

Voting in the US when you don’t live there can be more difficult than you might think, as every state has different rules and regulations as to what’s required. My first US election while living in the UK was Bush vs Gore in 2000. I desperately wanted to cast my vote for Gore, but there were obstacles: my state (Michigan) – and many others – required my ballot be signed by a notary public in order to be valid. In the US, it’s fairly easy to get such a signature, as all banks have a notary public on staff, and if you have an account at that bank, they’re generally happy to witness and sign a document for you, free of charge.

When I looked into contacting a British notary public, I was shocked; there are not that many of them, and their services are not cheap. It would cost me roughly £120 (about $180 in 2000) to have a notary sign my ballot. My husband and I did not have much money to spare in those days (even now, it would give me pause), and I agonised over this for some time.

The other option was to go to my nearest US embassy/consulate and use the notary public there – only £35 – but of course getting there would increase the cost to about the same amount. (Just think what would be involved for someone living in a rural area in a third world country where cars are rare outside of the main cities. It might take many days’ journey just to get to a train station, if there is one.)

I had voted in every election since I was first allowed to vote, and thought Bush was very bad news, but £120 was a LOT of money to us.

I spoke to my father – who taught political science at a university in Michigan (his idea of fun is staying up on election night, and seeing how closely the results in each state match his predictions!). He told me that Michigan was going to go for Bush and it would not be close, and (much to my surprise) not to waste that amount of money. I took his advice, but even though he was right – my vote would have made no difference in Michigan’s outcome – I’ve always felt bad about not voting in that election.

In 2004, I was complaining to a friend about the high cost of voting from abroad; she was also from Michigan but living in Switzerland at the time. She was a member of Democrats Abroad, and suggested I get in touch with the UK branch about this, in the hope they might be able to advise me. I did, and learned that the British equivalent of a US notary public is actually a commissioner for oaths, and – fortunately – they are not nearly so expensive (less than £20). That was me sorted – thanks to Democrats Abroad UK! (I joined, and have not regretted it. There’s even a Yorks and Humber branch – email yorkshirehumber@democratsabroad.org.uk if you’re a US citizen and a Democrat in Yorkshire; at the moment, we’re doing our part to get out the Democratic vote and get Trump out of office.)

Happily, the requirements for US citizens voting from abroad are much simpler now. I no longer have to have anyone witness me signing my ballot, which makes things much easier! But it can still be confusing, what with each state having its own rules – and some Americans don’t even realise they are legally entitled to vote.

This is why VoteFromAbroad.org is so useful. It has all the information you need, and can answer questions like: How do I get my ballot? What do I do if it doesn’t arrive? Do I have to post my ballot or can I send it by email (or even fax)? And many more…

This election is so close, it won’t take much to have a real impact. Overseas voters already make a difference – we know we swung three House races in 2018, for example – but we can make an even bigger one in 2020, if we all vote! Even if you’re not a US citizen, you can make a difference: please help spread the message by reaching out to your US friends and making sure they have requested their ballots on https://www.votefromabroad.org/

Vikki is a transplanted Yank (from Detroit) who has lived in Sheffield since 1999. She is a graphic designer, loves folk music and organises singing sessions in Sheffield. She believes it's important to be politically active – especially in both of her 'home' countries, and especially now.