During 2020, Putin saw several challenges to his rule and influence, most of which have been contained, though not totally eliminated. Stephen Davis reviews the year's developments in post-Soviet space. "For Russia’s President Putin, 2020 has been beset with setbacks; but from his perspective, it has also seen some apparent victories". 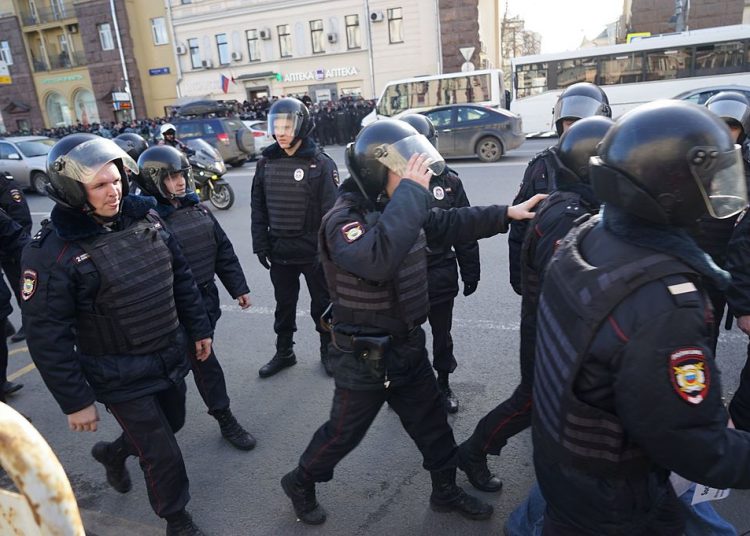 “Russia, where are you flying to? Answer! She gives none”. N V Gogol

As the annus horribilis 2020 gives way to a potentially more hopeful 2021, Russians and the other nations inhabiting post-Soviet space, like people the world over, are starting to wonder what the year ahead will bring.

For Russia’s President Putin, 2020 has been beset with setbacks; but from his perspective, it has also seen some apparent victories. Against a horrific background of escalating Covid-19 cases, now in excess of three million with a newly released official death-toll of around 186,000, Putin has successfully governed remotely, safe from the virus in his bio-secure office and largely able to steer events, both domestic and international, to his advantage.

The early production of the Sputnik V vaccine in August was a prestigious moment for Russian science. Now being rolled out in Hungary and Argentina, this will provide the Russian economy with a much-needed boost as well as a focus of national pride. Putin, 68, is shortly to receive the vaccine himself, now that it has been approved by the Russian Ministry of Health for use by elderly people, and this will allow him to travel again and reassume his hands-on approach to government.

During 2020, Putin saw several challenges to his rule and influence, most of which have been contained, though not totally eliminated. The street protests in the far-eastern city of Khabarovsk which erupted in early July following the arrest of the popular governor, Sergey Furgal, have largely petered out due to the extremely cold temperatures of -10C, the violent arrest of protesters by the authorities now that numbers have dwindled, and a sense that the rest of the country has lost interest. Only around 150 turned out on 5 December as compared with the thousands who took to the streets in the summer.

In neighbouring Belarus, the protests against the stolen election by the widely reviled President Aleksandr Lukashenko have also lost momentum, due to the imprisonment and forced exile of the opposition leaders. Despite a sustained campaign of weekend protests, strikes and appeals to foreign governments for moral support, those challenging Lukashenko’s re-election have failed to dislodge the country’s leader who has ruled since 1994. Neither the sanctions imposed by the EU against those who have ruthlessly intimidated, beaten, and murdered protesters, nor the awarding to the democratic opposition movement of prestigious prizes such as the European Parliament’s Sakharov Prize in October, have succeeded in toppling Europe’s last dictator.

But Belarus’s leader is firmly out of favour with Putin, the more powerful leader of the Union State. It is likely that sometime soon, Lukashenko may retire to be replaced by another Kremlin placeholder, but with a more genial profile. Lukashenko has himself hinted that he has been in post too long. After a decent interval allowing him to save face, he may well step down, provided there are sufficient guarantees he cannot be prosecuted for his repressive actions which have caused mental and physical suffering to thousands of his fellow-citizens.

Lukashenko has just issued a decree announcing that the 6th all-Belarusian national assembly will be held in early February. Some 2,700 people will discuss proposals for the country’s political, social and economic development for the next five years. It will be interesting to see whether opposition leaders such as Svetlana Tikhanovskaya, who claims to be Belarus’s rightful president, are allowed to participate in this and, if they do, whether they will be willing to compromise in their demands for democratic freedoms. Lukashenko may well be prepared to appear to grant modest concessions to the opposition, along with the release of political prisoners, and the restitution of employment and travel rights to those who have had them removed.

Putin’s attempts to influence politics in the former USSR republic of Moldova suffered a setback in November, when opposition candidate Maia Sandu won a decisive victory in the second round of the presidential election. Putin had openly backed the incumbent, Igor Dodon. Ms Sandu fought her campaign on a platform of closer ties with the EU and a fight against corruption.

Perhaps the Kremlin’s greatest political success in 2020 has been the brokered peace between Armenia and Azerbaijan over the disputed mountainous enclave of Nagorno-Karabakh, deep inside Azeri territory, though inhabited mainly by Armenians. A remorseless Azeri campaign liberated those parts of Azerbaijan between Armenia proper and Nagorno-Karabakh, which has in addition lost parts of its territory to the invading forces. Putin has effectively brought a temporary halt to hostilities by supplying 2,000 peacekeeping troops to the region, and as security for the land corridor linking it with Armenia proper through now hostile lands.

The peace has already been broken sporadically, and neither side is particularly happy with the outcome. The Armenian prime minister, Nikol Pashinyan, is being vilified by his people for ceding territory, while Azerbaijan’s population would like its president to carry on and finish the job of expelling Armenians from all disputed lands. Over 5,000 people have died in this round of the conflict, chiefly young men from both armies, and much damage has been inflicted on property and infrastructure. For the Kremlin, however, there are gains: Russia has established a sizeable contingent of troops in two more of the former Soviet republics and has made Armenia even more of a client state, while fending off a total victory by Azerbaijan and her backer, Turkey.

Putin was twice seriously embarrassed in December. The revelation that Russian hackers had spent months exploring numerous US government networks and private companies’ systems was eclipsed only by the release of Alexey Navalny’s 49-minute telephone ‘debriefing’ of Konstantin Kudryavtsev, one of the FSB officers involved in his poisoning with the nerve-agent novichok. Identified through investigations by CNN and Bellingcat, Kudryavtsev was duped into revealing details of the operation, which involved the application of the deadly substance to the inside of Navalny’s underpants while he was campaigning in the Siberian city of Tomsk. Yet, at a press conference, Putin brazenly maintained that he could still be described as “white and fluffy” when compared with the West, since Russia had believed that Nato would not expand to the East, but had done so.

It will be fascinating to watch how Russia reacts to the incoming Biden administration, particularly in the light of the ongoing pandemic. While Biden will doubtless be less tolerant of Russian malevolence, a breakdown in relations between Russia and the West must be avoided, since worldwide scientific cooperation is an absolute must, to defeat Covid-19 and its damaging effects on lives and the world economy.