Derek Chauvin has been found guilty of the murder of George Floyd; it's a step in the right direction but doesn't mean justice has been won. 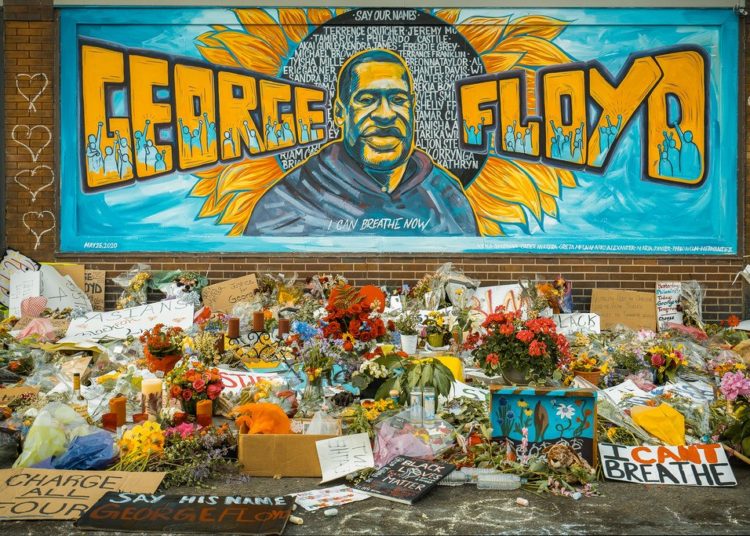 "George Floyd" by chaddavis.photography is licensed under CC BY-SA 2.0

America and the world held their breath as the jury decided the fate of Derek Chauvin. The fate of George Floyd though, was unchangeable. After the horrific video emerged and was replayed to the jury, it was difficult to imagine that they would deliver a verdict other than ‘guilty’. The evidence against the former police officer, was, in President Biden’s words, ‘overwhelming’.

Justice, to some extent, has been served; beyond reasonable doubt, the jury unanimously found Chauvin guilty of two counts of murder and one of manslaughter. But as Kamala Harris said, “a measure of justice isn’t the same as equal justice”. The fight for equality continues.

“Here’s the truth about racial injustice. It’s not just a Black America problem or a people of colour problem. It is a problem for every American. It is keeping us from fulfilling the promise of liberty and justice for all.”

What were the charges against Derek Chauvin?

The jury convicted Chauvin of three charges: firstly, second-degree murder, for using an unreasonable use of force but without the intention to kill; third-degree murder for a reckless regard for Floyd’s life; and manslaughter. Chauvin could receive up to 40 years in prison, which would make him 85 if and when he was released.

Evidence from the prosecution against Derek Chauvin

The prosecution case was strong and heavily evidence-based, namely with the infamous nine-minute video of Chauvin with his knee of George Floyd’s neck.

The jury heard from a number of witnesses to the murder, including from a nine-year-old child. One bystander voiced her concern at the time. She told the jury that she saw no sign of resistance from Floyd, and couldn’t understand why Chauvin needed to apply deadly pressure.

State police officers also took to the stand to voice their concern. One officer pointed out that Chauvin’s actions were not in accordance with police training on the use of force during an arrest, with the damning conclusion that that Chauvin’s behaviour was not only out of line with police policy, but against the “ethics and values” of the police department.

Despite evidence that Chauvin’s policing was not in line with regulations, the defence reiterated their case that he simply acted as any other officer would.

Chauvin’s team also attempted to rely on George Floyd’s pre-existing health problems as the cause of death. A former medical examiner took to the stand and said that Floyd’s heart condition was more critical than Chauvin kneeling on his neck. Evidently and unsurprisingly, the jury were not convinced.

Damningly, Derek Chauvin was not put forward as a witness. He invoked the Fifth Amendment, which meant he didn’t have to testify against himself. This led to the assumption that under cross-examination, the former police officer would buckle under pressure and be unable to explain the previous 22 public complaints that he had personally been centre of.

President Biden’s reaction to the verdict

President Biden took to the national airwaves minutes after the verdict was handed down to deliver an address to the nation.

He said that “it was a murder in the full light of day” – uncharacteristically demonstrating the president’s personal feelings regarding such a momentous case – and that “[the] verdict is a step forward”.

Biden also recognised that “such a verdict is also much too rare”, calling the jury’s unanimous guilty decision “just basic accountability”, and not justice.

Many other prominent people of colour, such as Alexandria Ocasio-Cortez and Minnesota’s attorney general Keith Ellison have also suggested that this verdict is not justice, and that full justice for communities of colour in the United States is still a very distant concept.

Biden called on government, at all levels, to do more to prevent such an atrocity from ever happening again. He said:

“You know, state and local government and law enforcement needs to step up, but so does the federal government … We also need Congress to act. George Floyd was murdered almost a year ago … There’s meaningful police reform legislation in his name.”

Biden ended his speech by calling on America not to “turn away”.

“We have a chance to begin to change the trajectory in this country. It’s my hope and prayer that we live up to the legacy.”

What more can be done for communities of colour in America?

So much has been spoken about police brutality in the United States; if only the volume of words spoken and written equalled the amount of action taken.

The Justice Department, led by former Supreme Court Justice nominee Merrick Garland, has already opened an inquiry into whether Minneapolis police are routinely taught to use the type of tactics deployed by Chauvin, a process which Katie Brenner at the New York Times suggested might mean “stricter federal oversight” for the city’s police forces.

When progressive activists talk of defunding the police, people often [wrongly] jump to the conclusion that this means solely restricting policing budgets, which might in turn mean reduced numbers of police officers and/or resources for them to do their jobs, and as such, a rise in crime.

Yet if you dig a little deeper, the message of defunding the police is actually very clear and very sensible. Because what it calls for is to ‘defund and invest’.

Defunding the police does mean restricting police budgets – though not to a level where the police cannot function, which would be counterintuitive. But it also means reinvesting that money into public services like healthcare centres for drug users, youth centres for young people who might turn to crime by mixing with the wrong crowd, or extra resources for people with mental or physical health conditions.

All of this can start with a show of bravery from a federal government that is so often keen to say the right things and less keen to do the right things. There is a bill in Congress that would make a meaningful start to tackling police brutality in the United States. This Congress can go down in history as the one that took the problem seriously, but only if it chooses to.