This PhD student was refused entry to Sweden due to the bureaucratic obstacles created by Brexit. Moving to an EU country as a third-country national is not a simple process, as UK citizens are now discovering. 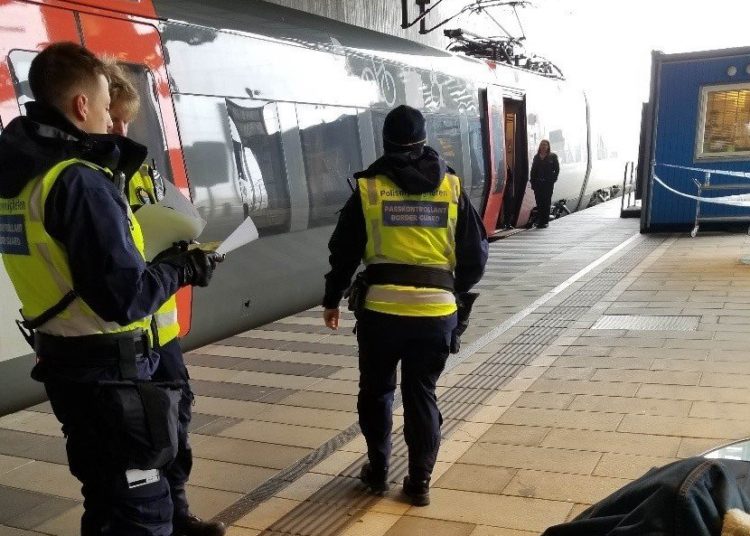 Editor’s note: this article has been updated by the author following the wave of support and advice he received from our readers. His update is at the bottom of this article. Article first published 18 March 2021.

When travelling to Sweden to begin my PhD studies in Stockholm I was denied entry and deported. I was told that this is because I am a non-EU citizen. This is another example of a failure of the government’s Brexit deal, which has stolen the rights of British citizens to live and work on our continent.

Deported from Sweden due to bureaucratic obstacles created by Brexit

In December 2020 I accepted an offer from Karolinska Institutet in Stockholm for my PhD studies in cancer genetics. At the time I lived in Copenhagen and moving to Denmark as an EU citizen was straightforward, since British citizens had the right to freedom of movement when I moved there for my master’s degree.

However, given that the Brexit transition period ended on 1 January 2021, British citizens entering Sweden – and other EU countries – are now treated as third-country nationals. This complicated matters, as I would now require a ‘residence permit for doctoral students’, which can be applied for on the Swedish Migration Agency’s website.

Applying for this permit set me back by 1,500 Swedish Krona (approximately £130). Together with the inconvenience of understanding the novel bureaucratic processes that I would have to navigate, this financial obstacle was the first adverse effect of the government’s Brexit deal that I would encounter when moving to Sweden.

I arranged a removal company to collect my belongings and to have them delivered the following week. Meanwhile, I would travel to Stockholm by train from Copenhagen central station.

The first stop in Sweden, after crossing over the Øresund bridge, is Hyllie station in Malmö. Here, the Swedish border police entered the train and I showed them my passport, followed by other documentation listed on the Swedish police’s website that is necessary for entry. This included my work and housing contracts, proof of residence permit application and a negative coronavirus test.

They told me that everything looked in order. Nevertheless, I was escorted off the train so that they could double check everything.

Problems at the Swedish border

I was surprised when an hour passed and I hadn’t been let through yet. The officer on my case updated me that he hadn’t received a response yet from his executive officer and that it wasn’t certain I would be allowed through.

At this point I began to worry, but I reassured myself that I would certainly be let in because I have a job and negative coronavirus test and met the requirements to Sweden’s coronavirus travel ban. In an attempt to strengthen my case, I showed the officer an email I received from the Swedish Migration Agency (Migrationsverket). It clearly states that you do not need to have received a residence permit to enter Sweden, and that you can live in Sweden while awaiting a response from an application.

I also showed him the travel rules that apply to UK citizens entering Sweden due to Brexit and the coronavirus pandemic from the police’s website. The rules state that if I can document that I have applied for a residence permit, then I have the right to stay in Sweden under the withdrawal Agreement.

As I had a printout of my application with me, I was satisfied that I would be allowed to continue my journey to Stockholm.

It took three hours for the border police to come to their decision that I was not allowed to enter Sweden. I was told that it was because I am not an EU citizen and I was provided with an official document stating that I was denied entry because I “do not have a valid visa or valid residence permit”.

Every third-country national’s entry is evaluated at Swedish borders based on the documentation presented, regardless of the purpose of visit. Shortly after I was escorted by police to the train and deported back to Denmark.

This left me in a chaotic situation. I was meant to meet my landlord to collect the key to my new apartment that evening. All my belongings were being shipped to Stockholm and I wouldn’t be there to receive them. I had no home in Copenhagen anymore as I had already moved out from my apartment, yet I was being sent back.

I didn’t know what I was going to do.

None of this would have happened had I been an EU citizen. Now, being assessed as a third-country national, meant I required extra documentation.

A previously easy process has been complicated with bureaucratic barriers and a price tag, put in place by our own government. Strangely, the Tories proudly celebrated the end to freedom of movement, ignoring the fact that freedom of movement has not come to an end. Millions of people across Europe retain that right. It is sadly only the British who have had this freedom removed.

Ultimately, I hope the UK will re-join the EU, but that will take time. Meanwhile, I wish for freedom of movement to be reinstated, so that we will once again enjoy the right to live, work and travel freely across Europe, without visas or permits. So that we can once again enjoy the opportunities that other European countries have to offer.

Update from the author:

The email screenshot included in this article is an example of poor communication and misinformation from the Swedish Migration Agency. The information I received is ‘correct’, but not for someone in my situation.

It is because of this context that I believed I could enter Sweden while waiting for a decision for my permit. Moving to an EU country as a third-country national is not a simple process and, for me, was further complicated by erroneous advice from the migration agency.

I am very thankful to readers who reached out to me immediately after the article was published and were able to guide me appropriately. Eleven days after this event, I was able to successfully travel into Sweden with my accepted residence permit.

Michael Hawgood is a PhD student at Karolinska Institutet in Stockholm, investigating cancer genetics with the aim of identifying novel drug targets. Previously, Michael studied his MSc in human biology at the University of Copenhagen and his BSc in genetics at the University of Leeds. He also enjoys swimming, cycling and running.