Dealing with a racist USA 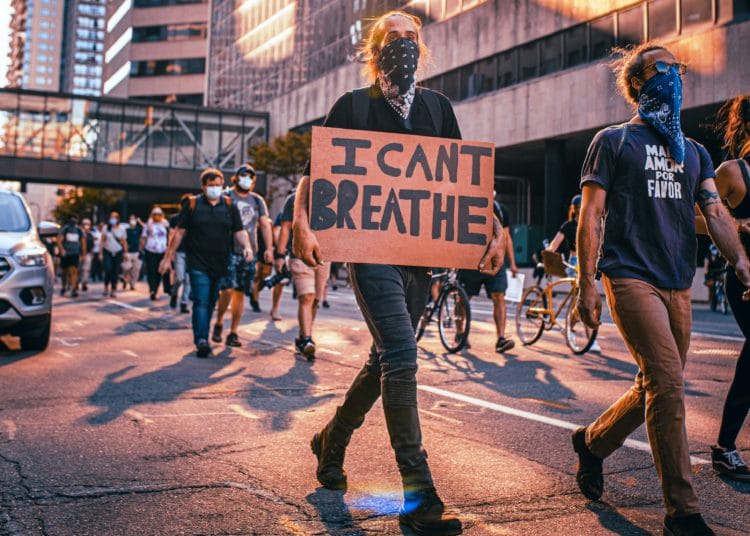 Photo by Josh Hild on Unsplash

One week after the death of George Floyd in Minneapolis at the hands of Minneapolis Police, America is again at war with itself, with many cities resembling scenes last seen in history books recounting the civil liberties struggles of 1968. We are the European half of the ‘special relationship’. It is incumbent on us to hold a mirror to American and demand it improves the lives of its own people.

Racism is the cancer eating at the body politic of America. In a Guardian-led study in 2015, the death figures for that year were truly shocking. Death at the hands of law enforcement officers totalled 1,134 for young black men. African-American males between the ages of 15 and 34 make up only 2 per cent of the total US population, but comprised more than 15 per cent of all deaths logged that year by the use of deadly force by police. The rate of police-involved deaths was five times higher than for white men of the same age.

“We have a tremendous problem”, said Dr Daniel Reidenberg, the managing director of the National Council of Suicide Prevention. “In a society where firearms are as prevalent as they are, and where people know law enforcement are trained to respond to a certain way, we have a problem.”

Added to this outright hostility from the very people who are meant to be protecting the African-American community, the early evidence of Covid-19 outcomes for that same community is a further source of anxiety. CNN reports that Covid-19 has “only magnified the systemic inequalities that persist in the United States. And non-white Americans, especially African Americans, have been hit hard on every front.”

Meanwhile, in the White House, the president of the United States (POTUS) responded by tweeting from what is increasingly looking like his Washington Bunker. Commenting on encroaching demonstrators outside on the streets of the capitol Donald Trump said:

“If they had [breached the fence of the White house], they would have been greeted with the most vicious dogs, and the most ominous weapons, I have ever seen. That’s when people would have been badly hurt”.

Like much of what Trump tweets it has to be interpreted carefully to get the full meaning of what he is saying. Muriel Bowser, the Democratic mayor of the District of Columbia 2007–2015, helped the rest of the world truly understand the nature of what the POTUS is saying:

“To make a reference to vicious dogs is no subtle reminder to African Americans of segregationists who let dogs out on women, children and innocent people in the south.”

These are truly worrying and troubling time in the USA. At a time that demands leadership of the highest calibre America is stranded with an old white male populist who cares nothing for the people of his great country.

There is rumour that Boris Johnson will meet Donald Trump at the G7 summit in the US later this month. The meeting is scheduled for 10 June at Camp David. There is some question about the size of the delegations allowed in these Covid-19 times. If the prime minister is to meet with POTUS without his aids being present, it will be interesting to see if he can master the facts in sufficient detail to gain anything useful that will move us forward.

If Prime Minister Johnson remembers little as he enters the room to greet POTUS, he should remember this: Trump has threatened his own people for demonstrating against racial, economic and political injustice. He must be prepared to tell him that this is unacceptable and will inflict lasting harm on all of us in the post Covid-19 world. We need a president that is the president of all Americans. We need an effective president for our sake as well as for the sake of America.

That is the challenge facing Boris Johnson in June. It’s a position that he has craved for years. He must step up to the mark and hold that mirror up to Donald Trump, look him in the eye and tell him that he must do better, especially if he wants Britain to open our markets to competition from American companies in a post-Brexit world.

We need a Premier League performance from two, at best, Championship players. They both need a personal best performance: Johnson to set the tone of future negotiations with the USA and Trump to have any chance of re-election in November. Both have to play out of their skins to convince the watching world that we can move forward from this.