UK foreign aid cuts will impact on the UN family planning agency, with devastating consequences and a potential cost of 250,000 lives. 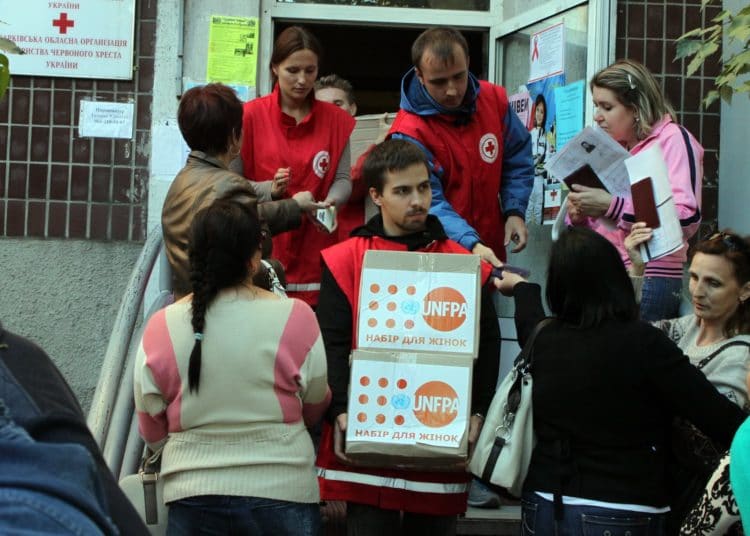 Image by Aino Tuominen from Pixabay

There has been much talk about the UK parliament voting to back Chancellor Sunak’s 0.2 percent cut the foreign aid budget, but not much about what that means in practice. At the beginning of April, the Foreign, Commonwealth and Development Office had already started deciding what and who would be getting less money.

One such programme meted out for a cut was the United Nations agency for reproductive health, better known as UNFPA. However, this was more of a cull than a cut and one that could cost thousands of lives according the UN agency.

UNFPA is the United Nations sexual and reproductive health agency. They give family planning and sexual health services in some of the poorest countries in the world. In countries where healthcare and family planning are next to non-existent, their services are said to save hundreds of thousands of lives a year.

On 28 April this year, the UK government contacted UNFPA to advise them that they would be cutting their pledged contribution to the agency by a whopping £130m, 85 percent. The cuts are in two parts. £12m is to be cut from UN agency’s core operating funds, with a further £118m from the UNFPA supplies fund, the flagship family planning programme.

The effects of this were immediately set out in a UN press release. While accepting that all governments are under fiscal pressure as a result of the pandemic, UNFPA said it:

“deeply regrets the decision of our longstanding partner and advocate step away from its commitments at a time when inequalities are deepening and international solidarity is needed more than ever.”

Cuts to international aid will have devastating consequences

However, it is the stark effect this cut will have that puts it into perspective. In their press release, UNFPA say that the UK government reneging on its previous commitment will stop them preventing:

While the overall cut in international aid is a clear breach of the Conservative’s 2019 manifesto pledge not to cut foreign aid, it is cuts like these that don’t tally with the government’s pledge to protect women and girls in developing countries from harm.

Speaking in the debate in parliament, former Prime Minister Theresa May told MPs she would be voting against the government. May went onto say:

“It’s about what cuts to funding mean, that fewer girls will be educated, more girls and boys will become slaves, more children will go hungry and more of the poorest people in the world will die.”

The chancellor, Rishi Sunak, told parliament he hopes foreign aid will return to 0.7 percent of UK gross domestic product (GDP) within five years’ time, but other politicians aren’t so sure because of the tests set to raise foreign aid back to pre-pandemic levels being so strict.

Labour leader Sir Keir Starmer said that the motion put forward by the government was “deliberately slippery” and that he believes that the new 0.5 percent level will carry on “indefinitely” because of the tests set by Treasury. Theresa May also said she did not believe they would be met within the next five years.

“This is a UN target to meet the needs of the poorest and most vulnerable people around the world, but this prolonged reduction in support means that millions will lose life-saving maternal health care, access to contraceptives and the resources needed to end female genital mutilation and child marriage.

“We hope that the UK will be able to return to the 0.7 percent commitment as soon as possible. And that in the meantime the UK ensures that the needs of women and girls are prioritised.”

While this reduction in funding to the UN family planning agency may seem big, it is actually a fraction of what Sunak wants to get rid of.

With just this cut said to risk around 250,000 lives, some may be left wondering how many lives will be lost as a result of the UK government scaling back on its commitments to the most vulnerable people on the planet.

Alex is an independent journalist and disability advocate from Scotland. He runs a small news outlet himself covering UK politics and social issues. Alex appears in print and TV covering national stories. He previously lived in North Yorkshire and retains a strong connection with the area via his family whom he visits often.