A covid passport is not the only or even the most important answer to getting back to some form of normality. 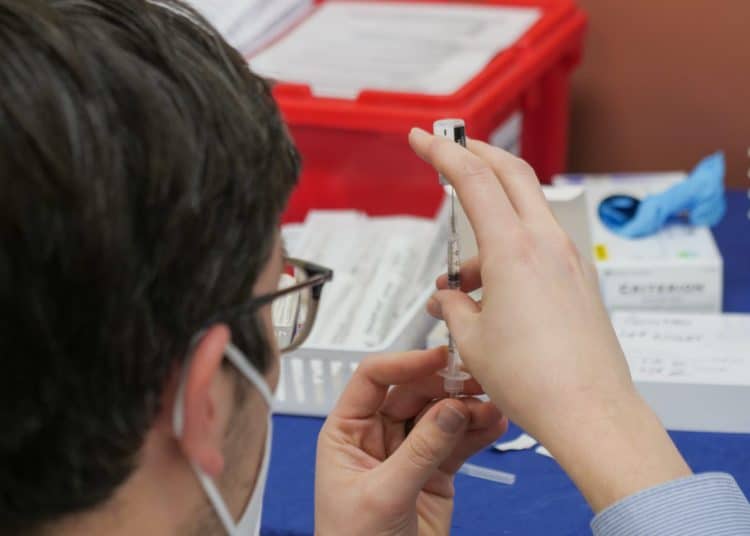 Photo by Steven Cornfield on Unsplash

Is it fair to keep people who’ve had the covid jab in lockdown? After all, many have been isolating since last spring. Maybe a vaccination certificate, to licence them to go out, would be a good idea. That’s something that governments around the world have been discussing recently.

The problem is, although people who’ve had their two jabs are less likely to catch it, we don’t yet know whether they’ll still be able to transmit it to others. And it’s the so-called ‘British variant’ of covid that is exercising governments around the world, along with strains from Brazil and South Africa.

Some airlines got excited about the idea of health passports last December. The International Air Transport Association says it is developing its own app that will be ready soon. Digital corporations are also doing so in the USA. American Airlines now requires a biometric health passport for everyone over two years old going to the US.

Health smartphone apps already exist. Last March, AOK Pass was developed by the International Chamber of Commerce, in conjunction with several companies. It has been discussed with 170 airports and may be rolled out in several by Easter, including Paris Roissy-Charles de Gaulle. It is being considered too by airlines connecting with Singapore and Tokyo, and on a Rome-Atlanta route according to reports in the French press.

In the past, having proof of being vaccinated against small pox was common. There is already a black market in yellow fever certificates – false documents and genuine documents with faked results. A digital one may be more convenient but would still be hackable. However, AOK suggests that labs create a specific digital signature for each unique test. The result would be kept on a smart phone (if you have one) in the form of a QR code.

The health passport is an idea liked by some governments wary of making covid vaccination obligatory. Leaders in Romania and Canada see them as divisive and potentially unethical. Canadian researchers have also suggested that resistance to reinfection from covid by people who’ve had it may be longer than initially thought. So Canada isn’t joining the rush to get a digi-health passport just yet.

There is also some distrust in the US, where some see the health passport as a backdoor to a digital nationwide ID card. But American airline passengers from Jamaica and some South American countries already use it.

The Indian government also says it hopes to generate unique health passport numbers, although this remains controversial owing to concerns over whether or not it could be easily faked or stolen. Pakistan faces historical distrust of vaccination

Denmark intends to develop a digital ID-based one. The EU is discussing them too, as the British variant is spreading rapidly. Although governments can re-introduce temporary border restrictions as part of lockdown measures, the EU wants to avoid that if possible.

At last night’s video summit, the EU Commission president said the EU is one epidemiological zone and wants to avoid closing internal borders again. At best, the EU sees the health passport as a health record, not as a reliable proof of vaccination. Negative tests and quarantine are required.

The French are not that keen on either vaccination or health passports. But the EU’s target is to inoculate 70 percent of its 450 million citizens by the end of August. It has recorded nearly 300,000 excess deaths between March and October 2020 than in the corresponding period over the past three years.

Some governments oppose obligatory vaccination and covid passports as they see this as likely to boost anti-vaxxer propaganda and movements. The EU is divided over the issue: Portugal, Slovenia, Greece and Poland back them. Others want vaccination speeded up and more economic recovery funds for areas hit by a fall in tourism.

The piecemeal introduction of covid passports by individual countries could be a problem. Not so long ago, some EU countries did not recognise each other’s tests, so a common standard will be vital.

Either way, a covid passport is not the only or even the most important answer to getting back to some form of normality. And as long as the UK’s covid rates remain the worst in the world, we are likely to be blacklisted. Restrictions against travellers from areas where high infection and death rates continue will not be lifted anytime soon.

The summit may return to health certificates in an attempt to ensure that if they do come in, they are universally recognised as valid. That will be hard, as states still disagree over recognising pre-departure tests. The faster antigen tests are cheaper and less invasive, but are less reliable than PCR nasal swabs.

An overriding goal for the EU is to keep borders open, even with added restrictions and differing curfews (in France it is 6pm–6am, in the Netherlands 9.30pm–4.30am for example). The question is, can member states harmonise rules on negative Covid-19 tests and common quarantine standards?

And more significantly, will the UK be stuck on a travel blacklist, a plague island destination to avoid?