The pandemic and poverty - although there are some exceptions, the poorest countries of the world are most affected by coronavirus 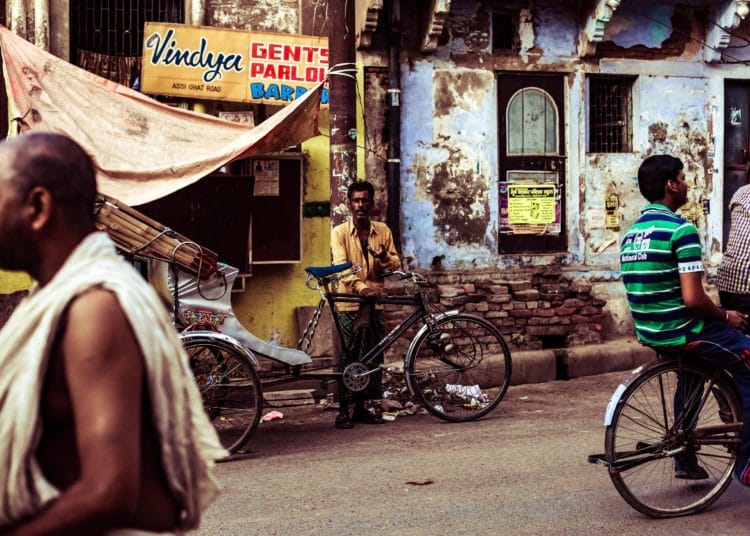 Photo by Charl Folscher on Unsplash

As the coronavirus disaster in India unfolds, it’s clear that the number of cases is rising exponentially and health services are unable to cope. Reasons for the rise include ignoring warnings from doctors and scientists, more aggressive coronavirus strains circulating in the country, poor leadership – and poverty.

Health services in India lack the infrastructure or capacity to respond to the escalating crisis or vaccinate its citizens quickly enough.

Although there are some exceptions, the poorest countries of the world are most affected by coronavirus as it thrives in overcrowded conditions and resistance to disease is low. Like TB and HIV/AIDS, covid is increasingly becoming a disease of the poor and the greed of the rich impacts significantly on the poor’s capacity to protect themselves.

Poverty and greed: the vaccination response

When the pandemic first emerged, the World Health Organization (WHO) agreed a global response to ensure vaccinations would be available to all countries irrespective of wealth. The Covax scheme spread investment across a number of countries and suppliers for worldwide universal and equitable roll out.

Although wealthier nations contributed to the scheme and its success in vaccine development, they have also undermined the roll out by:

“A handful of rich countries gobbling up the anticipated supply as manufacturers sell to the highest bidder, while the rest of the world scrambles for the scraps. Some countries have placed orders for enough doses to vaccinate their entire population several times over, promising to share only after they have used everything they need, perpetuating the pattern of patronage that keeps the world’s have-nots exactly where they are.”

He estimates that just 0.3 percent of vaccines have gone to the poorest countries, in comparison to 81 percent going directly to high/middle income countries, of which the UK is one.

Gordon Brown has argued that the G7 should commit to £22bn a year to prevent vaccine apartheid, but if rich countries deprive the rest of the world of supplies needed to protect the most vulnerable, structural change is needed as well.

On every measure – infection rates, hospitalisations and deaths – those most likely to be adversely affected by coronavirus are the poorest. They are mostly likely to be working in customer contact roles such as in hospitals and shops, or as delivery drivers or in conditions in which coronavirus thrives such as:

Many of those who have died had pre-existing poverty related medical conditions such as diabetes, heart or lung disease.

Not only is coronavirus a disease of the poor, it also makes the poor, poorer. According to estimates by the World Bank in 2020, coronavirus will push 177 million into poverty and 71 million into extreme poverty, the first global increase since 1998. The already poor countries in South Asia and Sub-Sahara Africa will be affected the most.

A study by Davide Furceri et al in 2020 examined the impact of previous pandemics on countries’ wealth worldwide. The team found that, following pandemics the richest countries increased their income over the next five years while it decreased for the poorest. Rich countries were able to exploit the opportunities provided by a pandemic while the poorest struggled to manage the devastation of the disease and lacked capital resources to innovate.

Vaccines also play a part. Without them the disease may linger and re-circulate and so economic recovery may take longer.

Pandemic and poverty in the UK

On 21 April, the Resolution Foundation published a report on the impact of coronavirus on incomes of families in France, Germany and the UK. The report showed that as employment dropped during the pandemic, the impact was felt differently according to the levels of prior inequality and state welfare support.

In all three countries the poor became poorer but the impact was greater in the UK due to higher levels of prior inequality and poverty. In France those who lost some or all of their work had savings to draw on while in the UK, hunger and debt was the outcome. While debt has reduced for much of the population over the past year, it has increased for the poorest. As we come out of the pandemic, inequality is set to entrench and grow.

Child poverty in the UK has been increasing (overall) since 1981. In the UK, 15 percent of children live in poverty, compared to 8 percent in Denmark, Child poverty began to reduce in the late 1990s but government policies since 2011 have led to a distinct upward trajectory.

Health inequalities in the UK

Health inequality has also increased. In particular, progress in improving women’s health and life expectancy in the UK has reversed, especially in the most deprived areas of the North of England. Not only are the poorest most likely to suffer from ill-health, but when they become ill, they are likely to have less accessible and poorer health care services.

Research by Michael Marmot in 2020 on behalf of the Health Foundation found strong links between the rate of covid deaths and poverty and overcrowding, and overcrowding and ethnicity. Household overcrowding was a major factor with 2 percent of white British households living in overcrowded conditions compared to Bangladeshi (24 percent), Pakistani (18 percent) and Black African (19 percent) and this explains local variations in covid infections and deaths.

The research concluded that rather than focussing on the behaviour and conditions of those in or at risk of poor health, tackling the social conditions in which it emerges and thrives would be more effective. Marmot said that government attention should “move towards the social determinants and away from the overwhelming focus on individual behaviours”. The WHO also concludes that on a global scale most diseases are caused by poverty.

While the rich nations use their power and financial muscle to get ahead of the pack as the economy opens up, inequality will grow and the poorest will suffer. Governments need to look beyond short-term self-interest and address the entrenched structural problems that have led to current health inequalities. Without taking steps to reduce inequality and poverty individual diseases may be eradicated but other poverty driven diseases will take their place.