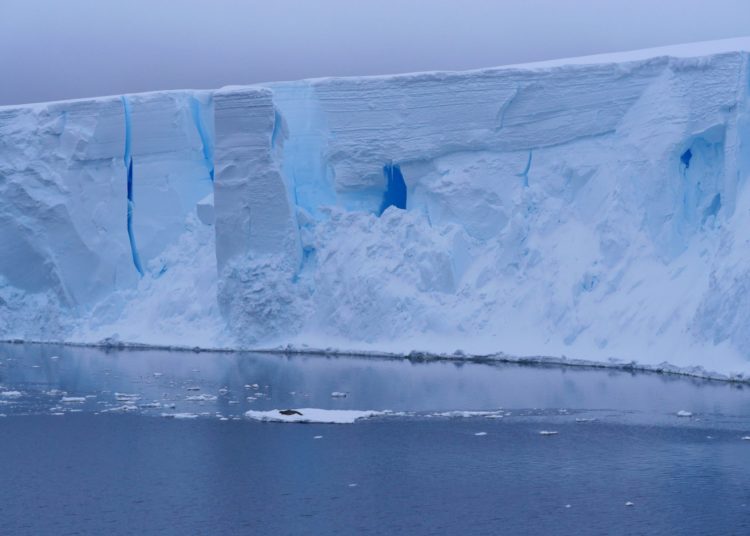 In 1949, Arthur C Clarke first published the short story The Forgotten Enemy – a tale set in an abandoned London with only one person left behind, while the others have migrated to avoid a climate disaster. As the story reaches its end, our hero finally sees the glacial ice that is relentlessly advancing and realises that nature is coming to reclaim the land.

Over 70 years later, climate migration is now recognised, and although an advancing ice age, as per Clarke’s story, is not threatening many, the diverse impacts of the climate crisis – such as heatwaves, drought, flooding, coastal erosion and rising sea levels – are forcing humans to migrate to safer areas.

Climate migration within the UK

The Welsh village of Fairbourne is likely to be the first in the UK to ask its residents to leave – by 2054 – owing to dangers of rising sea levels, with the need to relocate villagers being described as a “certainty”. Closer to home in East Yorkshire, the villages of Skipsea, Aldbrough and Ulrome already bear witness to coastal erosion, with many places such as Hornsea and Withernsea looking to protect and mitigate as best they can.

Issues of coastal erosion and rising sea levels are ones that we’ve been warned about. In 2018, the UK Climate Change Committee (CCC) reported that “Today, 520,000 properties in England, including 370,000 homes, are located in areas at risk of damage from coastal flooding”. The committee concluded that the current approach to protecting England’s coastal communities was simply “not fit for purpose”.

At the start of 2021, the London School of Economics stated that:

“Climate change is causing sea level rise, which is increasing the risk of flooding around the UK’s coastline. It is also increasing coastal erosion. Both of these hazards pose a risk to people and the environment.”

The Intergovernmental Panel on Climate Change (IPCC) has declared with “virtual certainty” that global sea level is rising and that they have a “high confidence” it’s accelerating. These scientific judgements are stark and are made with agreement with scientists from around the world.

Melting glaciers, ice sheets and thermal expansion of ocean water are the familiar drivers of global sea level rise. But sea level rise is not uniform globally, so some areas will be disproportionately affected. In fact, some places are already below sea level in terms of elevation, so these are the areas where we’re likely to witness the most devastation from even a small rise in sea levels.

We are all familiar with images of lone polar bears on ice floes, yet these powerful images has so far failed to galvanise action. Now, devastating scenes of glaciers calving have potentially replaced the polar bears in our collective psyche, but will these images likewise fail to ignite action?

Making the connection between distant events in the Arctic and Antarctic and local impact in Yorkshire can be difficult. But what happens at the poles doesn’t stay at the poles.

Scientists and environmentalists are closely monitoring the faster melting of the Greenland ice sheet, as well as the retreat of glaciers in Antarctica such as the Pine Island glacier Thwaites glacier (sometimes known as the ‘doomsday glacier’). With the potential to raise the global sea level by approximately 65cms by itself, Thwaites could set off a cascade event resulting in a global sea level rise of closer to two or three metres.

The impact of faraway climate events here in Yorkshire

We normally think of countries much farther away – like Bangladesh, where two thirds of the country is less than five metres above sea level – as the ones being threatened the most. But as we know, Hull is only less than four metres above sea level. And sea level elevation is not the only factor determining whether coastal towns and communities are safe. Storm surges and flooding, owing to heavier rainfall linked with climate change, all play their part.

The British Antarctic Survey has highlighted the economic impact of the estimated damage from coastal flooding at present:

“In the UK, current annual damages from coastal flooding are estimated at over £500 million per year, and costs of damage are likely to increase under projections of future sea level rise. As such, sea level rise presents one of the biggest adaptation challenges to climate change”.

Solutions and mitigation to rising sea levels in the UK

On 16 June, the CCC’s most recent report was published. This highlighted the government’s lack of action in relation to previous advice given. The risks from sea level rise and coastal erosion are both given an urgency score of “more action needed”.

On 24 June, the CCC will publish their progress report to parliament, assessing the UK’s emission reductions and progress in preparing for climate change. It is likely to match the bluntness of its previous reports.

As Chris Stark, the chief executive of the CCC, recently commented on social media:

With the IPCC latest report due to be published later this year, as well as the CCC report this week, sea level rise and coastal erosion are set to be prominent action points. It may be that a ‘managed retreat’ of communities and infrastructure may help slow the impact, but this is not a long-term solution. Reducing emissions, while preparing for more frequent flooding events, is essential both globally and locally.

We need brave leadership, at a local level, as well as a governmental level.

The glacial ice is coming after all, though not in the form imagined by Arthur C Clarke. It cannot be the forgotten enemy for much longer.