Civil society is waning, as is trust in democracy. The BBC, though, could be a model to rejuvenating civil society and the digital world. 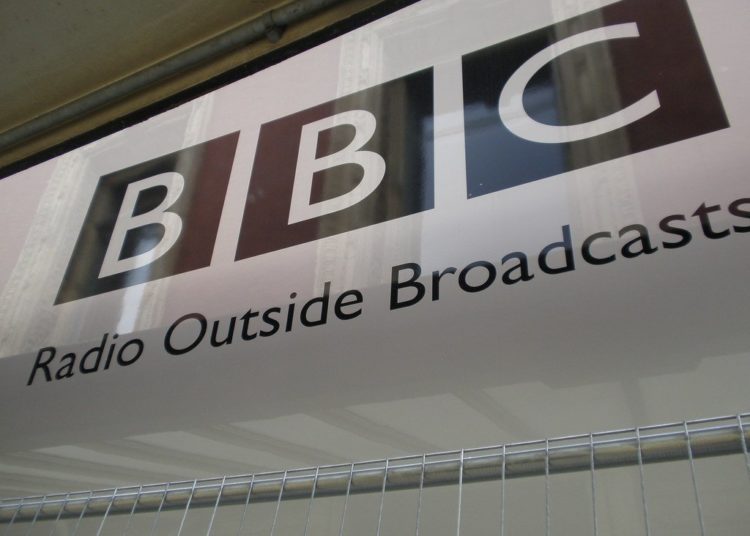 "BBC Radio Outside Broadcasts." by amandabhslater is licensed under CC BY-SA 2.0

The ailments affecting British democracy are now well known. Members of the government break UK and international law without consequence. Sleaze and corruption run rampant in the corridors of power and yet no one, not even our independent media, seems to care.

Within our country inequalities and child poverty grow. Nationalism is used to remove blame for falling living standards and collapsing trade. Lies and disinformation go unchallenged, even in parliament. And the government sets up ‘independent’ commissions to confirm and affirm positions it already holds, for example, that there is no institutional racism in the UK.

Collapse of civil society in the digital age

So how did we get here? One answer is the collapse of civil society in the digital age. In its place is an ‘uncivil society’: a community of social division, fake news, conspiracy theories, incitement to hate, and marginalisation. The internet, and social media in particular, have catalysed these trends in the UK, just as they have in Trump’s America.

What can be done? A recent paper by Anne Applebaum and Peter Pomerantsev, American and Soviet-born journalists respectively, offers a few answers. Their article, How to put out democracy’s dumpster fire’ considers how we might use digital technology to rejuvenate ‘civil society’ in liberal democratic systems.

The historic success of American democracy

To tell the story of civil society, Applebaum and Pomerantsev go back to the founding of the United States, to understand how America made a success of democracy, when others at the time, such as France, failed.

Based on the writings of Alexis de Tocqueville, a French diplomat, Applebaum and Pomerantsev suggest that the reason why American democracy worked, was not solely because of the US constitution and its checks and balances. It also rested on “state, local and even neighbourhood institutions”, which increased the feeling of security amongst its citizens.

Americans are good at democracy, Tocqueville believed, because they practiced democracy. They formed what he called ‘associations’, and that we now call ‘civil society’.

An example of these associations is the ‘township institutions’, which allowed people to experience freedom through making decisions and carrying out projects with their communities.

Civil society across the globe and its recent decay

In the nearly two centuries since Tocqueville’s writings, the concept of civil society has spread to all corners of the globe. It has become the linchpin of the expansion of democratic governance. Sadly, according to Applebaum and Pomerantsev, “many of [these] institutions and habits have [today] deteriorated or disappeared”.

For decades, there has been a process of civil society decay. As social interactions move online, clubs, committees, and community solidarity are disappearing. The rise of social media platforms has led to a situation in Britain and America where citizens are lonelier and no longer “have much experience at all of township democracy”.

Applebaum and Pomerantsev call this the “nightmarish inversion of the Tocquevillian dream”. Instead of participating in community-led organisations, “people join internet mobs”, where they like, share, and move on. In these digital spaces, it is rare for people to meet political opponents, and when they do, the meetings are unpleasant.

Trust in democracy is waning

Today, dialogue and debate are “ruled by algorithms that are designed to capture attention”. Aggressive, emotional, divisive voices often silence the “reasonable, rational, and nuanced voices”. This leads to a rapid spread of radicalisation. People feel powerless “because they are”.

This, in turn, undermines trust and faith in democratic institutions – and even in democracy itself. The result? An “enfeebled democracy”, as Tocqueville warned, where people turn inwards and exist for the sole purpose of “himself and for himself alone”. Everyone around them becomes strangers.

How to revitalise society and democracy: is the BBC the answer?

Despite huge challenges to civil society and thus democracy in the digital age, a number of elegant solutions which “lie in our grasp”. Applebaum and Pomerantsev argue that alternatives to the current status quo are possible – “because we used to have them”.

Before private commercial platforms took over, online public-interest projects briefly flourished. Wikipedia, for example, offers a glimpse of the internet that might have been. It is non-profit space where different people collaborate and follow a “common set of norms as to what constitutes evidence and truth”.

Does this model provide the answer?

There is still hope for civil society

Applebaum and Pomerantsev point out that the internet is “not the first promising technology to have quickly turned dystopian”.

In the early 20th century, radio was greeted with as much enthusiasm as the internet is in the early 21st. But as digital technology and social media have been radicalised, so too was radio. Some of the first to understand the power of radio were authoritarian leaders wishing to suppress human rights through hate, propaganda and social control.

In the Soviet Union, for example, public radio speakers blared Communist propaganda, while in Germany, the Nazis introduced the Volksempfänger, a cheap wireless radio, to broadcast Hitler’s speeches.

The rejuvenation of radio in democracies, and the creation of the BBC

Yet democrats, human rights activists, and social reformers did not give up on radio. Instead, they saw the potential benefits of radio broadcasting and how this new technology could be placed at the service of human rights.

One such reformer was John Reith in the UK, who began to look for an alternative future for radio, without control by the state or profit-seeking companies. Reith’s idea was public radio, funded by taxpayers but independent of the government. Not only would it “inform, educate and entertain” it would also improve democracy by bringing society together.

This vision of a radio broadcaster that could create a national conversation, eventually became the BBC, and Reith its first director-general.

The restoration of the internet and social media

Taking inspiration from people like Reith, others today have started to consider how the internet and social media can be used to benefit democracy and human rights. Among them is Ethan Zuckerman, director of the Institute for Digital Public Infrastructure at the University of Massachusetts.

Zuckerman believes that if part of the internet could become a place where “partisan groups argue about specific problems … with online forums”, instead of simply boasting their identities, people’s understanding of the digital world could be transformed. This could potentially convert angry participation into civic duty.

A version of this already exists with Front Porch Forum, a Vermont-based site. Roughly a quarter of the state’s residents use the forum for all sorts of community activity, from natural disaster response to job hunting, as well as civic discussion. One important element is that all users are real and have to sign up using Vermont addresses, reducing the chances of online avatars.

Such moderated public service social media can’t be created for free. It needs funding, just like the BBC. Zuckerman suggests raising money through a tax on online advertising. This money would create spaces for “people who want to try different ideas of what online communities look like”.

If governments are serious about placing digital technology at the service of civil society and of democracy, they should be open to new, radical ideas, similar to those that led to the creation of the BBC in the 20th century. Because making digital technology work for human rights, for civil society, and for democracy, requires states to radically alter the digital world.

Applebaum and Pomerantsev say that the solution is far greater than the removal of, say, a president’s Twitter account. Instead, governments will be required to think big and restructure online spaces so that “citizens, businesses and political actors have better incentives, more choices and more rights”.

Eli Pariser, a co-founder of Avaaz, and Talia Stroud, director of the Center for Media Engagement, argue that we should think of cyberspace as an urban environment. The internet has become a “city where everything is owned by a few giant corporations, consisting of nothing but malls and billboards”.

Polling conducted by Pariser and Stroud (covering 20 countries) suggests that people are eager for alternatives to Twitter, Facebook and Youtube, and – crucially – that they want to help invent or develop those alternatives.

People want to be involved in their democracy

People today want to be involved, want to exert their civil and political rights in a meaningful way, want to contribute to community and society, and want to feel a tangible sense of democratic participation and control. Applebaum and Pomerantsev propose the creation of “online democratic cities”, providing a “digital public space”.

Such states could set up a fund for ‘public service social media’ with money raised through taxes on digital giants. Drawing on Zuckerman’s idea, the money raised could be used to assist people in sharing their ideas in civil society groupings, without “digital manipulation or distortion”. This in turn would help to create a vibrant civil society.

The people who may want to use these civil society grouping could include political parties, human rights NGOs, religious groups, environmental groups, and educational institutions. Applebaum and Pomerantsev believe that even online courts could benefit from the groupings, where citizens could seek remedy for violations of their digital rights.

Innovation would likely be unleashed by the creation of such digital public spaces. Technology would be able to work for community and society, as new forms of online community would “favour evidence, calm and respect over disinformation, outrage and vitriol”.

The future of the digital world in democracy

The onset of the digital world has brought with it great challenges, but it also offers immense opportunities. Thus far, governments have tended to focus their attention on the negatives.

If we want to change that, if we want to place digital technology at the service of civil society and democracy, then we need to consider radical reform, such as the design and construction of publicly owned digital democratic cities.

“The internet was the future once, and it can be again, if we remember Reith and Roosevelt, Popper and Jacobs – if we apply the best of the past to the present” (Applebaum and Pomerantsev, 2021).