Can the EU stop democratic backsliding in Poland and Hungary? 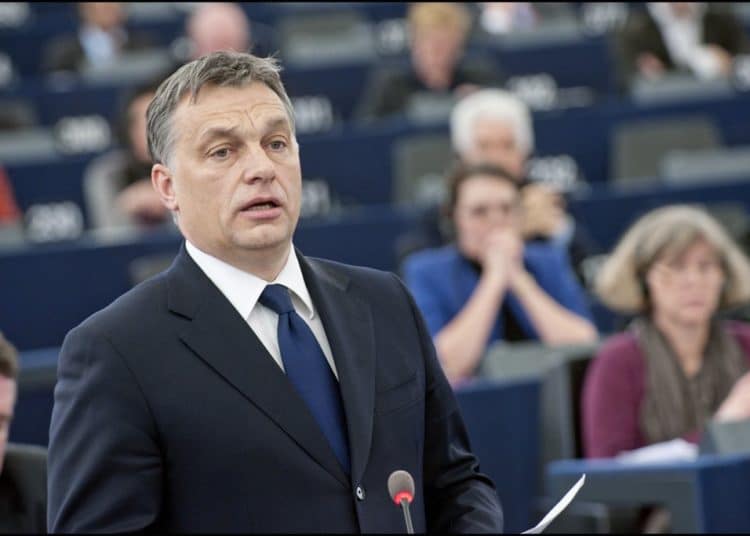 Top of the agenda for next week’s EU summit will be to resolve the dispute between Poland and Hungary and the rest of the EU, which could jeopardise the EU’s Covid Recovery Package and the overall EU budget for the next seven years, both of which Poland and Hungary threatened to veto.

The immediate concern is the advisability and even legality of the EU commission’s threat to withhold funds destined to Poland and Hungary as a sanction in retaliation for those countries’ growing illiberal policies on press and judicial freedom and on social rights. The Treaty on European Union invokes a “European identity”, which essentially enshrines western liberal values. But the practical question is – what is the penalty for defying these values? The commission says – no liberal values, no funds; in response, the Poles and Hungarians play the nationalist, populist card of national sovereignty.

Behind this present crisis is the longer-term disillusionment with the EU that exists in Polish and Hungarian politics; a disillusionment that is fuelling illiberal, populist politics.

It is with great irony that the two countries that were the first to receive considerable amounts of EU aid to reconstruct their economies after the collapse of the Soviet system – Poland and Hungary – are now the most troublesome members of the EU. This aid was even given an acronym to suggest the importance of this historic transformation “PHARE”– a clever use of the French “phare” meaning “lighthouse” (Poland-Hungary-Assistance for-Reconstruction-of-Economy).

“Help those countries achieve market economies based on free enterprise and private initiatives”.

The EU Commission, in its early exchanges with the European parliament and the recipient countries, was quite explicit in its intentions to use the funds to privatise the state sector. Poland and Hungary became happy hunting grounds for ‘consultancies’ producing ‘feasibility studies’ for the privatisation of national, regional and local assets. UK carpetbaggers had a head start with their practical experience from the privatisations of the Thatcherite era.

The European parliament had some limited scrutiny role in the PHARE programme. In the early 90s, I led a small delegation to look at the programmes, speaking to ministries in Warsaw and Budapest and visiting projects.

Hungary provided a telling episode. In Budapest we met the minister in charge of privatisation, just a few weeks into his office. The government had wanted to stimulate the national economy by returning land, property and concerns to previous owners. His civil servants arranged meetings with applicants and the first through the door was a Viennese lawyer representing the Habsburg family, who wanted their property back. The minister had intended the offer of former nationalised land and property to benefit smallholders, but he was surprised when the heir to the former Austro-Hungarian Empire wanted his land back, too.

This and many such meetings over the following years confirmed the suspicion that PHARE was less to help build national capital, but more to open the recipients’ economy to foreign (EU) investment and control.

The delivery of these programmes provided not only an opportunity for western concerns, but also a neat side step for the redundant ‘apparatchiks’ of the old Soviet system, who knew how to run things. These former Communist Party members quickly became entrepreneurs and Social Democratic politicians. Thirty years later, the resultant resentment is still palpable and is a card the populist, nationalist ruling party (PiS) in Poland play with success.

For the new political elites in Poland and Hungary, joining the EU was a readymade plan for the future. If the economic reforms, often painful in terms of loss of social services and redundancies, were to be tolerated, it was because they seemed to be for the greater goal of paving the way to entering the EU’s market of greater opportunity.

Accession to the EU involves adopting the EU’s legislation (so-called ‘acquis communitaire’) into domestic law. Thus, for both Poland and Hungary, joining the EU provided a road map for reform. A senior civil servant near the Polish/Ukrainian border cast a dubious eye on the notion of rescue by the EU, saying Warsaw had always seemed remote, but Brussels was even further away. More aggressively, a former Solidarnosc (see footnote) activist once warned me prophetically, “we didn’t get rid of Moscow in order to take orders from Brussels”.

Both Poland and Hungary have attracted investment. Jaguar has moved some production to Hungary. The sugar factory in my wife’s Polish home town has been taken over by a German concern, with the result that hundreds of jobs were lost. But much of Poland’s success is based on its coal exports, which are now threatened by the EU’s anti-pollution measures.

Throughout Eastern Europe, the ambitious and talented people leave for the West, and those who remain often work for western concerns.

Poland and Hungary have only been sovereign nation states since 1918, and from then until 1989 have been under domestic, Nazi or Soviet dictatorship. Authoritarianism has been the rule rather than democracy. Post 1989, many hoped there would be change for the better, via membership of the EU. But the beam from that lighthouse (Phare) has faded; bitter memories of authoritarian socialism of the Soviet era are still a hindrance to the political left gaining traction, and so by process of elimination, nationalism has become more and more appealing.

The EU’s new Rule of Law Mechanism (2014) opened the door for sanctions against states considered to be acting against the canons of European identity. The governments of Poland and Hungary have formed an ‘illiberal’ alliance, but they need the EU funds; and the EU has little need for a continuing bruising confrontation. Another last second compromise is brewing.

Footnote: “Solidarnosc” was the Free Polish trades union started in 1980, whose success is widely seen as the beginning of the end of the Soviet system.

Michael was a Labour MEP for East Lancashire. He was vice-president of the European parliament’s trade committee and subsequently trade policy adviser to the European economic and social committee (EESC). He is now a freelance writer and lecturer on international politics.