“Build back better” is a phrase, and a hashtag, that’s being increasingly used in reference to an approach to societies learning to live with the threat of coronavirus for the foreseeable future. 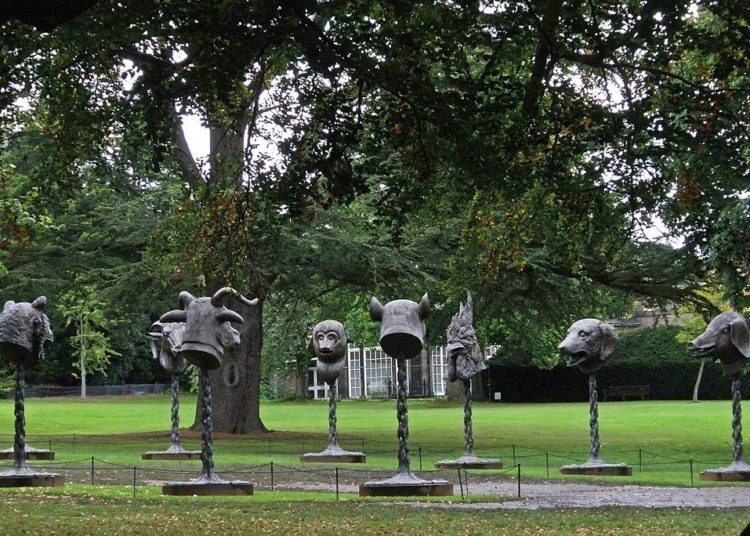 “Build back better” is a phrase, and a hashtag, that’s being increasingly used in reference to an approach to societies learning to live with the threat of coronavirus for the foreseeable future. It’s a phrase that acknowledges that going back to the old ‘normal’ is not just impossible, but actively undesirable.

Our societies were racked by poverty and inequality; we’re speeding towards irrevocable climate tipping points while trashing the natural world, filled with stress and insecurity. That was nothing to aim for, and it left us hugely vulnerable to the small ball of protein and fat, not even properly alive, that has turned our world upside down.

But mostly, this phrase is being used about the daily practicalities of life. Can we keep the clean air with our future transport systems? Is it necessary to commute two hours each way in misery to an office every day? How can we improve our diets and address the dominance of the supermarkets while protecting food security?

Yesterday however, in the House of Lords, I was applying it to the world of cultural activities, to the creative life of our societies.

For BC (before covid), that too was in a parlous state. Museums, galleries and historic sites were closing or were cutting their hours as they struggled to survive, while creative education in schools – drama, music and the arts – was in a state of collapse. Artists’ incomes were low, with the sector dominated by people from wealthy backgrounds who could take the risk, as those without family support could not.

This is a long-term trend. Here in Yorkshire, as in much of the country, there was a high point around the millennium. A lot of money went into institutions and buildings, although scant attention was paid to sustainable funding and community involvement, and far too much focus was given to the ‘great and the profitable’.

In Sheffield, the National Centre for Popular Music barely lasted a year. In Bradford, what was the National Media Museum has struggled through various incarnations. At a more grassroots level, arts activities in rural areas and smaller communities have almost collapsed under the weight of austerity and the focus of money on London.

Of course wonderful things have continued to happen, from Rural Arts in Thirsk  to Cast in Doncaster – but these are usually on a shoestring budget, dependent on individual enthusiasm and community determination, rather than having the solid resources for long-term security. And some places really did break through, such as the Yorkshire Sculpture Park and Hull City of Culture, but they are the exceptions rather than the rule.

In the cultural world, we don’t want to go backward, we need to move forward to something far better – to build back better using the buzz phrase. Art can transform our communities, as Marine Tanguy describes brilliantly here in her TEDx talk about art in cities. But we should want to see this everywhere in the land.

So yesterday, talking in the Lords, in a one-minute slot (yes, this is UK ‘democracy’ in action), I tried to explore two ideas.

First, that the government in far-off Westminster should give dedicated money, around the country, to schools to fund programmes in galleries, museums and historic homes.

That gets multiple bang for the buck.

It helps schools with social distancing (pupils off the premises means more space for those who remain). And it provides a broader, healthier education, very likely to help with mental health and wellbeing as young people, like the rest of us, come to terms with the changed world and its stresses. It even, to put a Tory slant on things, helps the future of the creative industries whose financial success they are so keen to celebrate.

And it helps the institutions keep going.

My second idea was for a programme to fund public art, which could be linked to museums, galleries and historic sites, building on the ideas of Marine Tanguy. It comes to from multiple visits to continental Europe. In cities in Holland and Belgium, in Scandinavia, and Germany, there is much more art, in many more places, than in the UK. Little suburban rows of shops, squares in tiny villages, even industrial estates, have publicly funded art, and art that shows real signs of community engagement and interest. It seldom, if ever, seems to be vandalised, because it genuinely belongs the communities where it sits.

In the post-Covid era, it also draws on the fact that so many artists and creative people – self-employed, working with small theatre companies, in their own businesses – are facing financial ruin. They need employment, they need payment for their creativity.

And our communities need a boost – an enriching of their public life that could help them get through the crisis. It could also help our already beleaguered high streets and be a draw to get people back to them, mixing – if just in a socially distanced manner, to bring back life.

Open-air theatre could restart before anyone thinks about going back indoors. New murals and sculptures, made with the pooled thoughts and efforts of communities guided by artists, So how about dedicated, ringfenced money going to local government to spread down into communities – to employ artists and other creative people to work to beautify, enrich and grow their public spaces – and make them, and us, genuinely healthier.