Coinciding with the EU’s partial revocation of Cambodia’s access to the ‘Everything But Arms’ (EBA) preferential trading scheme, Brexit threatens to provide a loophole in European sanctions. 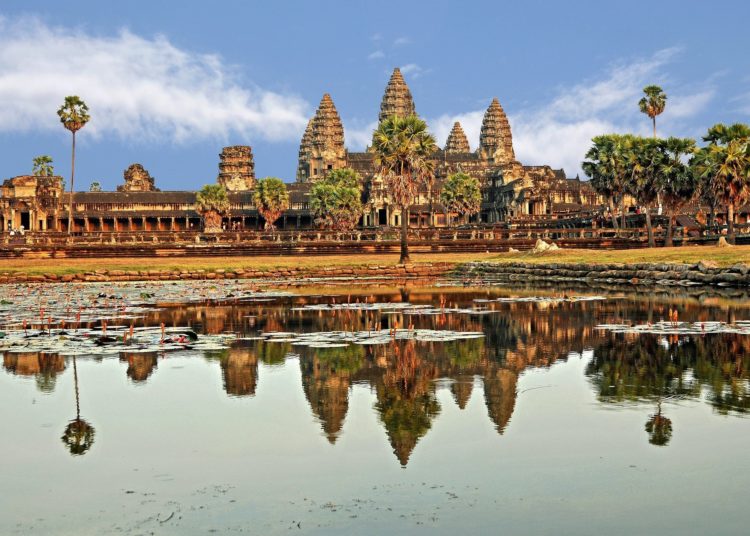 Coinciding with the EU’s partial revocation of Cambodia’s access to the ‘Everything But Arms’ (EBA) preferential trading scheme, Brexit threatens to provide a loophole in European sanctions.

While the world has watched as the UK engaged in a historic act of economic self-harm in the form of Brexit, Cambodian officials have seen the unfolding British crisis as a potential lifesaver. It has been raised, time and time again, that authoritarian nations would be thrilled by the prospect of Brexit, but Cambodia’s reasons for smelling opportunity in the wake of the June 2016 referendum are unique.

Cambodia, once a proud victory for the UN in the field of democratisation, has descended into well-documented dictatorship but has garnered little in the way of international intervention until recently. In October 2018, unimpressed by the November 2017 dissolution of the Cambodia National Rescue Party (CNRP) – widely regarded as the sole viable opposition party – and the arrest of CNRP leader Kem Sokha, the EU launched a formal reassessment of its trade relations with Cambodia.

Since 2001, access to the EU’s Everything but Arms (EBA) preferential trade scheme has seen Cambodia’s economy open up, driven notably by garments and textiles exports. The same year Cambodia was granted EBA status, which allows for duty and quota-free exports to the world’s largest trade bloc, garment manufacturing expanded by 25 percent in Cambodia, while footwear manufacturing grew 18 percent, according to the International Labor Organization.

With more than 7,000 products listed under Cambodia’s EBA agreement, exports to the EU rapidly became an engine of economic growth. Data from the Observatory of Economic Complexity shows that in 2018, the US remained the dominant single country destination, with some 19.3 percent of Cambodia’s total exports bound for the US market, but European destinations combined were worth more. Cambodian exports of garments and footwear to the EU were valued at $5.1bn in 2018, making up over 86 percent of the $6.2bn total generated by the garment sector.

Human rights sacrificed on the altar of economic growth

While the EU’s benevolent trade policies helped to stimulate much-needed economic growth in Cambodia, the country’s leadership grew steadily more authoritarian. Civil liberties, democratic values and free speech were all on the decline.

The Cambodia Daily, one of the few independent English-language newspapers, was hit with a politically motivated tax bill in September 2017. The Phnom Penh Post – the Daily’s rival – suffered a similar fate, but was sold to a Malaysian executive with connections to the government and now operates as a pro-Cambodian People’s Party (CPP) outlet. Radio Free Asia and Voice of America both faced harassment as the government’s assault on free speech continued unabated.

The same year, the CNRP was dissolved by the Supreme Court, its leaders arrested or forced to flee into exile and, in the 2018 national elections, Prime Minister Hun Sen, who has been in power since 1985, boasted of how his CPP had won all 125 seats in the National Assembly.

The years that followed saw no improvement, with more dissidents arrested and renewed crackdowns on the political freedoms of Cambodians. Hun Sen began weaponising the very democratic institutions that were installed to act as checks and balances on executive power. The judiciary remains far from anything resembling independent, with judges not only encouraged, but de facto required, to be CPP members. As a result, vague charges are the order of the day for silencing critics; the jailing of former CNRP members reached a peak earlier this year, while more recently, youth and environmental activists have become the government’s target of choice.

Gone are the days where political grudges in Cambodia were dealt with by hand grenades and drive-by shootings; the modern regime has adopted democratic instruments to pursue a thoroughly undemocratic path and beyond the EU, few international players have proved effective in condemning it. While the US has led the way in the targeted sanctions under the Magnitsky Act, freezing the international assets of three high-ranking Cambodian elites, the EU has instead opted for a blanket sanction that will deal a serious blow to the Kingdom’s economy in the form of paring down Cambodia’s access to the EBA scheme.

On 12 February 2020, the European Commission announced that it would be suspending roughly 20 percent of Cambodia’s access to EBA, applying tariffs to some $1.1bn’s worth of exports. The Commission’s 18-month assessment of the rights situation in Cambodia found that, “There is evidence of serious and systematic violations of core human rights and labour rights in Cambodia, in particular of the rights to political participation as well as of the freedoms of assembly, expression and association”.

The Royal Government of Cambodia was given six months to respond, with the EU giving Hun Sen every opportunity to change the course of the Kingdom’s history. In a characteristically rhetoric-laden response, the Cambodian strongman refused to “trade national sovereignty for trade or aid” and, as of 12 August 2020, the EU followed through on their threat. Since then, Cambodia’s garment sector – the chief beneficiary of EBA – has in addition been ravaged by the Covid-19 pandemic.

Shortages of raw materials, cancelled orders from international buyers and a global drop in demand for fast fashion has seen more than 130,000 Cambodian garment workers lose their jobs as some 256 factories have either suspended operations or ceased them entirely. The Cambodian Ministry of Labour has not updated these figures since May 2020, but analysts concur that the job losses have risen since the last official announcement.

The products targeted under the EU’s sanctions were primarily in the garments, textiles and travel goods sectors, but bicycles, rice and sugar were all affected too, among others. As the UK remains a solid consumer of Cambodian-made clothing, footwear and travel goods, Brexit is undermining the EU’s attempts at curbing authoritarianism in Cambodia. This was of course, never on the ballot in the 2016 referendum, but the unexpected consequences of the British establishment’s actions rarely are.

In an email interview, Phil Robertson, deputy director of the Asia division of Human Rights Watch, railed against the lack of advocacy on the part of the British embassy in Phnom Penh in the field of human rights or democratic preservation against what he called “Hun Sen’s onslaught”. His best guess as to why the UK even bothers to have an embassy there is that it is treated like a de facto first ambassadorship training ground, where diplomats avoid alienating their host government and jeopardising a promising career with the Foreign Office by not raising uncomfortable topics. However, Robertson has a warning for the UK:

“If London thinks that Human Rights Watch is going to sit about idly if they come with a post-Brexit deal that undercuts the EU’s pressure for rights improvements, then they had better think again. If Britain is not part of a rights respecting solution in Cambodia, then they are part of the problem and we will treat them as such.”

An opportunity in a crisis

Rumours of a British deal with Cambodia have been circulated via Cambodian Commerce Ministry officials and garment sector insiders who have long insisted that the UK would guarantee an EBA-style level of benefits for Cambodia. “Brexit does open up some opportunities for Cambodia,” explained Penn Sovicheat, a spokesperson for Cambodia’s Commerce Ministry, “but the main point is that we need to consolidate our trade relations with the UK even more”. He reiterated the importance of the UK as a trading partner and added that the value of bilateral trade had not been changed by the loss of EBA or by Brexit and that a free trade agreement (FTA) was the longer-term goal.

Meanwhile Chheng Kimlong, director of Centre for Governance, Innovation and Democracy at the Asian Vision Institute, a Cambodian think-tank, also sees opportunity in Brexit, expressing the view that, “It will not change UK’s dominant position in the trade negotiation with Cambodia, but in fact it would give the UK greater ability to adapt and adopt more innovative trade initiatives with Cambodia”. He explained that the UK is regarded in Cambodia as having a history of sophisticated political institutions and democratic governance, with trade relations being based on mutual trust and respect, not coercion or dominance. He was confident that Cambodia and the UK would continue to trade on this basis.

However, while Cambodian officials continue to trump up the possible advantages gained from Brexit and see it as a potential lifeline amid the growing unease Brussels has exhibited when dealing with Hun Sen’s more authoritarian stances, there are hints that that such benefits may not exist.

A source within the UK’s Department of International Trade noted that Cambodia’s access to EBA privilege would remain suspended throughout the transition period of Brexit and that there are no immediate plans to sign an FTA with Cambodia, adding that British objectives in trade would be tempered by development obligations. They went on to explain that the UK shares the EU’s concerns over human rights in Cambodia and that rights remain an issue that the British government is raising with the Cambodian government, but would not confirm whether British participation in EU sanctions on Cambodia would continue beyond the transition period.

Should Cambodian officials manage to play off the increasing desperation displayed by Johnson’s government, then the obligations that the UK has under international law may – in limited and specific fashion – be abandoned. If so, this would undermine the EU’s strategy and bolster the dictatorship of Hun Sen.

Gerald Flynn is a freelance journalist based in Phnom Penh, Cambodia where free speech and the free press have been systematically attacked.

Having left the UK in 2016, Gerald Flynn is a freelance journalist based in Phnom Penh, Cambodia where free speech and the free press have been systematically attacked. He has contributed to a range of local, regional and international English-language outlets, covering politics, business, social and environmental issues.