British citizens from 94 civil society groups around the UK have sent a letter to President Joe Biden and Vice President Kamala Harris, welcoming the stance of the Biden-Harris administration to upholding democratic values and defending the truth. 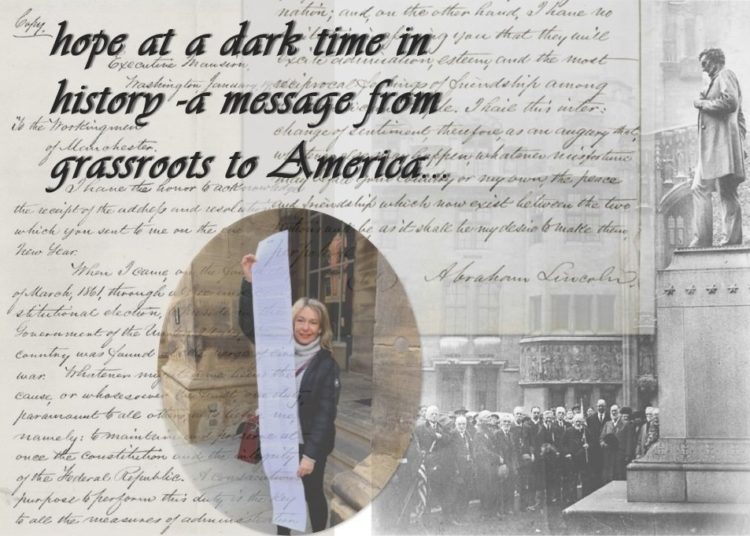 British citizens from 94 civil society groups around the UK have sent a letter to President Joe Biden and Vice President Kamala Harris, welcoming the stance of the Biden-Harris administration to upholding democratic values and defending the truth. America’s ability to turn the corner on the Trump era and uphold the rule of law in the face of insurrection, serves as inspiration for Britain.

Letter from British citizens to the Biden-Harris administration

“You have given us hope at a dark time in our own history,” the letter said.

“What particularly resonated for us here in the UK was your commitment to defending the truth and defeating the lies, your promise to uphold decency and dignity, to be a positive role model and make America a beacon to the world. We watched with admiration and longing as these are all the things we wish to see here in the UK.”

The British citizens are calling on the administration to help safeguard the Good Friday Agreement and maintain security in Northern Ireland. They have welcomed Washington’s signals that Britain should stay close to Europe.

“Frightening echoes” between Brexit and Trumpism

Commenting on the shared threat of Trumpism and Brexit, the letter notes that “frightening echoes” of the Trump legacy live on in Britain. This is exposing us to influence from Russia, and putting at risk 70 years of peace.

“As British grassroots campaigners, we have always seen Brexit for what it is: a destructive force causing economic damage and social division, that will make us weaker and poorer, economically and culturally. Recent threats to the Northern Ireland Protocol illustrate the risks that Brexit poses to the Good Friday Agreement. The checks and balances that sustained our democracy are being systematically dismantled.”

The letter ends by saying:

“The hope expressed in your speech was beautifully echoed in the moving poem by Amanda Gorman. We wish that we too can find light in this never-ending shade and discover we are unfinished rather than broken. We too desire to be a country committed to all cultures, colours, characters and conditions of man.

“We extend our heartfelt condolences to all the hundreds of thousands of your citizens who have lost loved ones in the pandemic. We wish you strength and courage to face the many challenges ahead”.

The letter was initiated by Grassroots for Europe. This is a network of civil society groups in towns and cities around the UK, and British citizens abroad, who are working to rebuild Britain’s relationships with Europe, the US, and the rest of the world.

It echoes the spirit of a letter written 160 years ago in support of the abolition of slavery, by the cotton mill workers of Manchester to President Abraham Lincoln. The letter to Abraham Lincoln was sent in 1862, after a meeting at the Free Trade Hall. It took a strong moral and political stance in supporting Lincoln in the American Civil War and the fight to abolish the slave trade.

It did so despite the economic consequences, which meant that the mills of Manchester were silent due to a blockade imposed by Lincoln that affected supplies of their main raw material – cotton. The original letter from the mill workers is available from the Manchester Archive. The reply from Lincoln is available here.

Regarding the letter to the Biden-Harris administration, Richard Wilson, chair of Grassroots for Europe, said:

“One of the ironies of Brexit is that campaigning against it has created in Britain probably the greatest, strongest pro-European movement anywhere.

“Now that Brexit has happened, we are deeply concerned by the sight of myriad businesses losing trade, and opportunities being stolen from people of all ages through the rupture of our European relationship.

“America has successfully turned the page on a grim chapter in its political history and we want Britain to do this, too. The Trump playbook is creating a poisonous political atmosphere that is not what we want in Britain. We, too, need to defeat the lies and defend the truth.

“With America firmly back on the world stage, we believe it is time for the British government to turn away from the populist ideology that has driven Brexit and to work with the US towards a better outcome for both of our countries”.

“What do you have against my flag, Steve?”

“What do you have against my flag, Steve?”