Democratic presidential candidate Joe Biden last night tweeted a clear warning to Boris Johnson that he will not allow the Good Friday Agreement to become a “casualty of Brexit”. 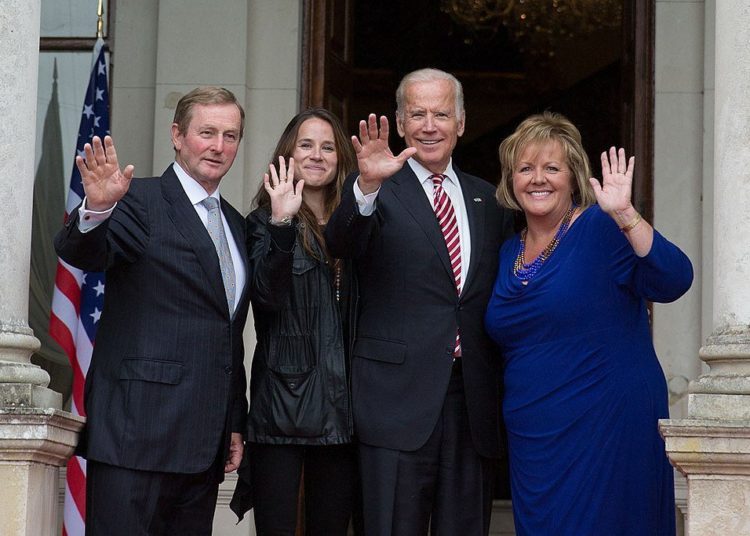 Democratic presidential candidate Joe Biden last night tweeted a clear warning to Boris Johnson that he will not allow the Good Friday Agreement to become a “casualty of Brexit”.  The former vice president, whose Irish roots are in Ballina Co Mayo, has strongly supported the peace process and was quick to condemn any move that might threaten the historic 1998 peace accord.

Biden leads Trump by between 7 and 9 percent in the latest national polling. While the race for the White House is far from over, many observers expect the Democrat Biden to become the 46th president of the United States come November. It should be remembered that whoever wins the race, the US is a guarantor of the Good Friday Agreement.

Biden’s intervention yesterday was all the more significant because it followed a meeting between Foreign Secretary Dominic Raab and US Speaker Nancy Pelosi, where Raab had offered “assurances”.  Afterwards, she released a press statement which said:

“In our meeting today with the Foreign Secretary, Chairman Richie Neal and I welcomed his assurances but reiterated the same message that we delivered to the leaders of the U.K. in London last year: if the U.K. violates its international agreements and Brexit undermines the Good Friday accord, there will be absolutely no chance of a U.S.-U.K. trade agreement passing the Congress.  The Good Friday Agreement is valued by the American people and will continue to be proudly defended in the United States Congress.”

It is clear Raab’s “assurances” were not sufficient for the Democrats. Clauses in Johnson’s UK internal market bill, which override the withdrawal agreement, threaten to become an insurmountable hurdle to a trade deal with both the EU and the USA.

Well-liked and popular, with immense sympathy in the international community, Ireland has cleverly leveraged its diplomatic efforts in both Brussels and Washington to put itself in a uniquely powerful position.

It is not an exaggeration to say that Johnson’s disastrous handling of Brexit has allowed Dublin to take back control of an historically and frequently troubled relationship with its nearest neighbour and former rulers. Ireland now holds the key to Britain’s essential and lucrative trading relationship with its largest and second largest overseas markets, representing over 65 percent of our total trade.

Brexiters are discovering that sovereignty is a two-way street.