Paige Yepko documents Joe Biden's progress with the vaccination roll out in the US; he has upped his target to 150 million people vaccinated within his first 100 days. Will he achieve this and what impact will the harsh winter have on the goal? 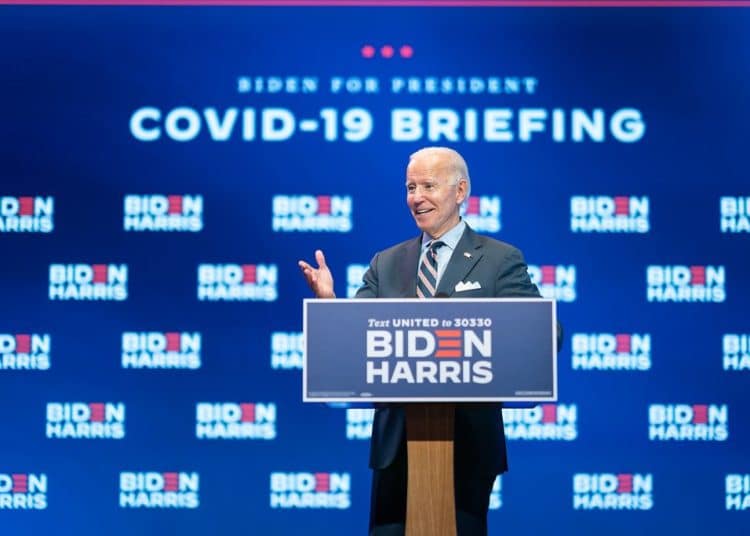 "Briefing and Press Conference Regarding the COVID-19 Vaccine - Wilmington, DE - September 16, 2020" by Biden For President is licensed under CC BY-NC-SA 2.0

Joe Biden launched his presidential campaign with some ambitious, lofty goals, one of which was to take control of the Covid-19 pandemic and administer 100 million vaccines in his first 100 days. With Biden’s first month in the oval office under his belt, how is the vaccination process faring in the United States, amongst freezing temperatures and limited production timelines?

Since Biden’s inauguration, the United States has seen an increased daily average of vaccinations from 526,000 on 10 January to 1.3 million on 17 February. These promising figures are thanks to greater supply of the vaccines at pharmacies and community health clinics, where most vaccines are administered, and has allowed broader citizen eligibility.

At this current rate, it is estimated that the United States will see 75 percent of its population vaccinated in 11 months; a figure that Dr Anthony Fauci has stated will allow a return to normal. However, President Biden has recently upped his original goal of 100 million to 150 million vaccines in 100 days. A daily vaccination average of 1.5 million will rest on manufacturers being able to create and deliver the supply on time, in spite of the current harsh weather in much of the US.

This visit to the Pfizer manufacturing site was scheduled to take place on 18 February, but had to be postponed due to harsh winter weather conditions in the region. Much of the country is grappling with severe winter storms and has all but halted vaccinations in some states.

Texas saw a steady increase of daily vaccinations until the state was hit with fierce winter storms the week of 15 February, leaving many without power and running water for days. These conditions created a critical dip in the state’s vaccination rate of their 29 million citizens, with more storms predicted across the US in weeks to come.

As of 19 February, nearly 50 million US citizens have been vaccinated during the Biden presidency with 70 days left to deliver on his new 150 million goal. Will these changes to vaccine production and distribution be enough to combat storm delays?

White House coronavirus response adviser, Andy Slavitt, said on Friday that the federal government, states and local vaccinators are going to have to redouble efforts to catch up. The setback from sprawling winter storms comes just as the vaccination campaign seemed to be on the verge of hitting its stride. All the backlogged doses should be delivered in the next several days, Slavitt said, still confident that the pace of vaccinations will recover.