Protests such as the freedom convoys have wide-ranging grievances, with strong links to far-right American libertarian billionaires 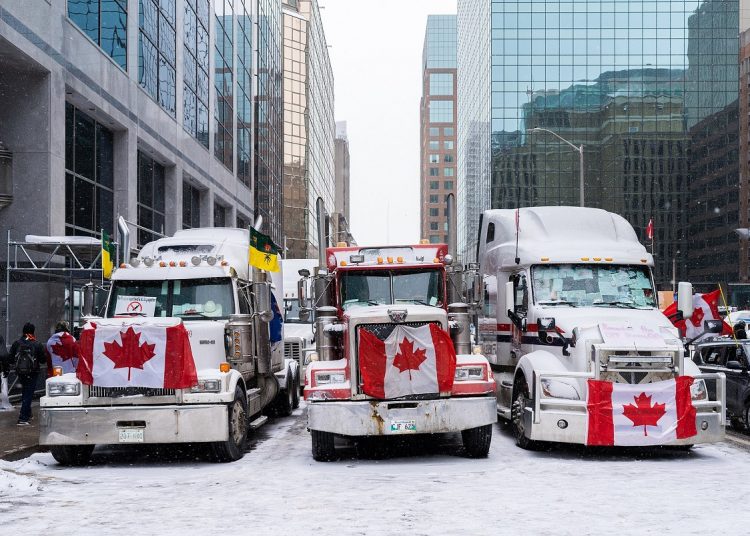 This week’s Convoie de la Liberté in France was directly inspired by the ongoing freedom convoy in Canada. It aimed to descend on Paris before making its way to Brussels for Valentine’s Day. Up to 7,500 police officers were deployed in Paris issuing 513 fines and making 97 arrests. And although the arrival in Brussels was not the dramatic event its organisers had hoped for, they managed to cause some chaos.

Looking at similar recent protests in France and elsewhere, a worrying pattern is emerging.

In November 2018, France was rocked by the protests of the gilets jaunes. What started out as a small protest against rising fuel prices, grew into a much larger-scale movement and became the longest-running protest since the Second World War. The group encompassed climate change deniers, extremes from both left and right, anti-government conspiracy theorists and a handful of desperate and lonely people who were happy to find kindred spirits on the nation’s seemingly inexhaustible supply of roundabouts.

They were also a bunch of rightly fed up people in search of an outlet for their frustration. Whilst being for the most part harmless, they were largely derided by the majority of the population who found their protests irritating. Although gilets jaunes still exist, they have dramatically diminished in number, but not before achieving some concessions from the government, notably concerning the easing of the proposed new rules for Contrôle Techniques (MOTs) and a moratorium on fuel tax rises.

More recently, the freedom convoy which has been paralysing Ottawa, is in many ways the same type of movement. Initially started as a protest against vaccine requirements for truckers crossing the US/Canadian border, the group now encompasses climate change deniers, QAnon supporters, an anti-Trudeau contingent, and a bunch Confederate flag wavers.

According to the Washington Post, the freedom convoy was the brainchild of far-right conspiracy theorist James Bauder, who two years ago was involved in the controversial United We Roll protests in Canada in support of pipelines and in opposition to carbon taxes, and who attempted to smash picket lines outside the Unifor Oil refinery.

For a local group of aggrieved haulage operatives, the freedom convoy has managed to raise staggering sums of money. Their GoFundMe account attracted donations totalling $10m in three weeks, until it was frozen for breaching the platform’s rules on non-violence. One of the contributors, American billionaire Thomas M Seibel, donated a staggering $90,000.

The group went on to raise money via the ‘Christian’ fundraising platform GiveSendGo, which in the space of a single weekend accrued $8.6m before being shut down by Ottawa’s superior court and the money refunded.

The protest is ongoing and is now receiving crypto currency donations, a fact cheered by Donald Trump and Elon Musk. 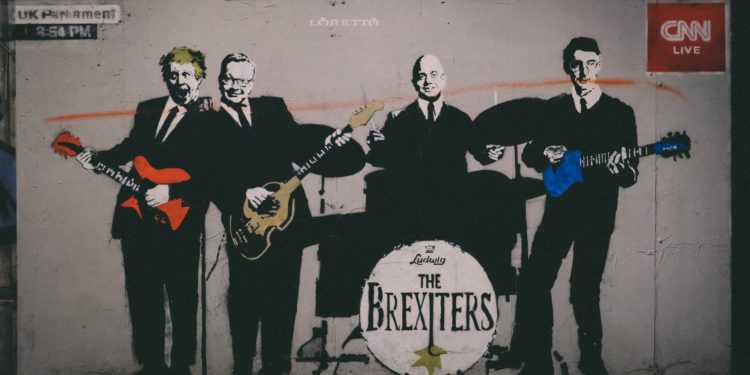 As with the earlier gilets jaunes movement and the current Canadian protest, the current protesters in French have an eclectic range of profiles. The Convoie de la Liberté attracted anti-healthpassers, anti-vaxers, people who are anti-government, supporters of the far right and left, as well as those protesting the current spike in fuel costs. They are uniformly fed up with what they perceive to be an over-controlling state.

Although there is no suggestion the French Convoie de la Liberté has received funding of any sort, it was inspired by the themes of a perceived loss of liberty, freedom, and cheap fuel that has been at the heart of causes of the French gilets jaunes, and the recent freedom convoys.

The issues of fuel and government controls mirror almost exactly the concerns of the libertarian right in the United States. Many, such as Charles Koch, are heavily invested in the fossil fuel industry and therefore have an interest in discrediting carbon emission targets and the green agenda.

The power of anti-social media

Protest movements in the west have been changing in recent years. Thanks to social media, they can harness more attention and they become less specific. Though initially centering on a single issue – the EU, fuel prices, vaccines, the ‘liberal elites’ – they in reality encompass a broad church of grievances, often with a hint of nostalgia for a bygone era. They talk of reclaiming something as if it has been lost along the way, with grandiose and wide-sweeping slogans such as ‘taking back our freedoms’, ‘Make America Great Again, ‘take back control’.

Inevitably, the internet now plays a huge role in communication and these protest groups inspire each other’s ideas, tactics and symbols. For example, Gilet Jaune (which, although it became infiltrated, was by no means a far-right movement) translates as yellow vest, the name taken by a group of far-right protesters inspired by the original French movement in 2019. The aforementioned James Bauder of the Canadian freedom convoy has links with this movement. Yellow vests also became the uniform of a bunch of pro-Brexit agitators in the UK around the same time.

The original demands of these protests, though they were never more than fringe movements, have been driven by genuine grievances: a sense of disenfranchisement, financial pressures, lack of social mobility. The somewhat nebulous and wide-ranging nature of these concerns make them easy prey for manipulation by interest groups serving the financial and political interests of a completely different section of society.

Sincethe early 2010s, 55 Tufton Street in London has been home to several right-wing think tanks. The members of these groups are often themselves prominent in, or have close ties to, the government, with several in the Cabinet itself.

From this location the following organisations have operated, or currently do so:

The titles of these groups provide information as to the areas in which they hope to influence policy. The names often sound benign and non-partisan – they are anything but.

Despite the fact that none of these organisations discloses the sources of their funds, there have been leaks, most famously by former employee Shamir Sanni. He revealed that most of the funding is from the American libertarian right and that Matthew Elliot, the founder and former chief executive of the TaxPayers’ Alliance, was formerly a partner at Awareness Analytics Partners (A2P), a data analysis technology company, with ties to the Devos, Trump and Koch families.

His wife Sarah was a fundraiser for Americans for Prosperity, a US right-wing libertarian campaign group funded by the Koch brothers. She now chairs the Republicans Oversees in London.

These ‘think tanks’ are closely linked with, and often funded by, mega rich major players in the American libertarian right – the very same people who have been promoting the Canadian freedom convoy and which in turn inspired the French Convoie de Liberté plus other convoys in Austria, the Netherlands and New Zealand.

In this article at least six billionaires are referenced who are encouraging grassroots protests across the globe by ordinary people.

Call me a cynic, but I doubt it’s because they care.