Appeasement with the Russian dictator Putin hasn't worked, but it's shown once and for all that dialogue was ultimately not possible. 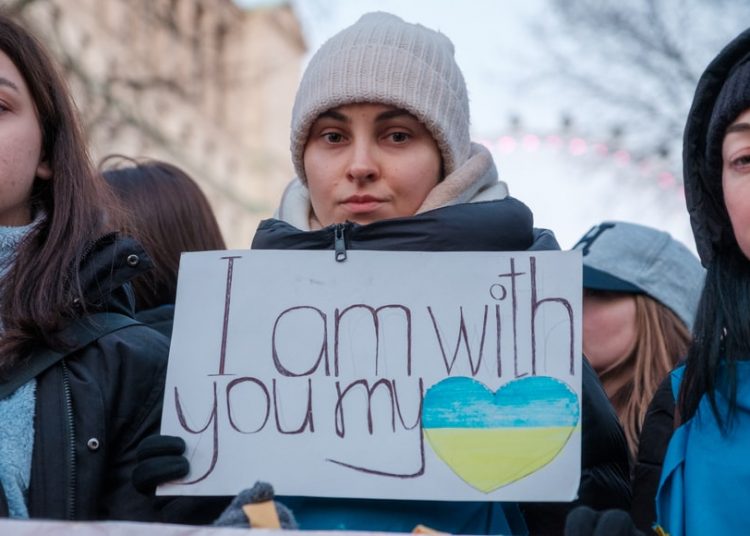 One of the worst things about power is that eventually it corrupts. Even the finest and most honest of people get dragged into dark places when they no longer need to listen to those who might disagree with them and start to believe their own propaganda.

At one stage of his life, Chairman Mao was popular enough to persuade hundreds of thousands of people to undergo the privations of the long march. People followed him out of choice because he offered a message of hope and because the areas of the country that he controlled seemed well governed. He was able to change himself from a rebel with a cause into an all-powerful leader of an enormous country. The transformation was not good for his character. He started out inspiring people with his honesty and self-denial in a common cause. He ended up asking for young women to be kidnapped from the streets and brought to his bed.

President Putin did not start out with the advantage of inspiring people with his honesty. His prime attraction for many people in Russia is that he put an end to the chaos of the Gorbachev/Yeltsin era and created stability. He had a talent for taking carefully measured risks and for cleverly calculating exactly what he could get away with internationally and how he could tighten control domestically step by step.

Unfortunately, he has now demonstrated to one and all that he has lost that ability to calculate accurately. He has massively over reached himself.

Right now, the pain of that miscalculation is falling on the people of the Ukraine. Predicting military actions is a mug’s game, but the extent of Russian force massed around Ukraine is highly likely to be able to secure a quick and a decisive conventional military victory. A lot of people will die. Much will be destroyed. Yet he will be able to proclaim victory. Just as George Bush did when he invaded Iraq.

Then the pain is likely to get even worse for all concerned. It is probable that Putin genuinely believes in his heart that the bulk of the Ukrainian people will be grateful to be re-incorporated within the one people governed by the greater Russian state. The opposite is likely to be the case. Putin is already highly unpopular in much of the Ukraine. Invading the country and killing soldiers and no doubt a number of innocent civilians is not going to increase his popularity.

Put simply Putin is quite capable of physically occupying the Ukraine and appointing a puppet government. Sooner or later, the troops have to get out of the tanks and the task of managing the country has to begin. Putin’s forces are likely to face two kinds of resistance. Day-to-day silent opposition from a resentful population that will never forget or forgive what he has done. Accompanied by violent acts against the occupying forces. The cycle of repression producing resistance, which produces worse oppression and more violent resistance, is likely to be long, hard and ugly.

The cost of trying to enforce that oppression will be high. The benefits in terms of domestic popularity might prove very short lived. It was the war in Afghanistan that finished off the Soviets. Most Russian people have friends and relatives in the Ukraine. Ordinary Russians may at first be quite easily sold the message that two great peoples are now united in friendship. It may not be long before some start asking why there were so many promises that Russia would never invade, why so many soldiers and security forces are coming back in body bags, and why the economy is in tatters.

This has led many people to make a parallel with appeasement at the start of the Second World War. It is an interesting parallel. Chamberlin has gone down in history as being a coward who refused to stand up to a bully and left Britain alone and isolated going into a major war. In reality, he had little choice. After the experiences of the First World War, there was little enthusiasm in Britain for another war and a lot of people might have proved reluctant to fight in 1938.

What Chamberlin achieved via his prevarication was that he illustrated to a cautious public that it was not possible to do business with Hitler. He proved that war was necessary. He made what was necessary popular. Incredibly, even after Hitler invaded France there were Conservative politicians at the very top of government who still wanted to strike a deal with the devil but the failure of the Munich appeasement was the prime tool that allowed Churchill and Atlee to place Britain solidly behind resistance.

The failure of appeasement of Putin may now have led the West to a similar place. Until the all-out invasion of Ukraine, it was possible to make a case that some sort of dialogue was achievable, and mutual interest in peace and prosperity might suffice to control the man’s ambitions. It was possible to believe that it was acceptable to carry on buying his oil and then let the money come back into London to be laundered. It was possible to believe that it was no problem that shadowy money from Russia financed much of the Brexit social media campaign and was now pouring into the Conservative Party coffers.

Now we all know the reality. An isolated old man with extreme nationalist beliefs is gambling with our futures. It is going to take a decade of determination to make him pay. Accompanied by huge pain and suffering in the Ukraine, in Russia and in the West. Meanwhile another powerful old man is harbouring his own ambitions for expansion. Is Xi Jinping eying up Taiwan with equally deluded intent?

We live in dangerous times and are led by a buffoon who can’t be trusted. Sometimes optimism is hard to come by. Our thoughts must be with the people of Ukraine as their lives are being put through hell because of the ego of one dangerous dictator.