After International Women’s Day, Amanda Robinson asks: when will women be treated equally?

Amanda Robinson looks at what more needs to be done for women's rights across the world; ignorance, she argues, is one of the key barriers to gender equality. Both Brexit and Covid will have repercussions for women. 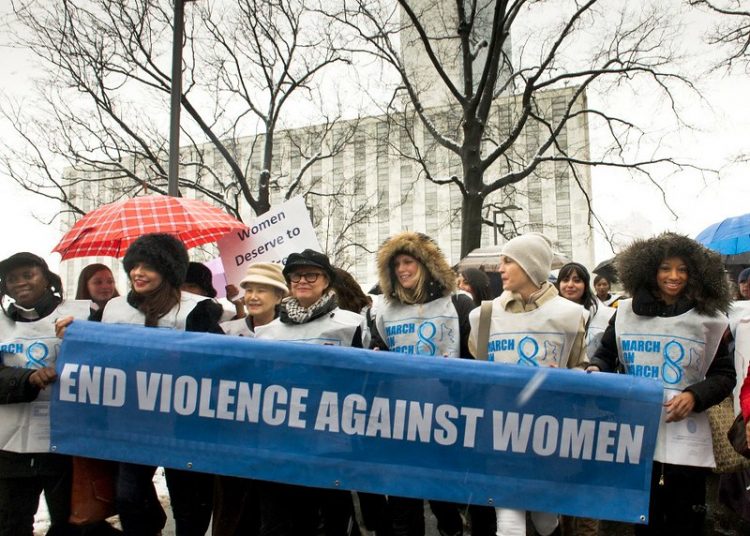 “Gender equality is not only a fundamental human right, but a necessary foundation for a peaceful, prosperous and sustainable world.” The UN

Even though the UK has seen improvement over recent decades – in my view, partly because of the UK’s membership of the EU and subsequent development of equality law – it is my experience that women’s rights are often disregarded and, worse, women continue to suffer more than men in the workplace and at home.

While we know that the majority of men are not predators, I know of few women that have not experienced sexual harassment. Harassment is not limited to adults; I was 11 when I was first sexually harassed. Perhaps that’s why child marriage turns my stomach – it’s abhorrent that there is child marriage in our ‘modern’ world. When a child’s future is dictated by their gender, it is simply unfair.

Child marriage is also likely to limit their opportunity to engage fully in education. Historically, there were reasons for such an approach, but that reasoning is now – in today’s world – an excuse for what is, in my opinion, inhumane. It also shows that in 2021 women are treated vastly different from men in many societies throughout the world.

I suspect that if our experience of sexist behaviour just existed outside work, most of us in the UK would cope. However, according to a 2019 TUC report, more than one in two women are sexually harassed in the workplace. I have had the misfortune of this too.

A lawyer I had rebuffed, after he kept telling me what he’d like to do to me and repeatedly grabbing me whenever I had the displeasure of working him, told his colleagues I was no longer accepting instructions. This negatively affected both my work and my income, simply because I dared to stand up to him. He isn’t the only ‘professional’ that I’ve encountered that is a poor-quality substitute for a human being. In my work, I’ve dealt with many cases that have illustrated that too often women are marginalised, abused and mistreated in the workplace.

Before the penny dropped about the negative consequences of Brexit on equality law and workers’ rights, I had started to believe we were near to changing the UK for future generations. I fear now I was possibly deluded. I have little doubt that Brexit will lead to a reduction of workers’ rights, which will most likely impact on women. Additionally, the UK at the moment – where people are accused of being ‘woke’ for challenging discrimination (I still have not got the foggiest how this is meant to be insulting) – is not the most encouraging of environments for people interested in a fairer society.

Two metre social distancing has been a benefit of Covid-19, and one that I’ve relished. But the downside – apart from the obvious – has been the inequalities between men and women. Globally, women are most likely to risk their lives in healthcare services and in the UK, 77 percent of the workforce at high risk of exposure to coronavirus are women, the economic downturn as a result of covid is more likely to impact on women in the UK, and women are more likely to bear the brunt of caring responsibilities.

While these facts are somewhat surprising, this quote shocked me:

“Before the pandemic struck, women already faced a century-long wait to reach parity with men, a daunting prospect that now risks becoming further out of reach if the economic disparities unleashed by the crisis are ignored”.

The pandemic has highlighted what has been present all along: the continued lack of equal treatment of men and women permeates through households and the workplace, and it will take time to change this.

One starting point for change is the government. But with only 34 percent female members of parliament and very poor representation in the Cabinet, we might need to look to ourselves to set the example. To add insult to injury, the government withdrew a ‘Stay Home’ advert following allegations it was sexist and which I originally thought was a 1950s-style joke.

One might wonder what hope there is in a country whose government allowed this advert – presumably paid for with public funds – into the public domain.

I suspect the problem is ignorance. Inequality can often result because of historic issues, which many people may not appreciate. An example is when the armed forces altered their practices to promote greater equality. Once women were permitted to undertake the same roles as men in the armed forces, there remained a lack of awareness that historic inequality could still affect women in terms of pay and promotion. Pensions too would be affected because, as we know, they usually relate to salary.

When the pensions changes resulted in 1950s-born women facing a delay in access to their state pension, this was a double-whammy. Anyone who had to work in the 1960s and 1970s has my deep sympathy. If women in the workplace face adverse work experiences in 2021, I cannot imagine what it would have been like historically. For women who did not have the benefit of the equality legislation for part of their working lives, it seems inherently unfair for them to face the pension change, when they expected to retire at 60.

Perhaps the inequality experienced in the 1960s had never gone away, but the inequalities that continued to exist have been exposed and exacerbated by covid.

Only by taking steps to challenge inequality ourselves – even if we risk the ‘woke’ label – can we ensure gender equality and a brighter future for the next generation. And don’t we owe the future generation a better world than the one we have experienced?