How will the UK's broken asylum system cope with the current crisis in Afghanistan, when the political will to fix it simply isn't there? 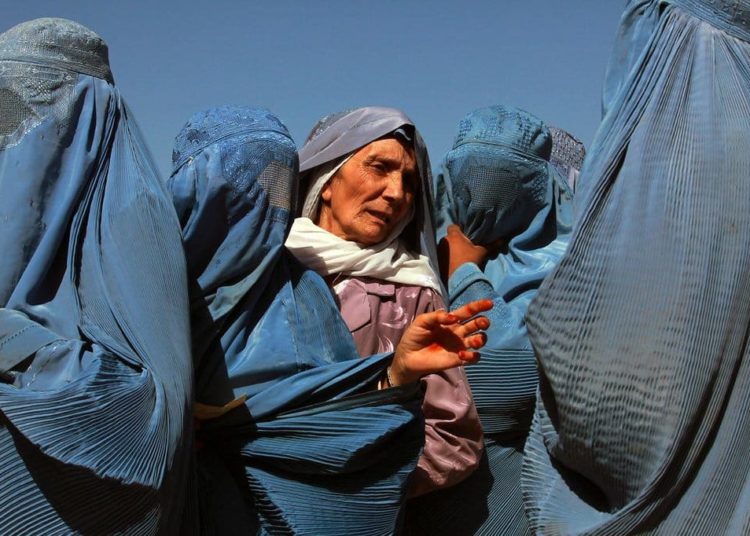 The pressing priority for aid agencies and governments is to get as many foreign nationals and vulnerable Afghan citizens out of the country before American troops and the protection they provide leave Kabul airport, probably on 31 August. Refugees are currently leaving the country at about 30,000 a day and on Saturday, 92 arrived in Scarborough.

Comparatively few of those fleeing Afghanistan will get out by plane and most of those fleeing are travelling by road and open country to Pakistan and Iran. Some of those will, over the coming months and years, try to get to the UK or to other European countries. How will the UK’s broken asylum system cope?

The poorest countries have taken the most refugees

This current crisis comes on top of previous crises. There are 80 million displaced people worldwide, of whom 26.4 million have sought refuge in another country. The figure increases years on year, as new civil wars (South Sudan), ethnic cleansing (Myanmar and China), and social and economic collapse (Venezuela) continue unabated. Only about five million people are resettled every year and few refugees are able to return to their home country.

Generally, it is world’s poorest countries that host the most refugees, Turkey, Columbia, Pakistan and Uganda being the top four. In Europe, Germany hosts the most (1,111,300) but the poorer southern countries – Greece, Spain and Italy – take the greatest share of new arrivals. The UK, the seventh richest country in the world, took in only 21,000 refugees in 2019/20 compared with Germany’s 122,000 and France’s 93,000.

Within the UK, it is the most deprived areas that have accepted the most refugees (Glasgow and Bradford) as accommodation is cheap and the rates the Home Office pay to house refugees is so low. While cities may be willing to take asylum seekers and refugees, they face difficulties if asylum claims are rejected by the Home Office and financial support is withdrawn. The burden of destitution then falls on those cities where refugees are located or where a significant community of nationals is already based. These tend to be in the most deprived areas.

Since the outbreak of coronavirus, the Home Office has placed asylum seekers in hotels. This arrangement, while enabling greater geographical equity in terms of refugee numbers, has not been without its problems, concentrating large numbers of refugees together in accommodation not designed for families or for children, where social distancing in corridors and in hotel restaurants is impossible.

In recent days, Mohammed Munid Majeedi, a five-year-old child fell to his death from a window of a hotel in Sheffield that had already failed safety inspections, and there have been criticisms of children being left without help alone in hotels.

A number of refugees, particularly single men, spend their first weeks in the ex-army Napier barracks in Kent that have been condemned by the immigration inspectorate as derelict and unsuited to accommodating large numbers of people in a virus.

If a person is given asylum, they have 28 days in which to find their own accommodation and become self-supporting. They are entitled to use public services and to seek employment. Their protected status may come with or without ‘recourse to public funds’. Those without recourse to public funds are entirely reliant on any money they may have, or charity. Those refused asylum have no access to public funding or services.

The exception to this has been the vulnerable persons relocation (VPR) scheme that operated from 2015–2020 and, primarily, took refugees from Syria. The scheme was very small, supporting only 20,000 refugees over five years; and a mix of cities and small towns, including Skipton and Richmond, have provided refuge. Something very similar is currently being planned by the UK government in respect of Afghan refugees.

The VPR scheme is a five-year programme of support which includes accommodation, English language tuition, additional mental health counselling and support for those who have experienced trauma, access to public services, and permission to work after two years and help in finding work. Day-to-day support is provided through the Refugee Council (or another local support group) – primarily through a network of local volunteers.

From the outset, the government stated that Syrian refugees should not be seen to be ‘jumping’ housing queues and so sought ‘spare capacity’ housing from private housing providers. Local authorities opted in to taking refugees and to managing the overall programme.

The VPR scheme is not perfect. The language tuition and job-finding support is insufficient to meet need, and the level of trauma that many refuges have experienced has made it difficult for many to adjust. On the other hand, local communities have been very supportive, schools have been excellent and health care has been good.

Overall, the UK resettlement scheme has worked well for refugees and for the local host communities. It offers a ‘gold-standard’ of refugee support. Unfortunately it is only available to those who come via ‘authorised’ routes and the vast majority of refugees in the UK are ineligible.

The government intends that the divide between those who arrive in the UK via ‘authorised’ routes and those who come via small boats or other means should widen. The bill includes proposals to make those who come to the UK by unauthorised routes ineligible to apply for asylum (under international law the UK cannot refuse asylum on the basis of means of arrival) and to process asylum application in immigration centres – some of which may be located in any other country that will take them.

The government announced yesterday that it will set up such centres in Pakistan and Turkey for Afghan refugees – but the Turkish government said that it had not been approached and would not agree to the request.

There is no evidence that these new measures will deter those fleeing war torn countries or people smugglers from bringing refugees into UK waters. The result from the Australian experiment on which this is based suggest otherwise. Research found the measures ineffective, costly and cruel.

I have written previously about the Home Office’s incompetence and the sclerotic nature of the asylum system. There is currently a backlog of 66,185 asylum cases waiting resolution. Some have been in the system for more than two years. Forty-eight percent of applications are refused, but many (a third of those appealing) are granted asylum on appeal.

Many of those refused asylum cannot be deported, as the countries to which they might be sent are not safe. Around 4,000 Afghan people in the UK have been refused asylum but cannot now be deported to Afghanistan. This is a lot of refugees for whom the UK government already has a responsibility and is failing.

Practicalities vs political will

In 2015, in the midst of the last refugee crisis Angela Merkel said, “let them come … we can manage it”. Some 170,000 refugees arrived and Germany did manage it. Germany has not suffered a disproportionate increase in Islamic terrorism or crime as a result. The (mainly Syrian) refugees are mostly working now and paying taxes and a high proportion of their children have gone on to university. The extreme right wing AfD party, that forecast and attempted to stoke hatred, lost support.

There was no miraculous conversion to pro-refugee policies (and Germany has tightened up its immigration criteria since then) and a considerable burden was placed on local communities. Some willingly accepted this, others less so. The main lesson from this is that Germany got on with it and managed it as best they could. The sky did not fall in and Germany has become no less German for extending its welcome.

Priti Patel has said that the UK cannot cope with more than 20,000 refugees. The UK is the seventh richest nation in the world. Less than 1 percent of our population came here as a refugee and the UK ranks 14 in Europe in numbers of refugees per head of population. It aspires to be a global player on the world’s stage and yet maintains it is incapable of managing more than 5,000 refugees a year, or prepare for the expected influx caused by its withdrawal from Afghanistan.

This incapacity is entirely due to lack of political will, and a system that is deliberately designed to be ineffective.

Refugee Council have a crisis appeal to support refugees – including those from Afghanistan – rebuilding their lives in the UK. To donate, please visit their website.