The government’s integrated rail plan is an example of its inability to commit to ‘levelling up’ in the North; Labour may benefit from this. 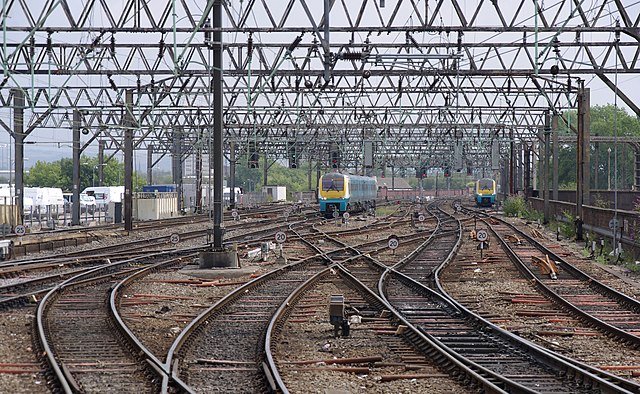 Just weeks after becoming prime minister in 2019, Boris Johnson stood before Stephenson’s Rocket in Manchester’s Science and Industry Museum and pledged to build the Northern Powerhouse Rail (NPR) link between Manchester and Leeds. This commitment was reaffirmed in the Conservative’s 2019 general election manifesto.

Yet, the government’s recently published integrated rail plan (IRP), the long-awaited document that sets out the government’s plan for improving rail infrastructure in the North and Midlands in the coming years, falls short of this promise.

As well as the failure to deliver NPR, the IRP also confirms the long-trailed decision to scrap the eastern leg of HS2, which would have connected Leeds and South Yorkshire with the route at Birmingham. While HS2 does not quite enjoy the wide range of support that NPR does, this decision is still seen as bitterly disappointing for many.

The lack of ambition and scope in the IRP in terms of delivering the transformative infrastructural change that the North needs is not only socially and economically damaging but may also have a significant impact on the political debate about the region.

Looking for quick wins with the integrated rail plan

The aim to cut costs owes much to the Treasury’s self-imposed fiscal constraints. This is indicative of wider tensions within government on the limits of public spending and divisions amongst the Conservative party and its voter base more generally, between those who want to see increased government spending, particularly in the North, and fiscal conservatives.

Given this, the government has sought to prioritise what it sees as quicker wins over more transformative projects. As such, it stresses that the fruit of the plans will be less expensive, and delivered up to ten years sooner than those under previous proposals.

However, while some of the long-promised electrification upgrades and local improvements are pledged to take place before the end of this decade, many of the more substantial projects in the North are not set to materialise before 2040.

The government has also sought to present its plans as being beneficial to politically expedient ‘red wall’-type areas. In the IRP, it is claimed that many towns and smaller conurbations across the North and Midlands will benefit more from the proposals than they would have under previous plans.

The need to address connectivity issues in towns is indeed vital, and while it is beyond the remit of the IRP, attention on buses and other infrastructure may be just as important as rail. Yet, the scrapping of key projects that would have been beneficial to the region as a whole, is a negative for Northerners in both towns and cities.
While the government may have hedged its bets on the proposals set out in the IRP suiting its political narrative in the short term, the search for cheaper, quicker wins at the expense of delivering on a more ambitious agenda undermines any serious ideas of levelling up. 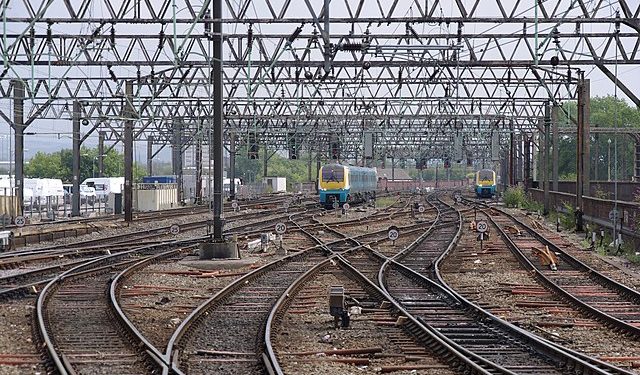 A ‘betrayal’ of the North

This is an argument that has rung out across the political spectrum and civic society in the North. Northern newspapers have come together to jointly criticise the government’s proposals with their ‘choose the North’ campaign.

Numerous Conservative representatives have expressed disappointment and frustration in the government’s plans. Keighley MP, Robbie Moore, has argued that the proposals leave the region “completely short-changed”. Meanwhile, the Conservative chair of the transport select committee, Huw Merriman, has accused the prime minister of “selling perpetual sunlight and then leaving it to others to explain the arrival of moonlight”.

This Conservative disquiet owes much to the perceived importance of transport investment to the levelling up agenda. Many are worried about how failures on delivering on such commitments may hamper their prospects of re-election and appear willing to challenge the government.

Opposition seize on the government’s failed ‘levelling up’ plans

The idea that the government is breaking promises and letting the North down is one that political opponents are unsurprisingly keen to press on. South Yorkshire mayor, Dan Jarvis, has argued that “nobody in the north should believe a word they [the government] say again”.

In much the same vein, Labour’s shadow transport minister, Jim McMahon, has described the proposals as the “great train robbery” and a “betrayal of the North”. Meanwhile, Labour leader, Sir Keir Starmer, has attacked the government for what he describes as their “broken promises to the North”.

Evidently, Starmer and Labour are seeking to draw parallels between wider concerns about the questionable trustworthiness of the government and its ability to deliver on its rhetoric on levelling up the North.

Will failed plans derail the government?

Whilst we have witnessed significant cross-party, pan-Northern discontent before, the political fallout from the IRP may prove more damaging for the government than previous Northern risings.

In the past, Labour’s Northern representatives have taken the lead on seeking to hold the government to account on its commitments to the region. The fact that Labour’s national leadership has responded so strongly to the implications of the IRP in the North demonstrates that the party recognises the importance of the issue as well as the political damage that failures to deliver on transport promises to the region may cause the government.

Evidence suggests that almost two-thirds of people in the North believe that the government cares less about people in their area than those elsewhere in the country, and that the IRP has done little to rectify the assumption that the North is treated unfairly, particularly in terms of transport investment. It is this sentiment of injustice that Labour is seeking to tap into.

While some within the Labour party have complained that the response to the IRP risks a misguided pitching of North versus South, especially London, if Labour is serious about winning back its lost voters in the North, it must speak directly to the real and significant grievances felt across the region.

While the plans set out in the IRP will not have an immediate impact on voters’ day-to-day lives, persistent broken promises to the North will be noted and remembered. There appears to be a growing sense from political opponents that linking the broken commitments to the region on levelling up with wider questions around integrity and trust could be a fruitful line of attack against a government that appears increasingly beleaguered on numerous fronts.

Ryan is a third year PhD researcher at the University of Leeds. He researchers and writes on the politics of the North of England. Ryan has written articles for a variety of publications and contributed to discussions on local radio and TV.