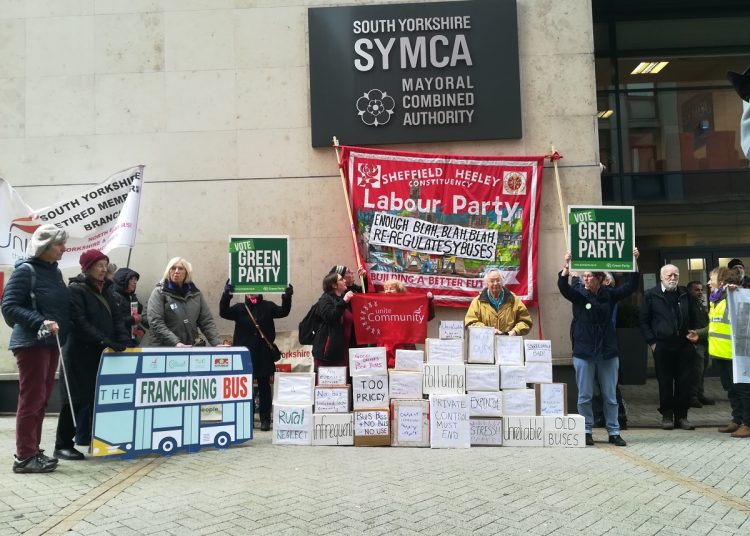 Today, South Yorkshire will elect a new mayor. The winner will face two emergencies: the cost of living and the climate crisis. We believe that a single policy could start addressing both issues: bringing buses into public control.

Nearly 40 percent of South Yorkshire’s carbon emissions come from transport (mostly cars) while the cost of fuel is hitting record highs, threatening to push local people into poverty. The region’s buses were once world leading: both affordable and convenient. Many of us would leave the car at home if they still were. Instead, we have seen years of decline.

Passenger levels dropped over a fifth in the last decade. Up to a quarter of services fail to turn up on time. Fares rise well above inflation. And all the while the network is shrinking.

For these reasons, a report on the ‘significant human rights impacts’ of UK bus policies by a former UN expert, Professor Philip Alston, singled out the failures of South Yorkshire’s buses. However, the report also pointed to a way to reverse this damage: public control.

Bring buses back under public control

Public control, or franchising, would put local services under the control of the mayor, unlocking powers to simplify tickets, lower costs, and integrate services. In London and Jersey, public control has helped increase local bus journeys, shifting people out of cars.

It comes as no surprise that several candidates for mayor have already declared their support for bringing buses into public control. How can voters compare these promises and be sure that the next mayor will deliver the change our region desperately needs?

Drawing on the bus review, chaired by Clive Betts MP, we recommend all candidates, no matter their current position, make a clear better buses pledge. This should include a commitment to take a final decision on public control within two years of election, through a process that is accountable, prompt, and transparent.

Before public control can happen, the law requires local authorities to demonstrate they are making an informed decision through a so-called franchising assessment. In March this year, the region’s leaders launched this assessment, but a decision will only be reached quickly if the next mayor makes it a priority. 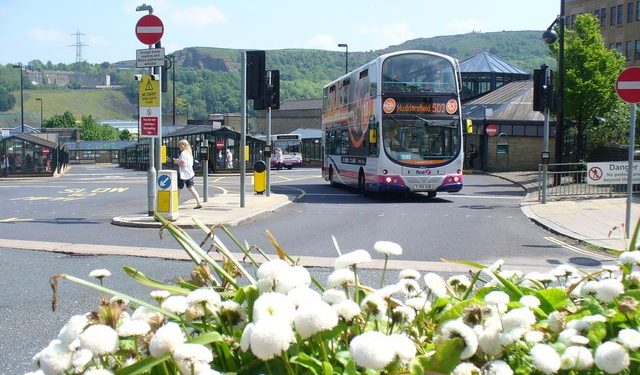 Current estimates suggest a final decision could be taken by July 2023, as recommended by the Betts’ review, but a more realistic date is January 2024. We believe that candidates should aim to take a final decision within their first two years of office.

However, the process itself must also be accountable,asthis decision will have big implications for local people. Candidates can bake in accountability by appointing a bus franchising progress manager to deliver the assessment on time and on budget.

To ensure a prompt decision, candidates should take the first step in the assessment, accessing data from current operators, in their first two months in office. This data is important because to start estimating the costs and benefits to the voters of public control, the mayor needs up-to-date information about how it is performing now. That means using commercially sensitive data from the people who are currently in charge: private operators. Without this data, the process cannot move forward.

Finally, the road towards public control must be transparent. That means setting out a clear timetable, with monthly goals, to help the public measure the mayor’s progress. The current combined authority timetable gives a whole year to drafting a business case for and against franchising, with no signposts for public scrutiny in that time.

South Yorkshire needs action now. Clearer and more frequent targets will help reassure the public that their mayor is taking every step to deliver this result and keep them informed. Better buses will be key in the fight against the climate crisis and spiralling fuel prices.

If the candidates for mayor want to show the public they understand the urgency of this crisis, they will promise an accountable, prompt, and transparent decision on bus reform in their first two years in office. They will make the better buses pledge.