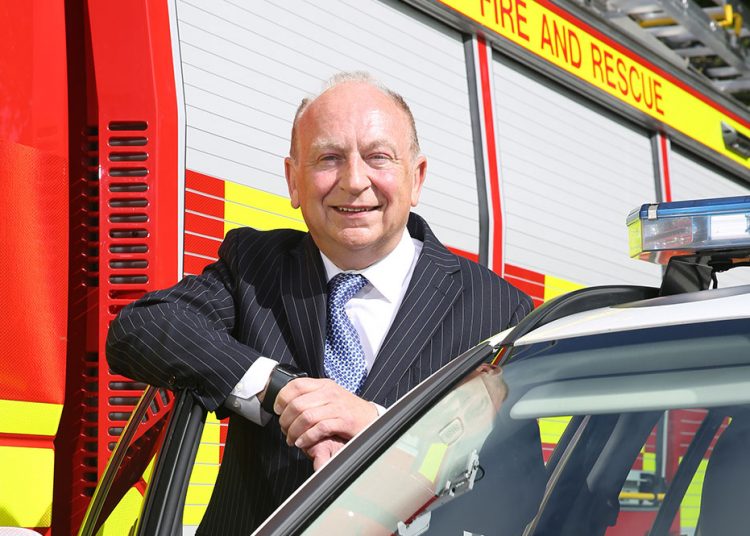 The number of people calling the Conservative police, fire and crime commissioner (PFCC) for North Yorkshire, to resign has been growing. This follows an interview Philip Allott gave on Radio York on Friday regarding the murder of Sarah Everard. The interview has been described as “disgraceful”.

Calls for the police commissioner’s resignation

In a statement released after the radio interview on Friday, the Thirsk and Malton Labour party said:

“The whole country is universally appalled at yesterday’s revelations that a serving police officer arrested Sarah Everard in a public place with the sole intention to rape and to kill her. Everyone who heard the facts yesterday understood that Sarah Everard was completely unable to avoid her fate once the police officer identified himself as a member of the police force. She had no way to escape.

“Yet, having had 24 hours to digest these facts Philip Allott, the man responsible to the citizens of North Yorkshire for holding the North Yorkshire police force to account, tells us that Sarah Everard should have resisted arrest and further, that women should take responsibility to know more about police and legal processes. He chose to blame women for men’s violence towards them.

“Thirsk and Malton Labour party hold that he was expressing his own conclusion from the revelations of yesterday and that his subsequent apology is false and simply expresses his regret to the reaction to his comments, a reaction of universal condemnation.” 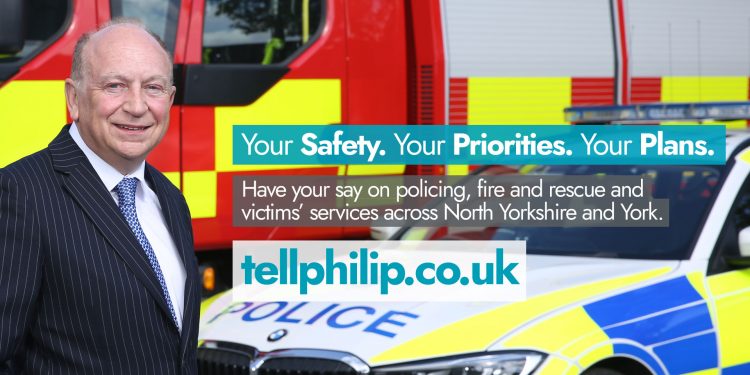 The call for Allott to step down with immediate effect was reiterated by Alison Hume, Labour’s PFCC candidate for North Yorkshire in May 2021. In a statement released Friday evening, Hume said:

“The victim blaming comments made today by Philip Allott about Sarah Everard and women generally are both shocking and offensive. His cruel observation that Sarah should not have ‘submitted’ to the arrest by a police officer made the hairs stand up on my neck. Who wouldn’t have done what they were told when shown a valid warrant card by a serving police officer? Sarah Everard did what any law-abiding citizen would have done. It is beyond belief that Mr Allott would suggest anything to the contrary.”

Ms Hume added, “No-one who read the heartrending victim impact statement by Sarah Everard’s mother, where she describes shouting out at the same time of the evening when her precious daughter was abducted, ‘Don’t get in the car Sarah!’, will ever forget it, and certainly no-one will ever forget Sarah Everard. The fact that Sarah came from the area Mr Allott was elected to represent make his comments even more grotesque.”

Ms Hume went on to say:

“Women have lost faith in the police. The vast majority of survivors of sexual violence and assault never report to police, and it’s not hard to understand why. The charge rate for domestic abuse related crime in North Yorkshire in 2019/20 was just 4 percent, compared to 9 percent in England and Wales as a whole. Mr Allott already had a huge job on his hands when he was elected, and it is clear from today that he simply isn’t up to it.

“Violence against women and girls is at epidemic proportions in York and North Yorkshire. How can Mr Allott hold the police force to account on our behalf with views which suggest women are somehow responsible for what happens to us at the hands of violent men? His hurried apology is simply not enough. I call on Philip Allott to resign with immediate effect.”

Across the North Yorkshire region, demand for Allott’s resignation has been increasing. Richmond Labour party stated:

“Richmond (Yorks) Labour Party are absolutely appalled at the comments made by Conservative Police, Fire and Crime Commissioner Philip Allott.

“Only recently elected, it has not taken long for Mr Allot to show his true feelings when it comes to the job of making our streets safer for women and girls who are far too often on the receiving end of violence.

“As a party we fully support campaigns to end violence against women, and Alison Hume our Labour candidate, had specific plans to address this issue, by reinstating community support officers as a visible deterrent, and providing every neighbourhood with a specific officer, who women would have been able, confidentially, to bring attention to threatening behaviour, before it escalated.

“At a time when trust in the police is at an all time low, and the service finds itself stretched due to lack of funding from Conservative government and Conservative crime commissioners, we find the comments made to be insensitive, unprofessional and profoundly worrying.

“It is impossible to believe that the people of North Yorkshire can feel safe on our streets when this is the attitude of the man in charge of the force, and we feel that nothing less than a resignation will suffice to stop the rot after ten years of Conservative failure.”

On Friday afternoon, Allott took to Twitter to retract his comments, having apparently realised they were ‘insensitive’.

None of which changes the fact that the comments reflect how he actually thinks.

“Over the past 24 hours I have received an unprecedented amount of correspondence from FBU members regarding Mr Allott’s comments – the common theme is outrage. In a situation where the focus should be on the tragic rape and murder of Sarah Everard and love for her family and friendship, he has shifted focus to his own outrageous and perspective-less comments. All public sector leaders that deal in trust should be reflecting on the lessons that can be learned from this tragedy and looking at how this can be avoided in the future, rather than blaming victims.

“This criticism and concern is not in regard to rank-and-file police officers but in relation to the comments made by the PFCC.

“Given the laws that surround the election of PFCCs and MPs, Mr Allott’s future is largely in his own hands. FBU members have made clear to us what his next steps should be.

At the Old Bailey on Thursday, Lord Justice Fulford sentenced the man responsible for Sarah’s murder, Wayne Couzens, to spend the rest of his life in prison. Lord Justice Fulford described Sarah’s killing as “grotesque” and said the seriousness of the case was so “exceptionally high” that it warranted the whole-life order.

Article updated 02.10.21 and 03.10.21 to include the comments from Richmond Labour party, the Twitter apology from Mr Allott and the response from North Yorkshire Fire Brigades Union.