Can the original objectives of HS2 still be met, and will the Yorkshire region receive its much-promised 'economic boost'? 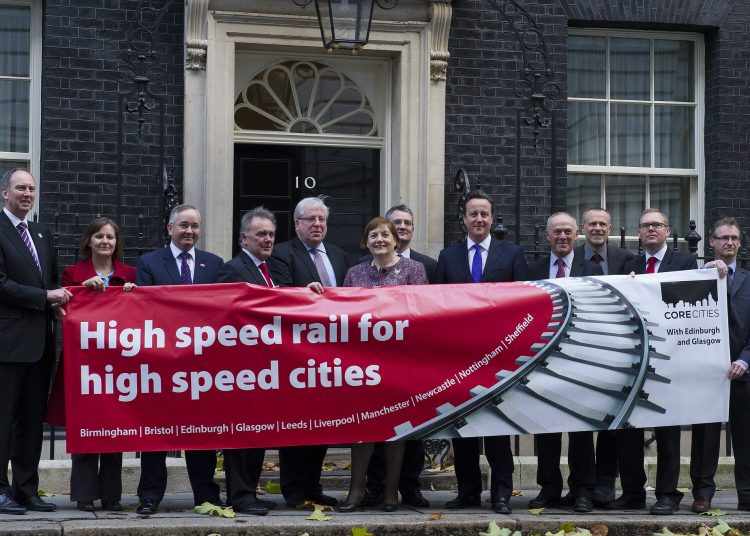 Today, MPs will debate a petition calling for work to be stopped on HS2 immediately and for a new vote to be held to repeal the legislation. This debate comes at a time when a claim as to whether MPs misled parliament as to the cost and forecast demands, is still being pursued by Lord Berkeley, once deputy chair of the Oakervee Review, an independent panel charged by the Department of Transport to test the evidence to allow the government to proceed.

The construction of HS2 is certainly proving to be controversial, with passionate arguments from environmentalists, contrasting with supporters of high-speed rail.

The eastern leg of HS2 connecting Leeds has come under the spotlight recently, with work being paused causing rising uncertainty over whether it will come to fruition. A lack of access to the route for Yorkshire could challenge the ‘levelling up’ programme from the government and cause Yorkshire to be left behind. The official HS2 website says that once the integrated rail plan is published, more details will emerge regarding the boosting of capacity and improving connectivity. However, comments by Mark Thurston, chief executive officer for HS2, that “the eastern leg will play out in the fullness of time”, appeared to be taken from the script of ‘Yes, Prime Minister’. 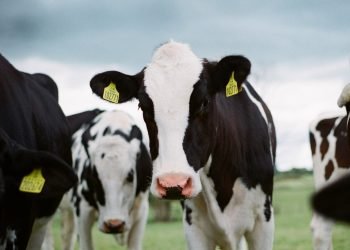 Supporters of HS2 maintain that with the UK’s emission target for 100 percent reduction in emissions by 2050, high-speed rail needs to be the solution. HS2’s official website claims that, “As one of the most sustainable high speed railways in the world, HS2 will support the UK in making the transition to a net zero carbon economy. We will minimise carbon emissions as we build, deliver low carbon journeys and cut carbon emissions from other forms of transport”.

Some doubt has been cast on this carbon neutral target though, as it is heavily reliant on unspecified government policies to encourage the modal shift in transport requirements.

Greens4HS2, a group of HS2 supporters, cite a report conducted by Mark Brewer, calculating the carbon savings of HS2. This report suggests that carbon neutrality will be well beyond the 2050 date, especially as the timeframe is calculated from the completion of HS2 – a date that is currently unknown.

Greens4HS2 then present the conclusion that, “So over 60 years HS2 will be pretty much CO2 neutral, going by HS2’s own calculations” – a timeframe that extends well beyond the government’s own target of 2050.

In 2020, the Wildlife Trust published a report outlining the potential damage and concluded that, “The proposed HS2 scheme will be devastating to the natural environment”. The report challenged HS2 Ltd’s own pledge of ‘no net loss in biodiversity’ by commenting that:

“HS2 Ltd made a commitment to no net loss in biodiversity at a route-wide level (an overall no net loss along the whole route of HS2). The findings of this report show unequivocally that ‘no net loss’ of biodiversity by HS2 is unachievable under current plans.”

The report outlined the negative impact on species and habitats at risk, including 108 ancient woodlands that they describe as being “threatened with loss or damage”.

In response, HS2 Ltd state that, “HS2 aims to be one of the most environmentally responsible infrastructure projects ever delivered in the UK”. HS2 Ltd also make the ambitious pledge that they will offset the damage caused to ancient woodlands by replacing these with newly planted trees:

“We will also plant 7 million new trees and shrubs on the first phase of the railway alone including 40 native species, specific to each location.”

The pledge is ambitious, as England falls far behind her neighbouring countries when comparisons on tree-planting are made, despite promises made in recent political parties’ manifestos. 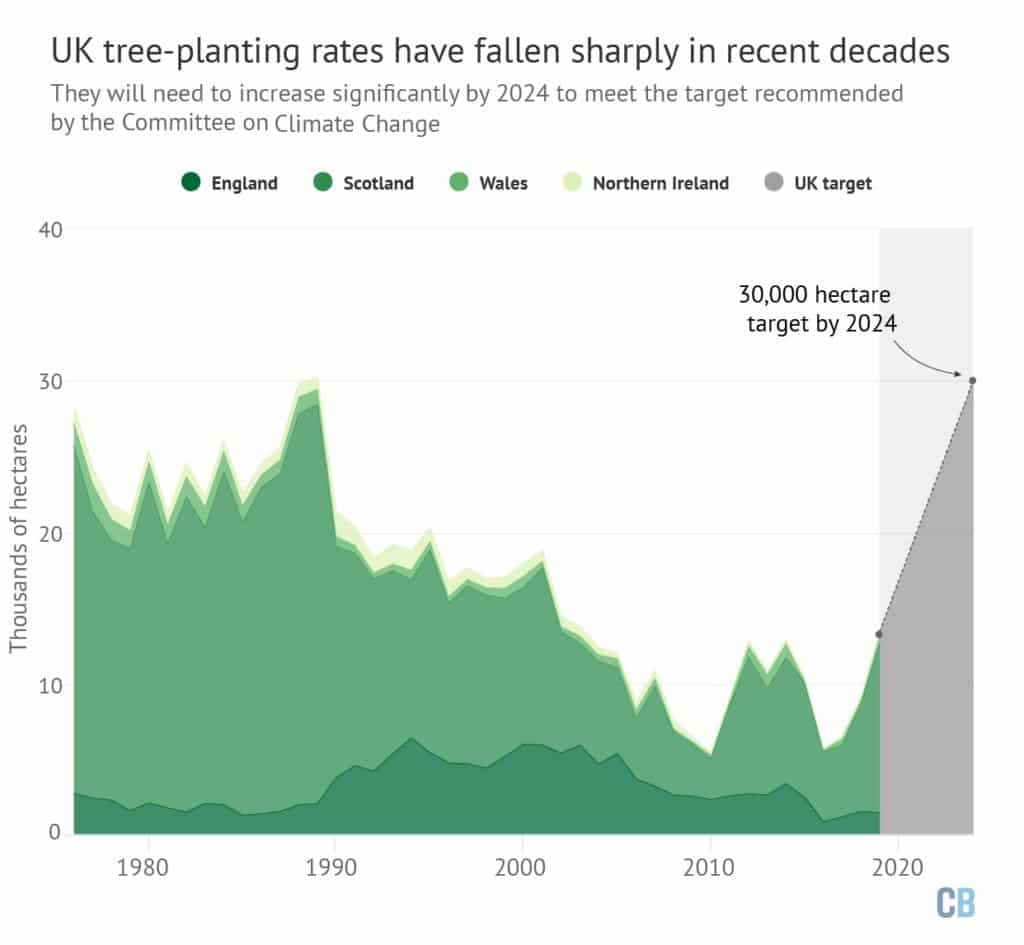 Spiralling costs, or a much-needed investment?

The financial cost of HS2 is contentious. With an initial budget of £33bn, this has grown now to a conservative figure of £88bn, while Lord Berkeley claimed last year that costs could be as high as £170bn, a number which the Department of Transport does not recognise and describes as “baseless” and “false”. It’s worth noting that initial estimates cannot factor in unforeseen delays; the expectation for large infrastructure projects is that they will go over the initial budget.

Advocates for the HS2 line, such as the Greens4HS2 group, comment that the costs should be seen more as an investment in an ailing and ageing rail infrastructure:

“HS2 is an investment. It will generate a return for the Treasury through ticket sales, taxes paid by its staff, rent on its property etc. And the extra economic activity in the Midlands and North that it will generate. The government could even one day sell HS2, just like it did with HS1 in 2010, and recoup the investment.”

There are already calls for higher rail prices at the start of next year, which would be the biggest rise in a decade. This is therefore likely to impact on how much of the cost of HS2 can be recouped through ticket pricing.

Road or rail – where should the priority be?

Campaigners in favour of HS2 construction point out that road usage in terms of domestic emissions vastly outweighs the emissions from domestic rail, and that more attention should be focused on stopping road expansion via the road investment strategy.

Certainly with road emissions combining to amount for over 90 percent of the transport modes in 2019, while domestic rail amounts to less than 2 percent, it does seem that reducing road emissions will help the UK meet targets faster. 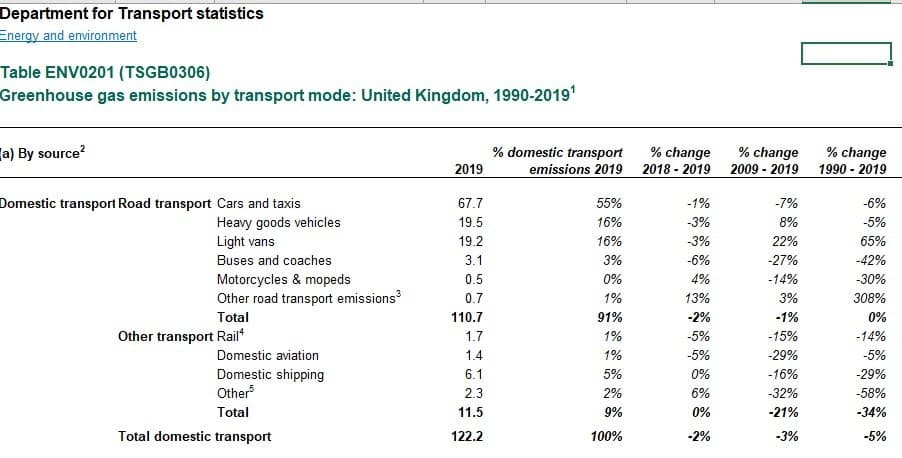 Parliamentary debate and the impact on the HS2 Eastern leg

According to the Leeds City Region HS2 Growth Strategy Report 2018, a potential 45,000 jobs in the region could be created by 2050, with the completion of HS2. If the Integrated Rail Plan does confirm the halting of the eastern leg, then these regional jobs will be lost and the economic divide between north and south will grow.

Whether or not today’s debate in the House of Commons amounts to anything, speculation as to the future of the HS2 Eastern leg is likely to continue. 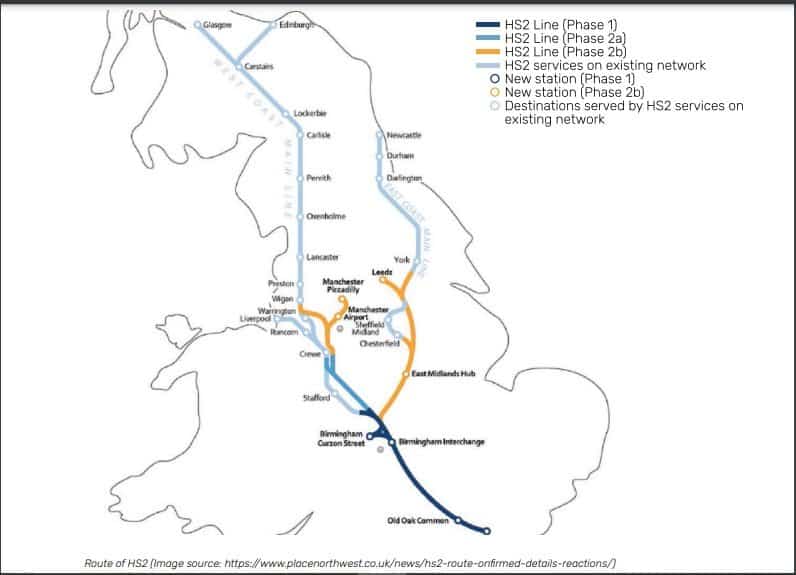 Breakages must be paid for: balanced books and broken promises