Pritil Patel is on a mission to prevent migrants on dinghies coming to the UK. In fact, there is nothing illegal about their journey. 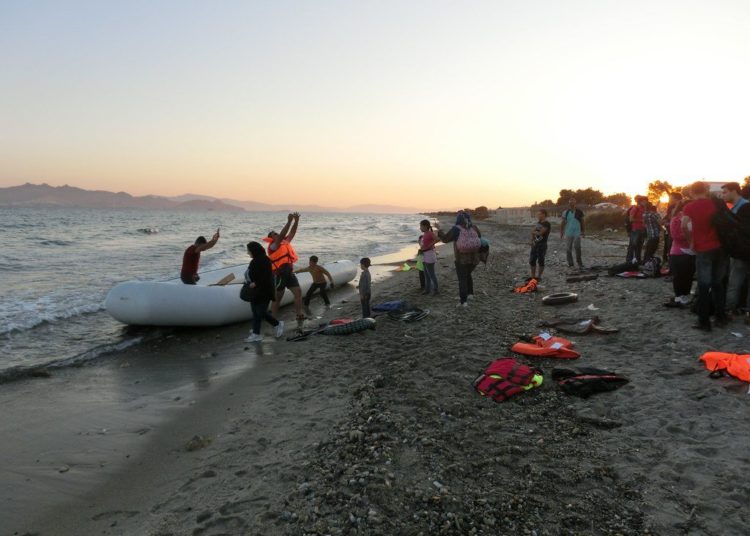 As those who’ve been keeping a close eye on UK immigration matters will know, Home Secretary Priti Patel is on a mission to stop migrants from coming across the English Channel in small dinghies and boats. Now the UK’s left the EU and the transition period has come to an end, the Home Office is refining its strategy for preventing migrants from crossing from France.

At present, this strategy appears to be three-fold:

Asylum seekers and ‘illegal’ immigration: a problem of terminology

One word you’ll see in a great deal of media coverage regarding migrants who cross the channel is ‘illegal’. Indeed, the government frequently uses this turn of phrase. A Home Office spokesperson recently stated:

“People should claim asylum in the first safe country they reach and not risk their lives making these dangerous crossings. We are continuing to pursue the criminals behind these illegal crossings … The government is also returning illegal migrants who have no right to stay in the UK to safe countries.”

Patel has recently said, “If you illegally enter the UK via a safe country in which you could have claimed asylum, you are not seeking refuge from imminent peril, as is the intended purpose of the asylum system, but are picking the UK as a preferred destination over others”.

It could be argued that conflating the issue of migrants passing through safe countries to get to the UK with them being returned to one of them makes this seem like an illegal act. In fact, this is not the case. The right to seek asylum is a right that we all share under the UN Refugee Convention.

Article 1, of the 1951 Convention Relating to the Status of Refugees states that a refugee is a person who “owing to a well-founded fear of being persecuted for reasons of race, religion, nationality, membership of a particular social group, or political opinion, is outside the country of his nationality, and is unable to or, owing to such fear, is unwilling to avail himself of the protection of that country”.

Coming by boat to the UK doesn’t make someone illegal. The mode of transport to a country in which a person claims asylum does not confer illegality. Furthermore, there’s no need to claim asylum in the first safe country. Nothing in the 1951 Convention makes this so.

What about the Dublin III Regulations?

The Dublin III Regulations, which apply in the EU and require one EU country to accept responsibility for a person who has claimed asylum, no longer apply in the UK following Brexit. These regulations previously enabled the UK to return some asylum seekers to a country in the EU without first assessing their claim for asylum.

There are two main implications of no longer bound by Dublin III:

Regardless of the fact that Dublin III will no longer apply in the UK immigration, we’re still bound by the 1951 Convention, as this was not tied to EU membership.

How is Priti Patel going to discourage cross-channel asylum seekers?

What Patel appears to be planning is to reward those who come to the UK and claim asylum through officially sanctioned routes with fast-tracked permanent residency. One of the official routes permitted by the UK government is the Syrian resettlement scheme, for example.

At the same time, those who come through routes it deems not permissible (especially those reliant on criminal gangs) may face ongoing uncertainty in terms of detention and repeated attempts to have them removed to a ‘safe country’.

The Home Office is effectively going to rely on establishing ‘safe and legal’ routes to the UK while saying that they want to stop people becoming the victims of unscrupulous gangs who profit from their unsafe passage across the channel.

The problem with this approach is that the government will control what it considers to be safe and legal routes. This ignores the plight of many thousands of migrants who don’t have an officially sanctioned asylum route.

It also appears that by continuing to threaten to send asylum seeker back to another safe country through which they have already passed, the government will still be in breach of the 1951 Convention. Indeed, nothing suggested so far in the new strategy deals with this key issue.

As such, until Patel can reach agreements with other countries to have asylum seekers sent back, it’s difficult to see how the government can simply do this.

The home secretary has something of a political and legal minefield to cross to adhere to the 1951 Convention while sending back asylum seekers who come to the UK after paying criminal gangs to get here. There’s absolutely no doubt that people smugglers need to be stamped out and brought to justice, but the plight of those on the boats is ultimately paramount.

Whether they arrive in a dinghy, by rail, or on a first-class seat on a jet does not matter as far as the Convention is concerned.

Tracey Woodward is a content writer for Reiss Edwards, one of UK’s leading Immigration solicitors law firm that offers immigration services to individuals and businesses across the UK and globally.

Never walk behind the bowler’s arm

Tracey is a content writer for Reiss Edwards, one of UK’s leading Immigration solicitors law firm that offers immigration services to individuals and businesses across the UK and globally.